The 2018-19 financial year was a record breaker for the value of Australian red meat and livestock exports, with beef, lamb and mutton all surpassing historical highs. Elevated levels of livestock turnoff, strong global demand and a weak Australian dollar all helped underpin the record figures.

In terms of the top markets, the US remains the most valuable destination for boxed Australian red meat with China and Japan both close behind. 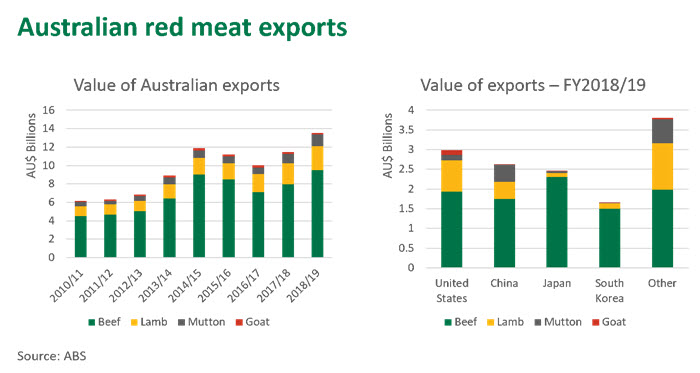 For overall value, there was a 1% swing in favour of the frozen variety (62% frozen, 38% chilled). This shift can be partly attributed to emerging demand from China, where the beef export mix is comprised of 90% frozen due to limited chilled plant access and cold chain restrictions.

There was prominent growth across all of Australia’s major beef export markets: 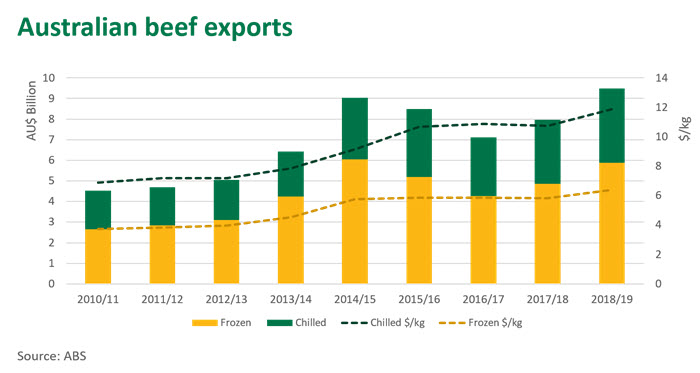 The value of lamb exports continues to steeply climb, hitting A$2.6 billion for the financial year. Reoccurring growth has been a consistent theme, with 9%, 17%, and 16% year-on-year growth for the previous three years respectively.  Chilled lamb sits at a $3.70/kg premium over frozen, 35¢ up on the 5-year average. 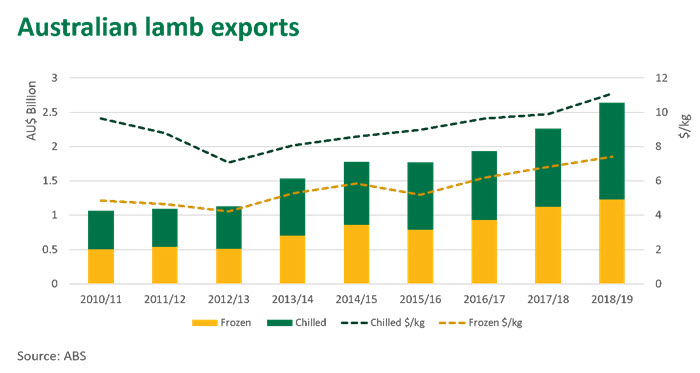 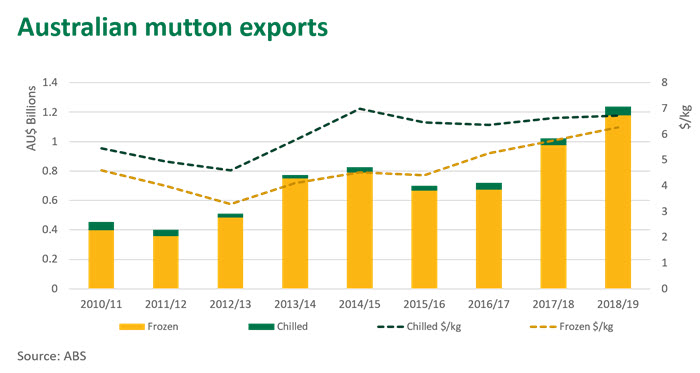 One of the key factors driving this growth is an Australian dollar which is currently sitting at a 10-year low (as discussed last week), which has made Australian product more affordable globally. The average value for the Australian dollar in 2018-19 was US 71.5¢, below the US 83.7¢ average recorded when export values previously peaked in 2014-15. While the volume of beef exports were 11% below 2014-15, the weaker dollar has supported greater value gains.