No relief from grain pain

Notwithstanding an easing trend in recent months, domestic grain prices remain historically high, challenging profitability for lotfeeders and graziers alike. On the other hand, shifting global trade dynamics - including the emergence of new production regions in Eastern Europe - have contributed to a global supply surplus. 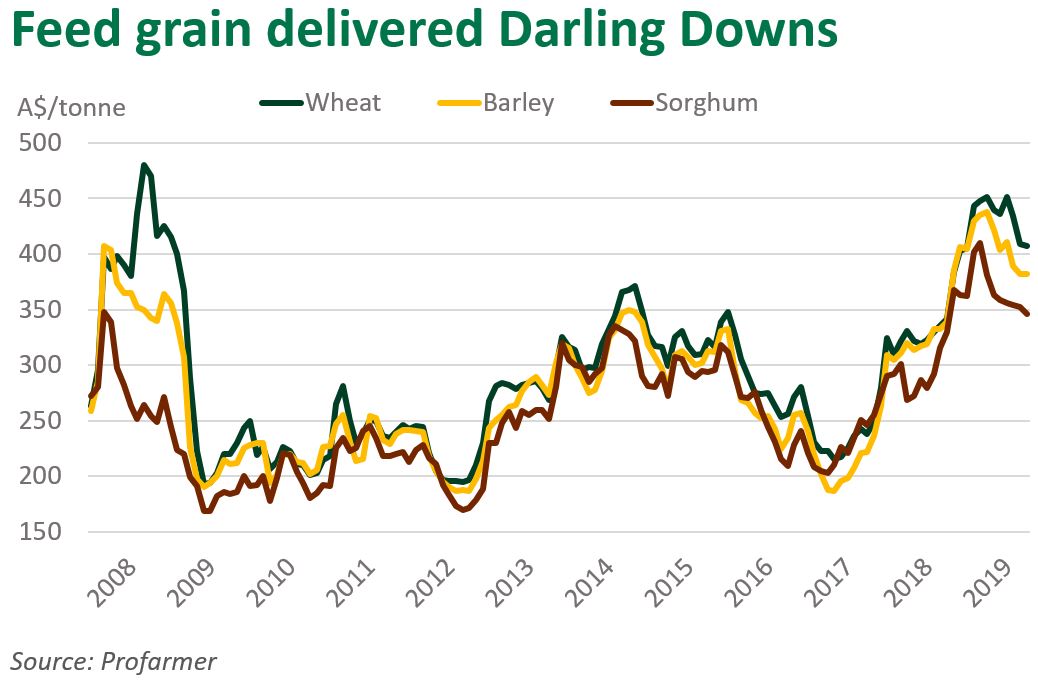 Due to challenging growing conditions, an increasing proportion of Australian production was required to service domestic demand during the last two years. Meanwhile, countries such as Ukraine and Russia have emerged as major suppliers to some of Australia’s key export markets. This shift will likely have significant implications for prices in the years to come, particularly when Australian grain production recovers to more typical levels.

If the 2019 cropping season proves fruitful, particularly in eastern Australia, grain prices could ease in line with international levels. Added to this, Australian exporters may have to compete with new lower-cost producers in some of their traditional markets, which may further compound price falls.

In terms of the outlook for winter, beneficial late-March rainfall provided a much-needed morale boost in some key grain production regions across eastern Australia. Despite this, major moisture deficiencies remain in most areas.

The most recent BOM outlook shows no strong indication of above-average rainfall for the coming months. As such, limited soil moisture may prove a major obstacle for grain growers who are hoping to plant during optimal sowing windows – and domestic users can expect grain prices to remain at high levels.