Prices for young cattle in Western Australia have been gaining momentum throughout 2020. On Monday 22 June, the Western Young Cattle Indicator (WYCI) was reported at 756¢/kg carcase weight (cwt), 230¢ above year-ago levels and a record high for the indicator. Despite opening the year at a premium to the Eastern Young Cattle Indicator (EYCI), the WYCI is currently trading at a 15¢ discount, as widespread rainfall across the eastern states saw demand for young cattle drive prices in the east to record levels.

Recent rainfall in the southwest region of Western Australia has seen the WYCI increase 30¢ from where it was recorded a week ago, as competition for young cattle intensifies. Feeder buyers have been strong in the market, purchasing 68% of WYCI eligible cattle for June to date at an average premium of 13¢ to restockers and 46¢ to processors. Comparatively, in the east restocker buyers are trading at an average premium of 49¢ to feeder buyers and 73¢ to processors for EYCI eligible cattle, as they look to rebuild herd numbers on the back of increased pasture availability.

At the finished end of the market, the eastern states heavy cow indicator is trading 72¢ higher than its western counterpart, with medium cow prices also favouring the east by 4¢. However, feeder steers in Western Australia saw a significant increase from last week to outperform the eastern states by 9¢. 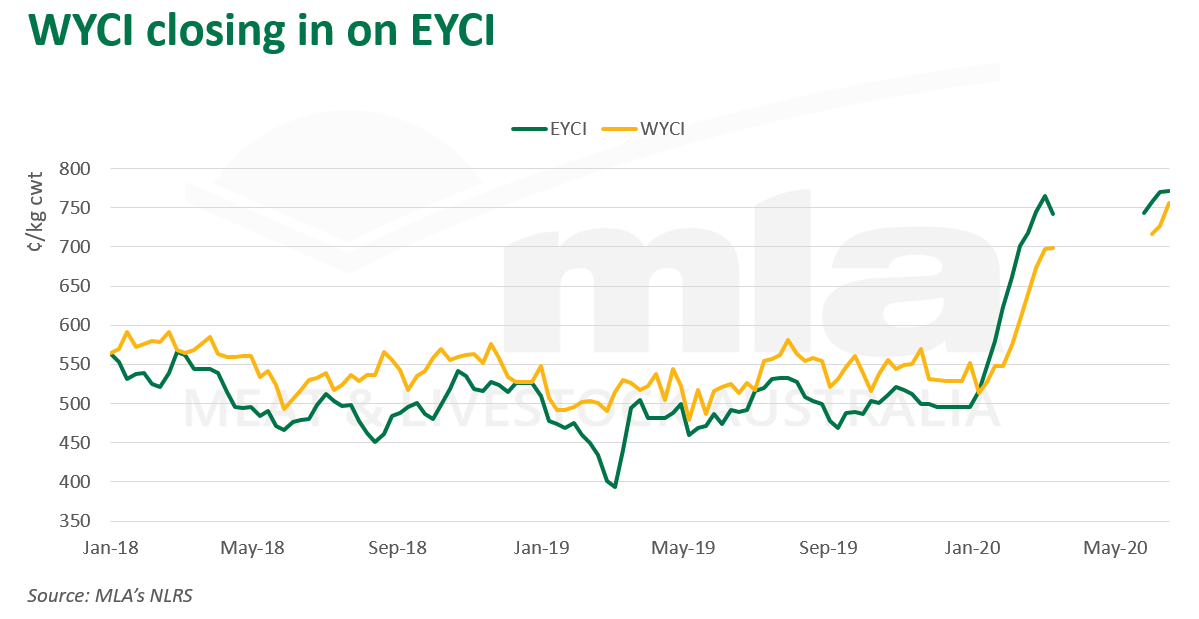