Cattle need phosphorus (P) for almost every vital function of the body. It’s used for:

The cattle that have the highest P requirements are growing stock, late-pregnant heifers and cows, and lactating cows.

The benefits of P

For many regions in northern Australia, P deficiency is a serious nutritional issue for beef herds and can cause major losses in productivity and profitability.

MLA’s Why do cattle need phosphorus? A guide for northern beef producers outlines the signs and impacts of P deficiency and provides a guide to supplementation. 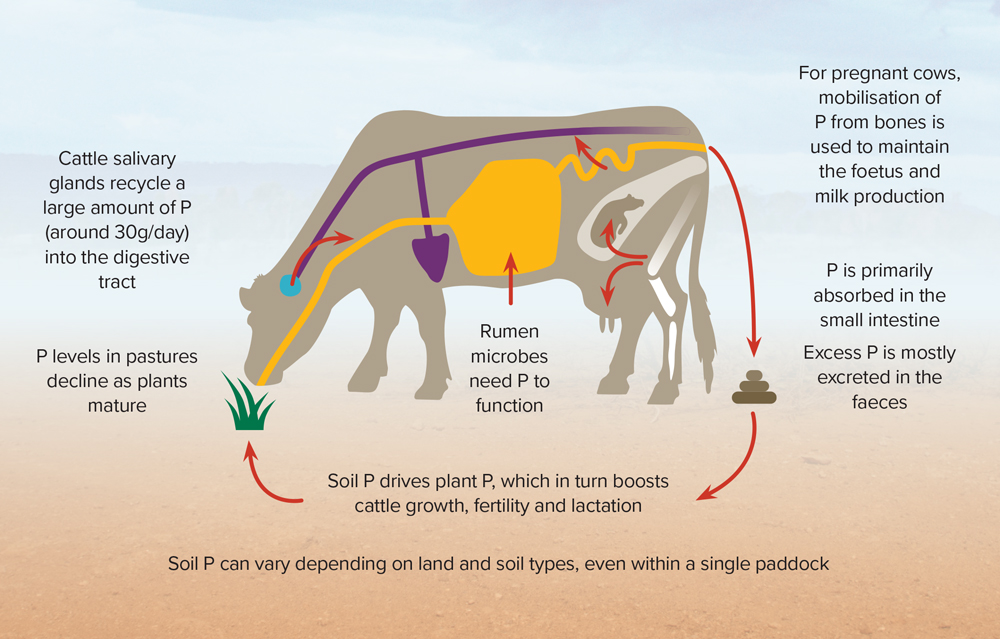 How to identify a P deficiency

It’s not uncommon for beef producers to be unaware that a P problem exists in their herd. If stock are gaining weight and body condition is maintained once the wet season has started, there can be a misconception that stock are getting the nutrients they need from only pasture – which isn’t always the case.

Here are some ways to identify a P deficiency:

The best time to supplement

All classes of cattle, whether they be steers, heifers or breeders, will benefit from phosphorus supplementation.

The response of the cattle depends on the severity of deficiency, class of animal and diet quality.

The greatest benefits from supplementation on deficient pastures are achieved over the wet season when grass is green, and stock are gaining weight.

The supplementation guide in MLA’s Why do cattle need phosphorus? A guide for northern beef producers provides top tips, herd requirements by stock class and other considerations.