Through close to 82,500(1) Australian businesses, the red meat and livestock industry contributed $18.4 billion(1) to Gross Domestic Product (GDP) – or 1.6% of Australia’s key industry GDP – and generated $13.3 billion(2) in export revenue through the supply of products to more than 100 global markets in 2016-17.

In 2016-17, the Australian red meat and livestock industry created (direct and indirect) employment for approximately 438,100 people(1).

Australia was the world’s third largest beef exporter (after Brazil and India) in 2017(3), and the largest exporter of sheepmeat in 2016(4).

Download the State of the Industry Report: The Australian Red Meat and Livestock Industry

Find out fast facts about the beef cattle industry 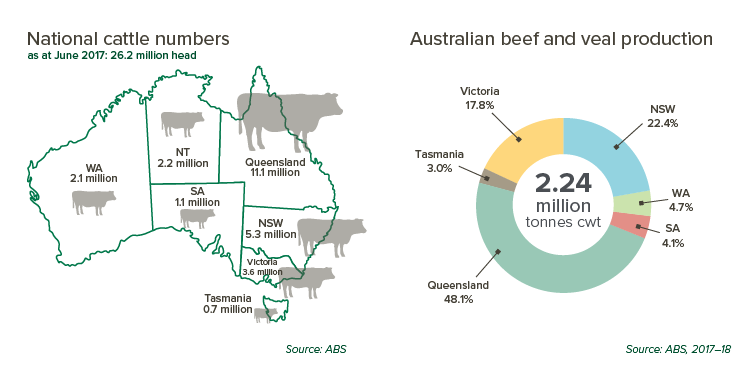 Find out fast facts about the sheepmeat industry 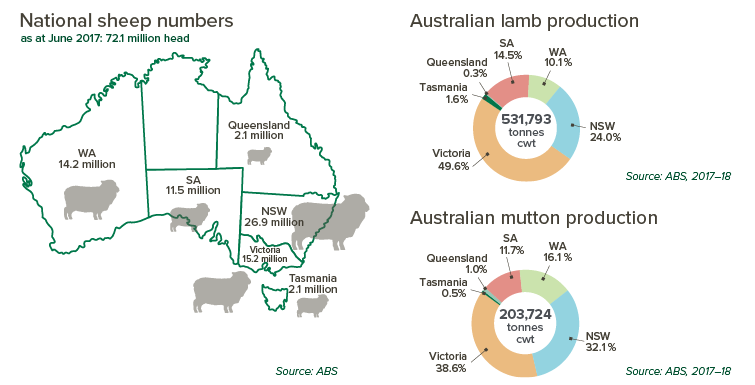 Find out fast facts about the goatmeat industry

In August 2018, MLA launched a new online platform that provides consumers with an open and trusted source of information about the production of beef, sheep and goat meat in Australia.

Good Meat demonstrates how Australian red meat is produced sustainably, in high welfare systems and is an important part of a healthy balanced diet.