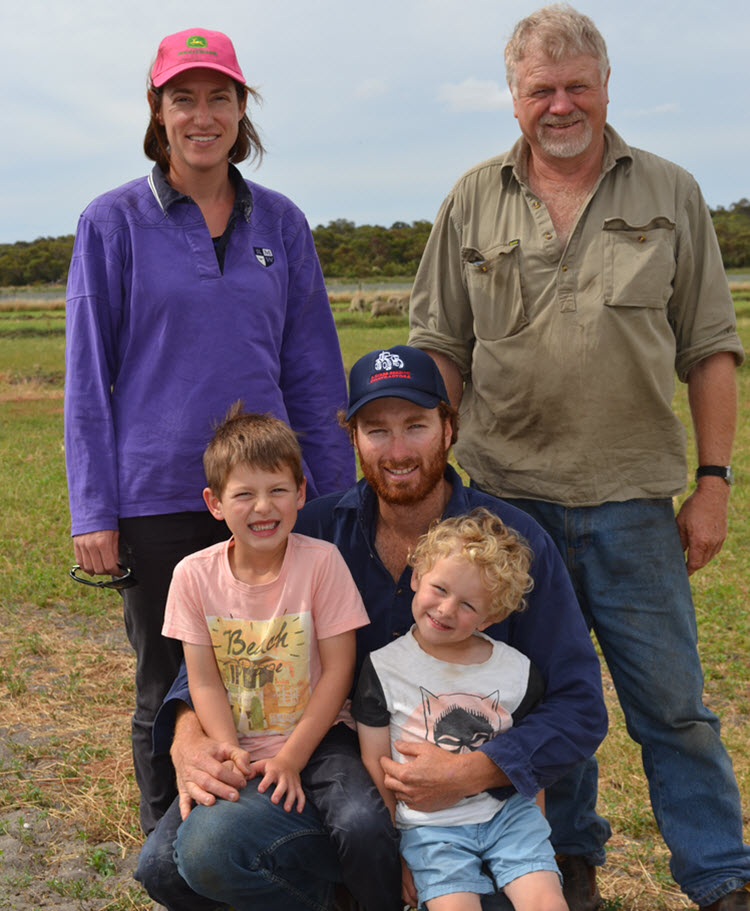 An eye to comply

SA lamb producer Josh Hancock had invested a lot of time in understanding supply chain compliance and, as a consequence, didn't think he would gain much by participating in the Profitable Grazing Systems Meat the Market: Lamb compliance.

"Because I have a high school teacher background, I thought I could contribute to the pilot with feedback on the delivery model and if I picked up a couple of extra things, all good," he said. But those "couple of extra things" turned out to be instrumental to overcoming stumbling blocks in his own business.

"Genetics was where I learned the most. Through the program I worked out how to select the rams I purchased in 2019, based on eating quality traits like shear force, intramuscular fat and lean meat yield," he said.

"You might not be rewarded on eating quality by the processors just yet, but it is literally around the corner and I want to be genetically ready for when that happens."

The other change Josh made, after talking with fellow producers in the program, was having the confidence to reduce the number of rams at joining from 2% to 1.5% (with plans to transition to 1% plus one in the coming years).

"I noticed at ram sales that producers who had more sheep than me were buying half the rams and, as a result, could afford to pay for better genetics," Josh said.

"So in 2019 I spent the same amount on ram purchases but ended up with fewer rams and the exact genetics I was after."

While Josh has marketed his own lambs direct to JBS at Bordertown for the past four years and supplies to their Farm Assurance Scheme, participating in the Meat the Market: Lamb compliance program, which involved workshops with JBS and following carcases through processing, reiterated Josh's production goals. That is, producing a consistent carcase which is high yielding and with a low, but even fat cover.

"Every lamb producer should see exactly what a processor, and ultimately a consumer, desires and that is a lamb with good eating meat and not a lot of fat. Why put energy, and good feed, into producing fat?," he said.

Lambs born in June and July are weaned on to pasture by the Hancocks in October and sold to JBS in November-December. Lighter lambs are retained and finished on irrigated lucerne and fodder crops before been offloaded from February to April. The target is a 50kg live weight animal yielding a 23-24kg carcase.

"The future for Australian lamb looks extraordinary and if we ever return to high production, I want my animals to be the ones sought out by consumers and processors," Josh said.

Participating in a PGS program, with its mix of group and individual learning, helped Josh fine tune skills he'd developed in the 10 years or so of evolving his sheep enterprise to be focused more on meat production.

"Producers need to join in these programs whenever they get the chance because you learn so much from the other producers. The type of people who join in group learning are the people who are happy to share their wins and their losses and we all learn just as much from the losses".

Josh is a big fan of practical learning sessions - out in the paddock, on the processing floor or in the yards.

"Producers learn best when they can see, feel, touch and smell something. They learn by doing, rather than listening all the time and that is where PGS works really well," he said.

"To farm in the modern world, you have to keep learning, adapting and growing. Your confidence grows as you make changes and if these changes are successful, they are the impetus for further change and growth.”

In 2020 the Hancocks are focusing their attention on lifting their conception rates and lamb weaning percentage and improving pastures and pasture management to provide a year-round resilient feedbase.

"We've started sowing early barley and annual ryegrass to get us through the winter feed gap but we need to come up with some clever pasture mixes to match different soil types which are productive and persistent to help us with our goals," Josh said.

Written by SA livestock consultant and producer Elke Hocking, Meat the Market: Lamb compliance has been delivered to producers in two pilot groups in SA and NSW.

The package involves group and one-on-one coaching of producers and involves partnering with a local processor. JBS in SA and the Gundagai Meat Processors in NSW participated in the pilot.

Rolled out over six to 12 months, participants learn the skills to:

The package will be available for wider delivery in late 2020.

Profitable Grazing Systems is also seeking livestock advisors with knowledge of the supply chain interested in becoming approved deliverers of the program.