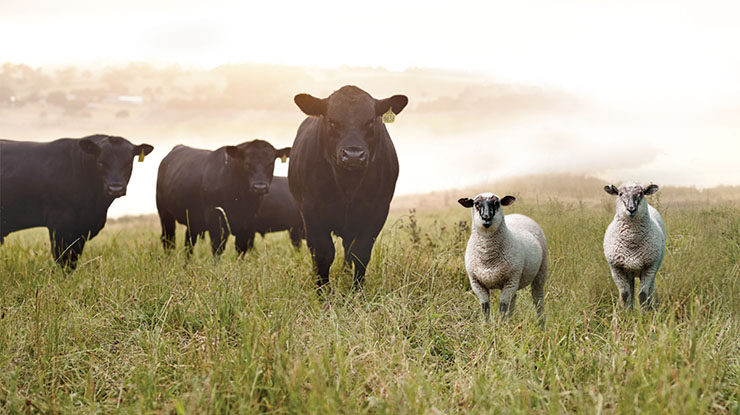 While feeders are now making up over 48% of all purchases of young cattle, restockers are paying over 1,000c/kg cwt for cattle on the back of improved rainfall forecasts. Processors are also paying historically high prices for young cattle – above 900c/kg cwt.

At present, the NSW saleyards are receiving a premium to Queensland yards.

Vealer steers are fetching 1,255c/kg cwt as restockers target light and young steers they can add weight to in order to make a return.

Young cattle prices in WA rebounded to 1,029c/kg cwt – almost on par with the eastern Australian market. This follows a drop back to 970c/kg cwt last week.

Feedlots have been active in the markets recently. For EYCI eligible cattle, they accounted for 51% of all purchases – up from 44% on 21 September. It’s a similar story with the Medium Steer Indicator, where the percentage of cattle going to feedlots in that category has increased from 59% on 21 September to 82% on 29 September. This is a rise of 23%.

Feeders are also buying heavier animals. On 21 September, only 43% of cattle in the Feeder Steer Indicator were above 400kg. Fast forward to 29 September and the percentage of cattle that are above 400kg is 50%, a rise of 7%.

This is also because there are more heavy cattle available, given that producers have had sufficient grass available to grow out to heavier weights.

The throughput into the National Trade Lamb Indicator (NTLI) has increased since last Monday, rising 10% to 30,500 head. The number of young lambs being sold is up 7,000 head this week as more new season lambs hit the market.

These new season lambs are now making up 88% of trade lambs being offered, up from 71% last week. This increase in lamb yardings has not subdued prices.

Expect to see the number of new season lambs entering the market increase in the short-term.

Despite Victorian processor restrictions reducing the capacity of metropolitan abattoirs, nation lamb slaughter for last week was 20,000 head above 2019 levels at 322,000 head. This is encouraging given the current processing restrictions that apply in Victoria.

The increase in national lamb slaughter is being driven by NSW. While Victorian weekly lamb slaughter is below the same week in 2020 and 2019, weekly slaughter in NSW has picked up the slack, and is above both 2019 and 2020 levels. This is impressive given 2019 was a period of extreme destocking.