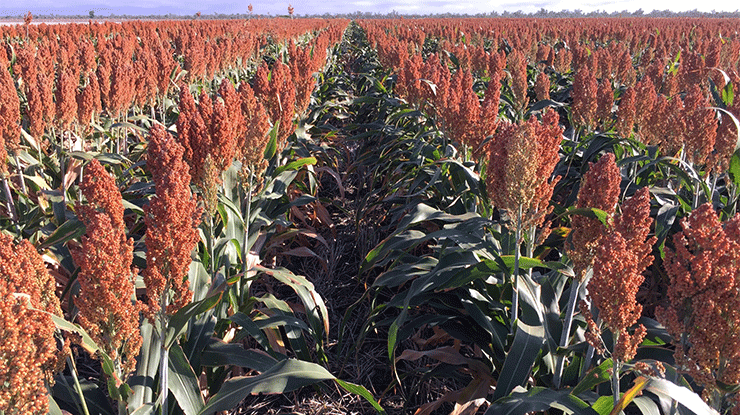 With ongoing dry conditions putting a squeeze on grain supplies for Australian lot feeders, a new report has explored how the industry can better position itself to prepare for future droughts.

Commissioned by MLA in consultation with the Australian Lot Feeders’ Association (ALFA), with support from Dairy Australia, Australian Pork Limited and the Chicken Meat Federation, the report was prepared by the Colere Group.

“The grain and logistics industry should be commended for how well they’ve serviced the intensive animal industries during the most recent drought. However, we need to have technologies, systems and protocols tested and in place, ready to be implemented to keep our livestock industries in business.

“That’s why we’re exploring options and technologies to facilitate the safe importation of grain while ensuring Australia’s biosecurity reputation is protected.”

“The principal challenge associated with importing bulk grain or plant-based stockfeed is the requirement to devitalise or ‘sterilise’ the product in order to minimise any biosecurity risk associated with pests and pathogens,” Paul said.

“Devitalisation treatments need to ensure that any grain or weed seed material is rendered incapable of germinating and that any insect pests and pathogens are killed or rendered non-viable.

“Importing bulk grain is considered to carry greater risks than plant-based stockfeed, as the latter has generally undergone processing and as such, devitalisation.”

The other key risk management requirement relates to transit. Prior to devitalisation, it’s important to ensure there’s no spillage in transit – this is particularly important for bulk-grain.

“Post-treatment (including any devitalisation), bulk grain and plant-based stockfeed still need to be handled appropriately to avoid the possibility of additional contamination,” Paul said.

Among the report’s key recommendations is that ALFA and MLA assess GRAIN EDGE™ technology as a potential all-in-one treatment for any and all grains coming into Australia.

“GRAIN EDGE has the potential to address all specific importation requirements around devitalisation, disinfestation and sterilisation while also offering a potential value-add to grain in the form of improved digestibility,” Paul said.

“For this technology to progress in the grain importation space, there are several trials required to confirm its efficacy and allow it to be added to the ‘approved treatments’ list.”

The Review of grain devitalisation methods report identified an opportunity for a multi-product processing facility to be established within a port quarantine zone that could take advantage of the inland rail system that passes through regions where end-users are located.

“This would effectively take what was formerly a bulk grain importation issue and turn it into a plant-based stockfeed ingredient issue,” Paul said.

“The viability of such a facility would rely on having at least some of the capacity being utilised for more regular activities, such as the importation of whole soy, with the ability to expand when domestic supply conditions become tight.”

However, risk management feasibility alone doesn’t account for the commercial viability of such an undertaking, which is largely determined by the grain or stockfeed price differential.

The other key consideration is the commercial case for any domestic treatment facility that historically has not been required more than a few months each decade.