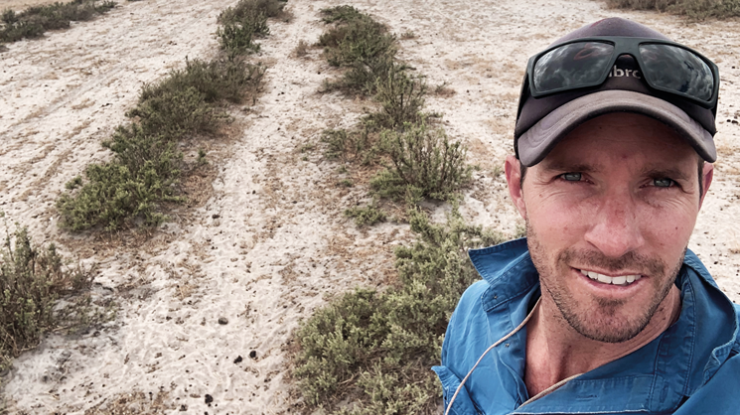 Saltbush has helped overturn the scourge of salinity for the Lehmann family, who use it to convert poor areas of their WA property into productive country.

“It’s hard to put an actual dollar value on saltbush because it adds so much to the whole system,” Sam Lehmann said.

Sam farms with his wife Lauren and parents Ian and Sandy at Cranbrook, near the Stirling Ranges. His father started planting saltbush more than 30 years ago to help deal with the rising saline water table.

“The saltbush stops the problem in its tracks,” Sam said.

“All those plants are like millions of little solar water pumps pulling that water table down. You’re using up the water, stopping the salt creep and improving the soil and then all of a sudden, you can get a better understorey in.”

The Lehmanns have planted 150–200ha of saltbush across their farm, fenced off into 10 designated paddocks.

They graze it alongside pasture and stubble paddocks to give sheep a balanced diet.

All the Lehmanns’ sheep graze on saltbush at some point throughout the year, so Sam doesn’t need any other form of vitamin E supplementation. He’s also conﬁdent the sulphur in saltbush contributes to the quality and quantity their wool cut.

Importantly, it helps bridge their feed gap, providing an important link in a mixed-farming system.

“At the break of the season, we know we have the standing feed there. We can get all the sheep off the annual pasture and cropping areas while they get established.

“Then, through winter, we rotationally graze hoggets through the saltbush when we’re lambing down and can’t move ewes and lambs around much.” 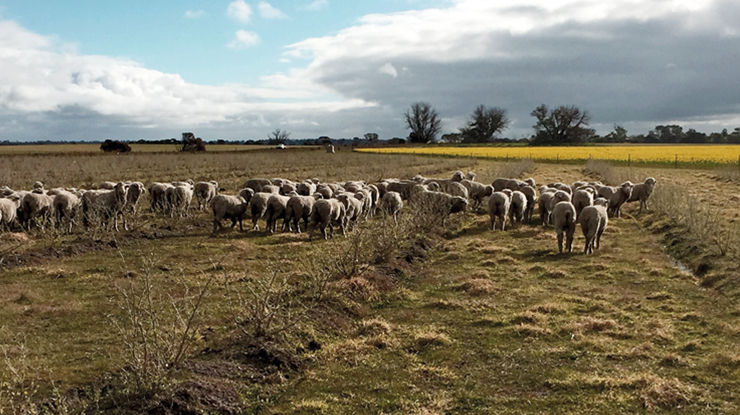 Site selection and preparation is key

Sam, who is chair of the Gillamii Centre, a producer group based in Cranbrook, said people often make the mistake of planting saltbush into the hardest, most waterlogged area they have.

“They think they have a failure and assume saltbush isn’t for them, but it’s just that they put it in the wrong place,” Sam said.

He said most of their saltbush has been planted on saline, waterlogged areas, which necessitated the use of a mounder when planting, as saltbush doesn’t like wet feet.

Most of the Lehmanns’ saltbush has been direct-seeded, but they also have a trial of Anameka™ old man saltbush and CSIRO’s new seed lines.

Sam said it is important to get a good knockdown of weeds before establishing saltbush.

“After the knockdown, we sow a perennial understorey, such as wheatgrass and Puccinellia,” he said.

“Then, we come back with a mounder and plant the saltbush seed onto the mounds, which is really important in waterlogged areas, otherwise it just won’t grow.”

He said, while the mounds do make it harder to drive across paddocks and can increase the risk of sheep casting, this is offset by the beneﬁt of creating productivity where there was none originally.

Sam checks for cast sheep daily during lambing and has had minimal losses.

“As the plots get older, the mounds are less deﬁned, so it becomes less of a problem over time.”

Sam is working with the Gillamii Centre, producers and scientists to promote a saltland grazing system throughout the region.

“We’re working on helping people to get it right – establishment, weed and insect control, the understorey, grazing management,” Sam said.

“There’s such a huge area of WA that’s not getting fully utilised, probably because people aren’t aware of what they can turn it into.” 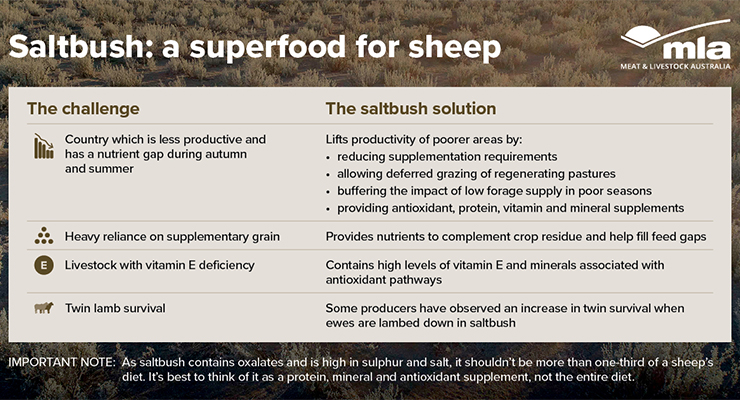