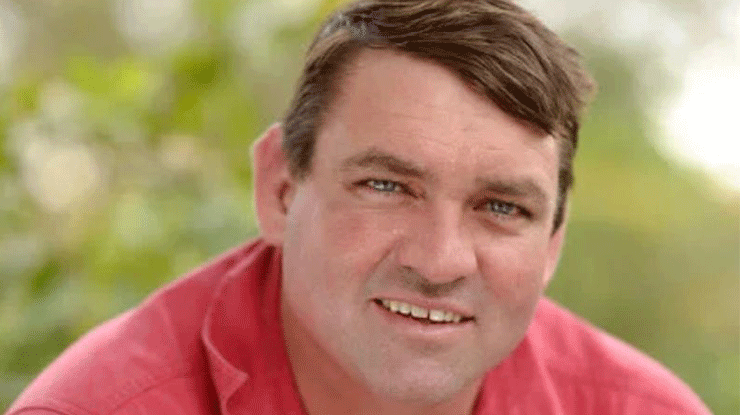 Central Queensland beef producer Will Wilson is an advocate for more research into mealybugs and pasture dieback.

Mealybugs are sucking pests that attack pastures, cereal crops and turf grass. Heliococcus summervillei was first documented as causing pasture dieback in 1926, in paspalum grass at Cooroy and Kin Kin on the Noosa hinterland. It was also observed on the Atherton Tablelands in the 1930s and in New Caledonia in 1998, where natural predators eventually got it under control.

MLA’s Supply Chain Sustainability Innovation Manager, Doug McNicholl, said this is a significant development as until this point researchers had not confirmed the mealybug was the same as the bug detected previously by entomologist Sir William Summerville.

“The research team can now study these previous dieback events as well as this mealy bug and incorporate this knowledge into future R&D and next steps towards management options for producers.”

MLA has initiated a three-year R&D project with funding support from the Department of Agriculture to further investigate pasture dieback.

Seek and you will find

Beef producer Will Wilson has a theory: the more you look for pasture dieback, the more of it you see.

Pasture dieback is prevalent in central Queensland and Will and his wife Katie have felt its impact on their Biloela property.

“I first became aware of dieback when a neighbour told me about it – I looked and found it,” Will said.

“It happens like that; people say they haven’t got pasture dieback, but when they look, they see they do.”

Will said while remaining grass in dieback areas can still be grazed, the grass doesn’t grow back once it dies, creating a “grass drought”.

“There’s no obvious solution; I’ve heard of people ploughing, burning, fertilising, but there’s no evidence any of those work.”

Without an effective control toolbox for the issue, Will’s approach to managing pasture dieback has been to graze these areas with cattle that are about to leave the property.

“I use it as ‘exit pasture’ before cattle go into feedlots or to the abattoir,” he said.

In his role as president of the AgForce Cattle Board, Will’s been advocating for ongoing research into pasture dieback and mealybugs.

He’s mindful of past occurrences of pasture dieback and the need to develop information about the problem so it can be used into the future.

“I’d like to think that pasture dieback is like a plague-type problem and I hope the balance restores naturally in time, but we can’t sit back and wait for it to solve itself.

Here are some recommended practices to mitigate mealybug and minimise risk of pasture dieback:

Find out more about mealybugs here.