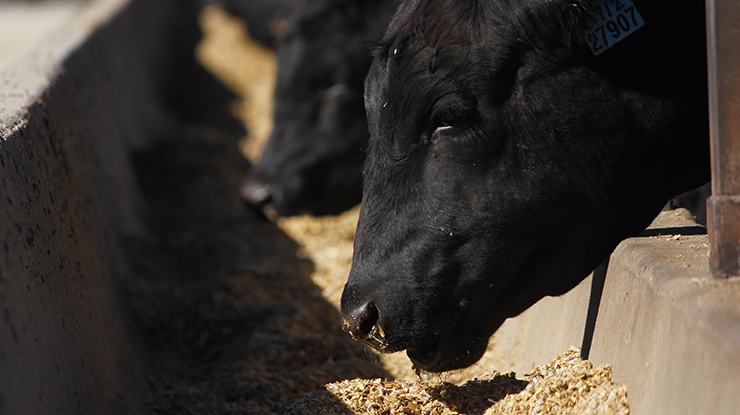 The results of the latest ALFA/MLA feedlot survey for the September 2019 quarter reported a modest decline in the number of cattle on feed to 1,119,329 head.

Despite a reduction from the June quarter of 28,000 head, cattle on feed have been sustained in excess of one million head for the sixth consecutive quarter.

The quarterly decline was largely driven by the seasonal nature of the WA feedlot production, which recorded a decline of 26,000 head on feed.

Victoria and SA also saw smaller numbers in feedlots, back 12% and 11% respectively. NSW and Queensland somewhat offset the decline, reporting increased numbers on feed, a result of the prolonged drought conditions across both states.

Feeders were the driving force of cattle price movements throughout the September quarter, with feeder buyers of EYCI eligible cattle trading at an average premium of 53¢ to restockers.

Competition for young cattle throughout the lot feeding sector has been buoyed by the robust value of finished cattle throughout 2019. With a poor weather outlook, especially in NSW and Queensland, the current premium for feeder cattle over restockers could remain.

The premium for grainfed cattle domestically compared to grassfed trade steers has averaged a premium of 36¢ throughout 2019. Despite easing from year-ago levels, grain prices have continued to trade at historically elevated levels.

Australian grainfed beef exports totalled 81,233 tonnes shipped weight (swt) over the September quarter, a decline of 2% from the same quarter last year but 2% above the June 2019 quarter.

Exports to Japan and Korea recorded year-on-year declines, while China remained the driving force of grainfed beef export growth, improving 45% from the same period in 2018.

With no reprieve from the current conditions forecast, combined with sustained overseas demand, there is the expectation that cattle on feed will remain within a historically high range for the remainder of 2019 and into next year.