Getting to the root of the problem 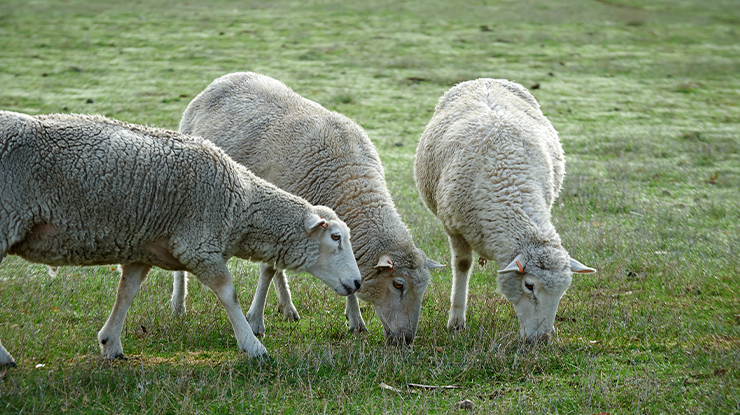 Victorian sheep producer Mark Cooper has a good reason to smile – he’s identified the root of his flock infertility problem and can start working towards a solution.

While he’s still working out the complexities it brings to his business, putting the spotlight on the decades‑old problem of oestrogenic sub‑clover has made him optimistic about how to overcome it.

Yarloop was planted on the Coopers’ farm before this variety was found to produce oestrogenic compounds, which impact sheep fertility.

“I always knew I had Yarloop sub‑clover which had to be managed,” Mark said.

“It’s the price I paid for having progressive forebears who, in the 1950s and 60s, saw sub‑clover was a great productive feedbase.”

Although he strategically only grazed wethers or old ewes on the Yarloop, Mark saw a gradual decline in fertility. The problem was most evident in the earlier of his two preg scans on joined ewes when the pregnancy rate could be as low as 60%.

The true problem only came to light when researchers working on the MLA Donor Company‑funded oestrogenic clovers project came to the Coopers’ farm in October 2018.

Mark showed Dr Kevin Foster from The University of Western Australia and David Woodard from Primary Industries and Regions SA a sub‑clover paddock which he was about to spray‑top to boost clover content.

David pointed out there were two other oestrogenic sub‑clovers (Dwalganup and Dinninup) present – these varieties are hard to identify especially if their flowers aren’t visible.

“If I’d spray topped that paddock the situation could’ve been much worse because the sub‑clover content would’ve increased, increasing the oestrogenic content,” Mark said.

Mark applauds this research for the answers it has given him.

“When you know what the problem is you can work on fixing it,” he said.

He went back to the basics, drawing on the lessons of Lifetimewool (now known as Lifetime Ewe Management).

Mark focused on condition score management and then his rams, using vets for full pre‑joining examinations.

His first step was to condition score paddocks – 80% of pasture paddocks contained a percentage of oestrogenic clovers.

He could then start implementing management strategies, including:

“Replacing pastures is not a simple as it sounds,” Mark said.

“The reason sub‑clover has been so successful is that it survives.

“It’s hard‑seeded and hard to get rid of. It takes three years of knock‑downs and fallow to clean it out of a paddock and that’s not cheap.”