How much water does red meat production use? 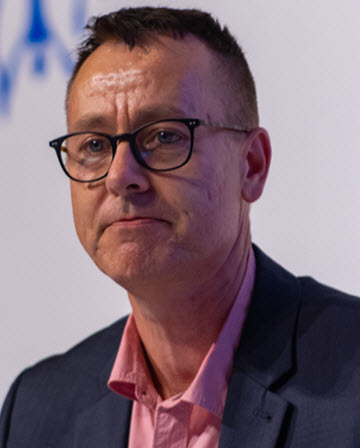 A new study has revealed the ‘water-scarcity impacts’ associated with popular foods in the Australian diet, including beef and lamb.

The Australian-first study, part funded by MLA’s nutrition program, was conducted by a team of CSIRO researchers, and the results published in the journal Nutrients. It follows a study on the carbon footprint of the Australian diet.

Q: What is a water-scarcity footprint and what foods have the biggest footprint?

A: CSIRO looked at the water-scarcity footprints – or total water required – of the Australian diet. We assessed the amount of water used in agriculture and in food processing, along with whether the water was scarce or abundant at the location it was drawn from.

The study showed that 25% of the water-scarcity footprint came from discretionary foods – foods not necessary in a healthy diet – such as cakes, biscuits, sugar-sweetened drinks and alcohol. The Australian Dietary Guidelines recommends limiting the consumption of discretionary foods to prevent weight gain as they are not necessary in a healthy diet. The high footprint percentage reflects levels of consumption higher than those recommended in a healthy diet. For example, it takes 23 litres to produce a single serve of potato crisps and 21 litres to produce a small bar of milk chocolate.

Q: What did the study find about the water-scarcity footprint of red meat?

A: The consumption of red meat (beef and lamb) contributed only 3.7% of the total dietary water-scarcity footprint. These results suggest that eating fresh meat is less impactful to water-scarcity than most other food groups, even cereals.

The impact of differences in production practices on water-scarcity impacts highlights the importance of reliable metrics which consider differences in farming methods. For example, a study of the water-scarcity footprint of tomatoes grown for the Sydney market reported results ranging from 5.0 to 52.8 litres per kilogram.

Q: How does beef and lamb’s water-scarcity footprint compare to other food sources?

A: The second highest contributor to the water-scarcity footprint was fruit, followed by dairy products and alternatives and bread and cereals ranking fourth.

The findings suggest that eating less discretionary foods (those not necessary in a healthy diet) is good for health and will also reduce diet-related environmental impacts. A previous CSIRO study similarly found that eating according to the Australian Dietary Guidelines would reduce greenhouse gas emissions by 12% with reducing consumption of discretionary foods the main dietary change required.

These studies suggest that changes in red meat consumption are not needed to reduce environmental impacts.

Q: The results challenge some other figures that have been reported globally about how much water it takes to product 1kg of meat – why is there such a difference?

A: We calculate our water footprint based on the international water footprint standard, ISO14046:2014, which is the highest level consensus document for industry to follow for this subject.

ISO is the International Organization for Standardization, an independent, non-governmental international organisation which develops and publishes International Standards.

Other studies have added up water not only taken from water resources, but also water that just happened to fall on the rangelands that went into the soil, was used by grasses, and then eaten by livestock.