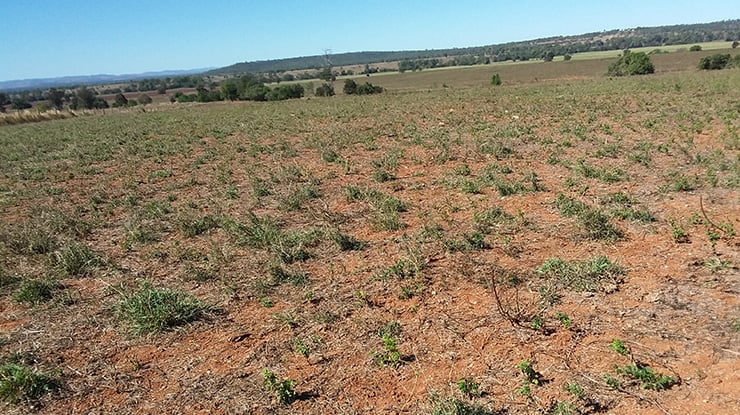 Pasture dieback hit this paddock at ‘Kendah’ in March 2018. Greg planted legume mix and here’s how it looks in July 2020, after being baled in April 2020, yielding 25 round bales/ha.

When pasture dieback devastated 70% of one of their Central Queensland properties, beef producers Greg and Vicki Lawrence turned to legumes to help fill the gap in their feedbase – and they’ve even tapped into production benefits along the way.

Pasture dieback was first identified at their property, ‘Kendah’, Wowan, in December 2016.

The dieback spread rapidly after rain in March 2017, decimating the Lawrences’ well‑established pastures.

“After the parent grass died, any grass seed that came up would grow a couple of inches, then turn yellow and red and die,” Greg said.

“It was heart‑breaking to watch.”

Pasture dieback impacted 400ha of grass country on the 590ha property and prompted a complete rethink of the family’s on‑farm management program.

Greg was unsure if re‑sowing buffel grass would have an impact on combatting pasture loss and weed emergence. So, he decided to plough an affected paddock and plant wheat to provide supplementary feed for cattle.

“The butterfly pea had already worked in some paddocks so I knew it would work. The burgundy bean has similar characteristics so I presumed it would grow.

“Lablab was a relatively quick cover crop, which meant we would definitely have a feedbase to fall back on if the other plantings didn’t work.

“We planted the legumes like a crop and we’ve had brilliant results so far. We ploughed, waited till it rained, planted and sprayed with the herbicide to combat the weeds.

“Today, 75% of the property has been planted to legumes.” 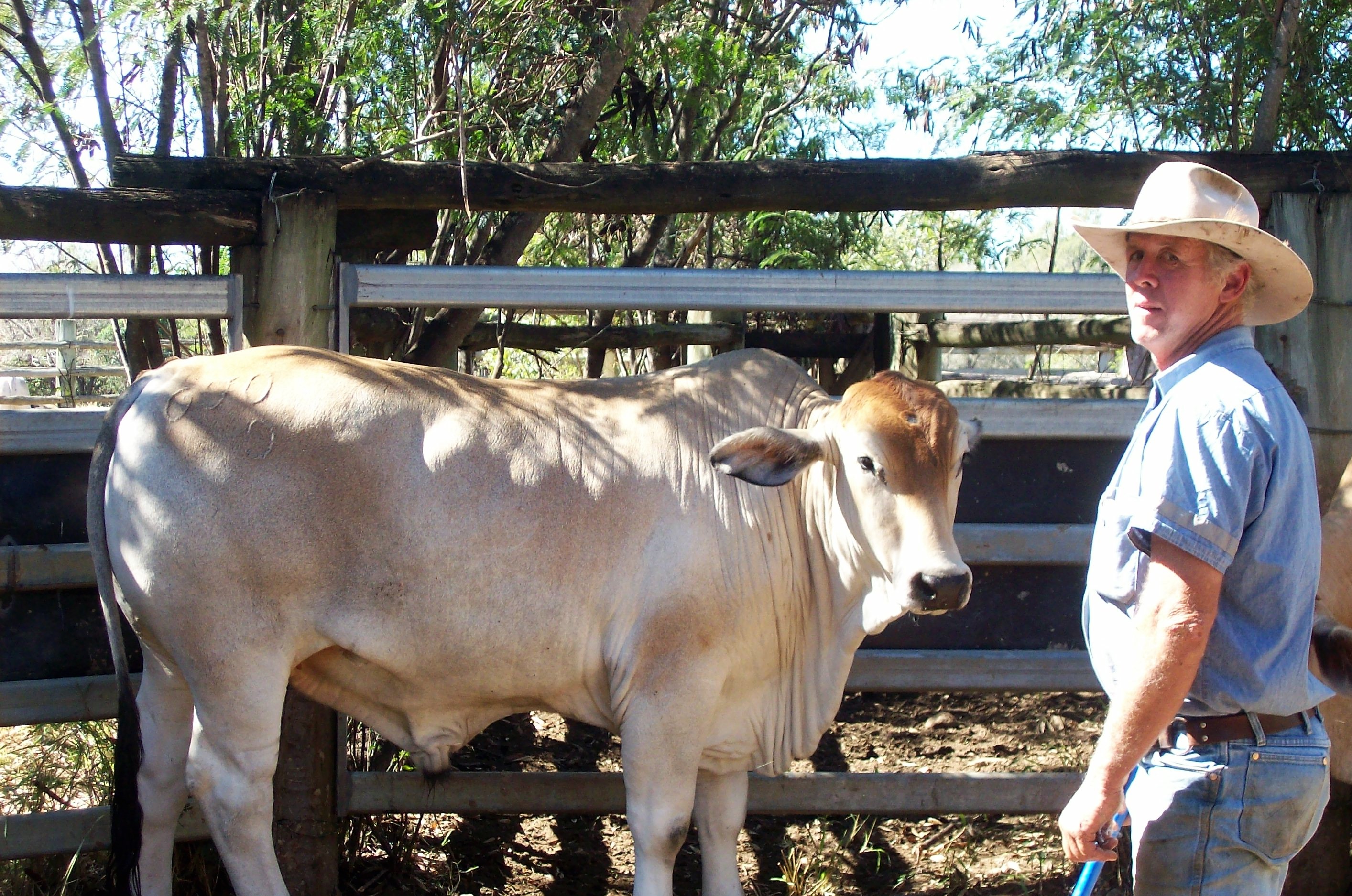 Cattle are rotationally grazed and usually finished on home‑grown wheat and sorghum in grain feeders in the paddock.

Since the successful establishment of the legumes, Greg’s started turning off cattle without any grain finishing.

“The cattle love the legumes and we haven’t had any issues with bloat,” Greg said.

“We sold two‑year‑old bullocks straight off the legumes last year.

“They would normally have a dressed weight of 370–390kg with grain finishing but they dressed 345kg straight off the legumes, without grain finishing, which is a great result.”

While the legumes filled the gap through summer, looking ahead Greg would like to include a drought‑tolerant grass to provide a good body of grass for winter.

“The caatinga stylo holds its leaf in winter, but most of the other legumes drop their leaf in winter. They’re also more summer active and don’t provide a standover body of feed like buffel grass does.

“I would like to get my American and Gayndah buffel grass back if I can – they keep their nutritional value for a lot longer than any of the other grasses seem to.

“In the paddocks where we’ve planted legumes, whatever grass grows there is pretty good.

“Pasture dieback is still there but instead of having a heap of weeds growing, we’ve got legumes growing instead.”