The results of the February 2022 survey are now in, revealing the production activities and intentions of producers from MLA’s defined sheep producing regions (as depicted below). Read on to find out some of the key insights from this latest survey.

The number of breeding ewes on hand is also assessed in the survey and can give an indication of producer intentions, including whether there is a push towards wool or meat producing breeds.

The latest survey results found that of the total 42,351,464 breeding ewes on hand, 74% are Merino, or wool producing, and 26% are non-Merino. Breeding ewe numbers have increased by 1.1 million head as the flock growth continues.

Meanwhile, lamb numbers on hand can also provide insight into producer intentions for the year ahead.

The survey found that of the 19,487,990 lambs on hand, 56% are pure bred Merino and 44% are non-Merino. There were 1.1 million head more breeding ewes this year – numbers that are 3% up year-on-year. This indicates that there will be increased activity in the mutton market throughout the rest of the year. 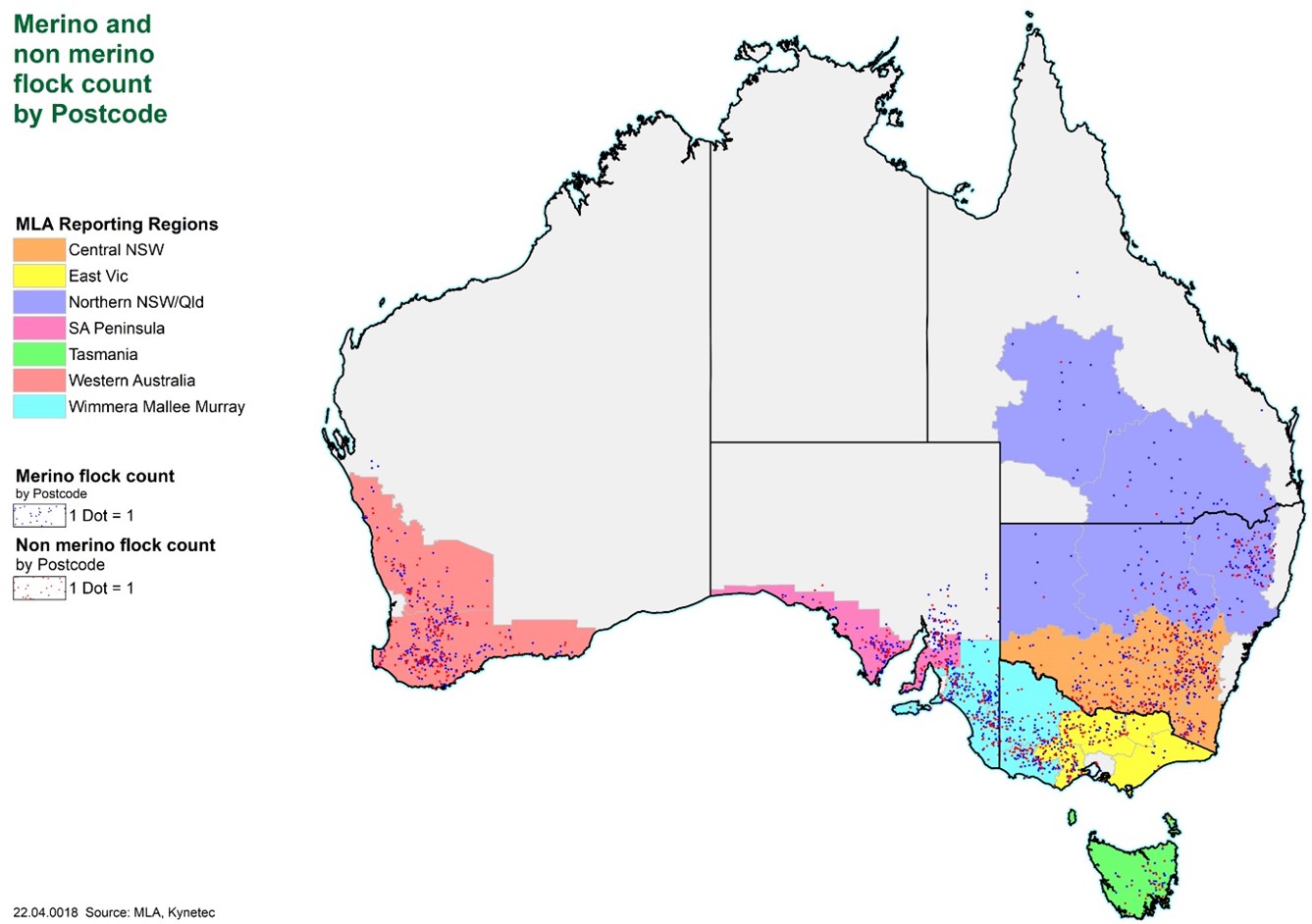 In NSW, the total breeding ewes has increased 8% to 17.6 million but there are 15,300 less lambs on hand. This is the largest increase in breeding ewes across the nation year-on-year.

In the last four months between November 2021 and February 2022, there have been 5.3 million lambs marked. Most of these were Merino lambs at 63%, pure meat at 16% and first cross at 9%. There were 5.8 million ewes joined with national marking rates at 83% for Merino breed and 99% for non-Merino breeds.

The expected sales in the next four months can give an indication of the future make-up of the national flock. Of the 8,031,561 expected sales, 32% is forecast to be Merino, 27% pure meat, 25% first cross and all other breeds making up 16%.