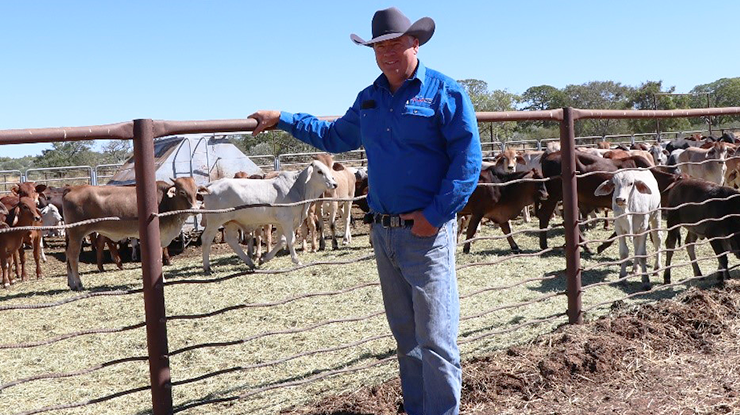 Myroodah Station, a Kimberley Agricultural and Pastoral Company (KAPCO) property is an extensive beef enterprise located in the Fitzroy River region of WA.  Shane started with the business three years ago and put his hand up for MLA’s P Challenge in 2019 to determine if:

The P Challenge involved collecting a blood sample from 20 animals within a mob to test for plasma inorganic P (PiP).  When combined with diet quality assessments, based on faecal NIRS results from samples collected at the same time as the blood test, the P status and diet quality of the mob was determined.

P has been shown to be critical for breeders, increasing live weights by up to 130kg and reducing mortality by up to 50%.

The Challenge revealed Myroodah Station was located in one of the most P deficient areas in northern Australia.

“I was surprised by the results as we were providing P in a traditional sense (wet season supplementation) and understood the area was P deficient, but the results showed that we were still deficient and needed to look at our supplementation strategy.

“To make our business work we were looking at three key drivers – reducing herd mortality, increasing weaning rates and selling heavier cattle. So, we were looking at all of the options and P supplementation was an important tool to improve productivity overall.”

Traditionally, Shane would put a urea-based product out in June before the cattle needed it and then supply a P based supplement prior to start of the wet season in November/December.

However, now the P Challenge is done and dusted, Shane is taking a different approach to P supplementation.

“We're increasing the P percentage in our lick blocks from 12% to 15% and supplying the blocks on a year-round 24/7 basis,” Shane said.

Shane uses a Mack six wheel ex-army truck with a Hiab to distribute approximately eight tonnes of lick blocks at a time. The blocks are a blend of urea, phosphorus, sulphur and trace element in the dry season.

“I use P in lick block format because it’s convenient for my staff to distribute over a larger area rather than concentrated in certain points – and we can leave more blocks out in the wet season without having to worry about conditions,” he said.

“I find the free choice approach in the dry season works well with cattle in different areas looking for different supplement. You can easily drive out and observe the use across the property.”

P supplementation is just one piece of the puzzle boosting productivity at Myroodah Station. Shane has a whole myriad of tools to increase the return on investment for KAPCO.

Here’s how Shane is improving productivity on-farm by focusing on four key areas.

Breeder mobs are drafted and processed in a day and back on hay with calves that night. With the right infrastructure and station hands, approximately 1,000 breeders plus progeny can be done comfortably in a day. Shane also tries to leave cow groups together and just takes out the non-performers.

Weaners are on pellets and hay, and put through the yards twice a day for six days – this is done once with horses and then on foot.

Having completed this weaner management program for three years, the benefits are now coming through the herd – the heifers are relaxed in mustering and through the yards which reduces costs and hopefully reflects in the future calving percentage. Sale cattle are also handling the mustering and yards easily with turn-off weights increasing each year. 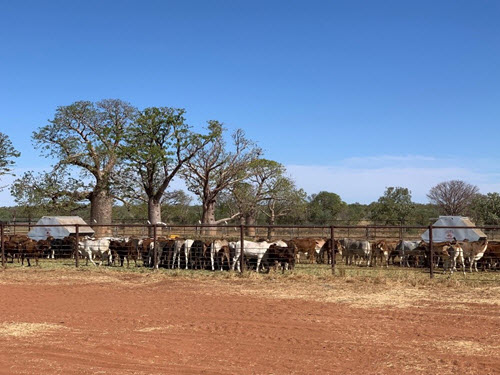 Shane’s weaner management program involves putting weaners on pellets and hay, and then putting them through the yards twice a day for six days

To boost fertility across the herd, Shane takes a holistic approach including:

Good water infrastructure is one of the weapons Shanes uses to build seasonal resilience.

Over the past three years, KAPCO has made significant investments to water infrastructure by:

Land use is also being managed by: