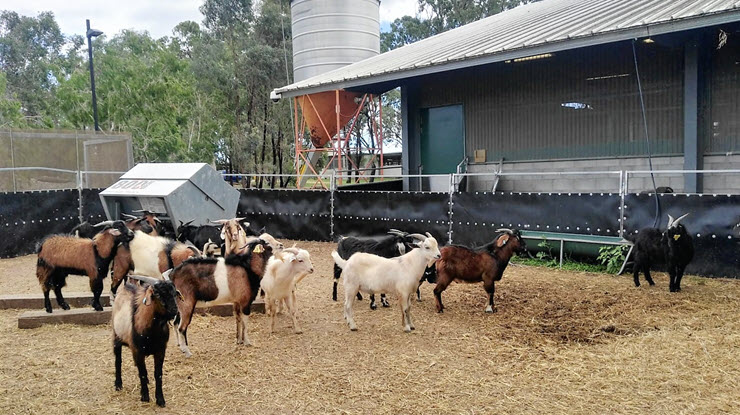 Some of the study’s free-range male kid goats during the trial.

The objective of the study was to evaluate the effects on carcase and meat quality characteristics of intensively finished entire-male Rangeland goats with live weights at slaughter of approximately 24kg and 34kg, on two important muscles – the longissimus lumborum (LL) and the biceps femoris (BF).

What did the study involve?

Prior to slaughter, kids were categorised into live weight groups:

The longissimus lumborum (LL) and the biceps femoris (BF) muscles were removed for quality measurements.

The study found the heavy group had:

“As a result, it is possible to obtain similar meat and carcase proportions despite the slaughter body weight differing.

“This would result in a higher value carcase when sold based on per kilogram carcase weight, especially if offal components are sold on to other markets.

“From the present study, it can be concluded that intact male kids can be slaughtered at live weights ranging from 21.5–38.5kg when fed under feedlot conditions, and still present lean carcases with favourable yields which increase with increasing live weight at slaughter,” Prof. Hoffman said.