For the month of August, national over-the-hook (OTH) medium cow grids averaged 513¢/kg carcase weight (cwt). This lift was largely driven by Queensland, which saw the medium cow indicator up 116¢/kg on August last year to 539¢/kg cwt, the highest monthly average ever reported for the state. According to the National Livestock Reporting Service, Queensland cattle slaughter for the month of August saw the female portion account for 42% of the total throughput, back 7% on year-ago levels. As a result, processor grids have pushed higher, with a positive rainfall outlook providing incentive for producers to retain breeding stock, which could see the national OTH cow indicators continue to track above year-ago levels.

The price spread between the national medium cow indicator and US imported 90CL manufacturing beef has continued to tighten through August. For the week ending 28 August, the national medium cow indicator was reported at 540c/kg cwt, while the US 90CL indicator averaged 667A¢/kg. Currently, the US 90CL indicator is trading at a 127A¢/kg premium to the medium cow indicator, a significant reduction to the 273¢ margin reported in the same week last year. A key driver of this contraction has been the sharp appreciation in the value of the Australian dollar, which reached a high of US74¢ this week. If the Australian dollar continues to lift, this will place further pressure on import prices, closing the price spread further and tightening processor margins. 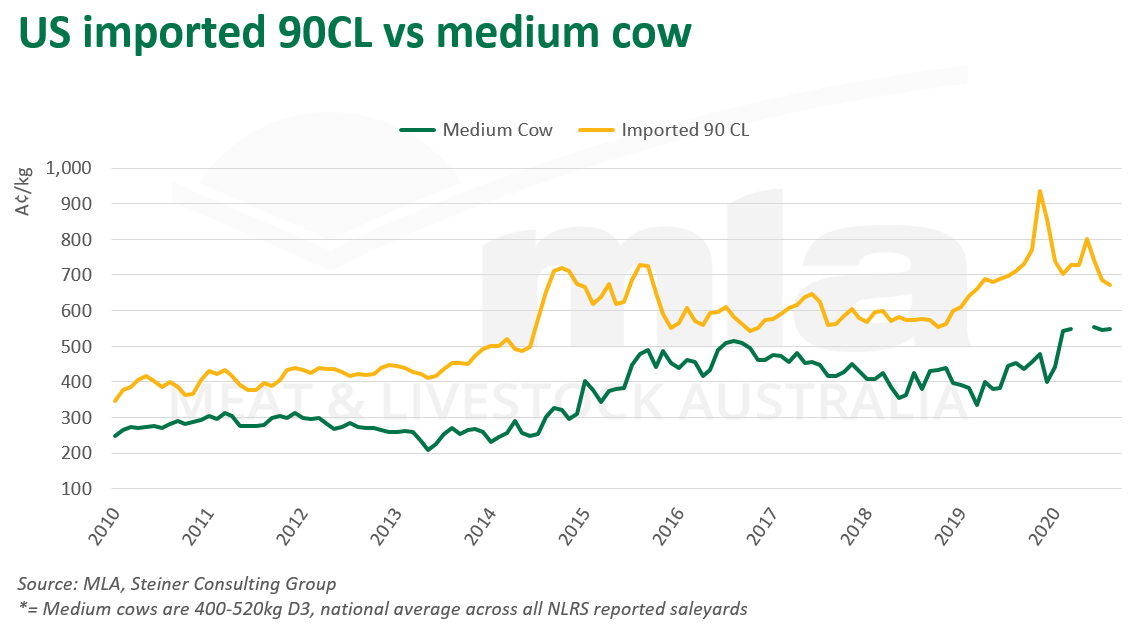