The EYCI achieved 913¢/kg cwt for the first time on Wednesday 9 June after a relatively idle month. The spike came about on the back of widespread rain across NSW and parts of southern Queensland, where more than 90% of EYCI eligible cattle are sold.

Continued rainfall and a positive BOM outlook through winter are encouraging plenty of restocking activity along the eastern states, despite heavier categories not budging to the same degree.

Comparatively, the WYCI sits at a 129¢ premium to the EYCI, achieving a record 1,042¢ on 7 June. This was on the back of decent falls in May, prompting higher retention of cattle with feedlots continuing to purchase the lion’s share. A key difference to note is that the WYCI is comprised of a higher proportion of lighter vealers compared to yearlings than the EYCI, helping to push up carcase weight prices.

The price bump comes after a period of sustained high cattle prices. It was expected that these highs would taper off by the middle of the year, though evidently this has not eventuated.

Many producers are experiencing decent back-to-back seasons, particularly in the eastern states, with strong cropping and lamb programs tipped along with continued cattle price performance.

There are further factors supporting the EYCI. Global supply shortages, heightened demand for protein with a return to foodservice and the new Australia-UK free trade agreement in principle announced this week have bolstered confidence in the Australian beef sector.

However, Australian cattle supply is at a historical low, with the June quarter expected to be about 10% higher than the March 2021 quarter – the lowest in over 20 years.

If the season progresses, prompting continued retention of breeders and fattening cattle on hand, then market dynamics shouldn’t shift a lot. This is because domestic conditions have driven the current market landscape for the past 18 months, led by a restocker frenzy.

A realignment of global cattle prices reducing the gap between Australia and other key players may also help to maintain upwards price pressure. 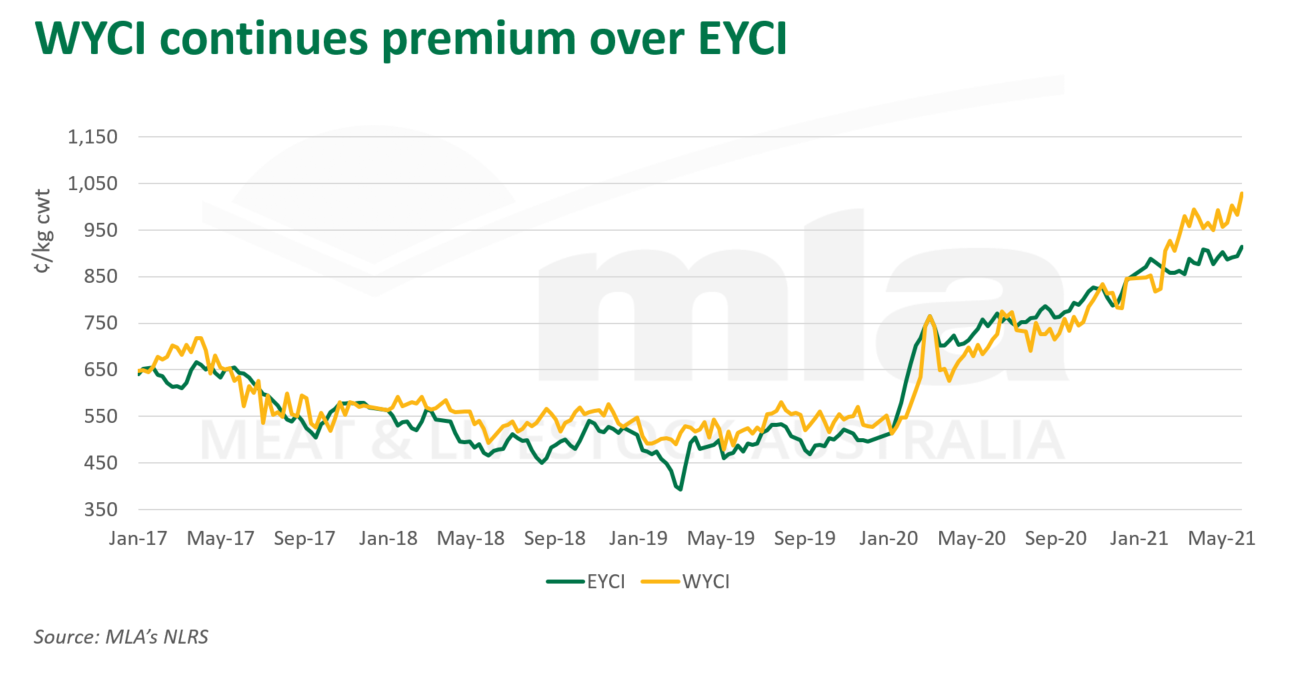