In the 30 years since Australian beef marketing started in South Korea in 1989, it has grown to be a significant export market, today accounting for 15% of Australia's total beef exports.

Australia was the first beef importing nation to open a permanent office in Korea – a strategic move that has enabled continued growth in a market where country of origin is one of the most important purchasing drivers for consumers alongside freshness and quality.

MLA consumer research shows Korean consumers care more about country of origin than any other beef consumers globally, and Australian beef leads all of its competitors for consumer perceptions of safety, healthiness and quality. 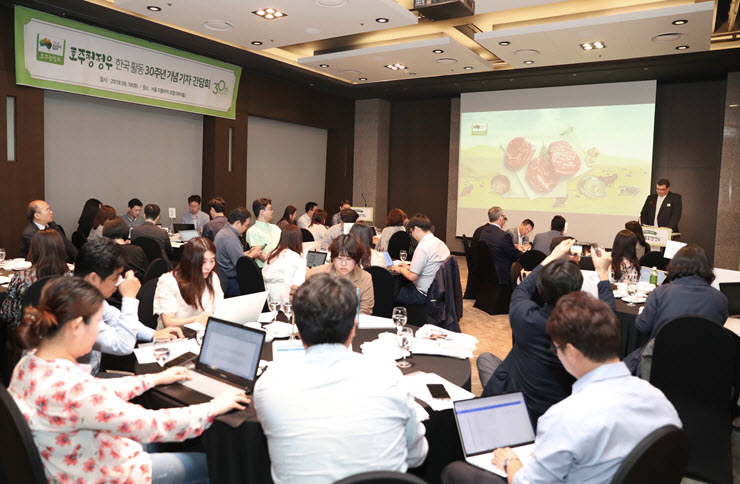 Speaking at the roundtable, Mr Strong said four of the last six years were record years for Australian beef exports to Korea, with 2018 the second highest level of exports on record – a significant increase from the approximately 40,000 tonnes Australia exported to South Korea in the mid-1990s.

Mr Strong said since the 2001 launch of the ‘Hoju chungjungwoo’ brand – meaning ‘Australian Beef Clean and Safe’ – it has become one of the most trusted food brands in Korea.

“We are actively trying to build equity in that brand by working with retail and foodservice customers, plus through advertising with our ‘Good Nature’ campaign,” Mr Strong said.

Over the past three decades, as the export volume of True Aussie Beef has increased, the beef category exported to Korea has also diversified.

According to data from the Korea Rural Economic Institute, Korean per capita consumption of beef was 12.6 kilograms per annum in 2018, up from 4.1kg in 1990.

Manager of MLA’s Korean office, Charlie Ko, said while initial Australian beef exports were predominantly grassfed beef, supply had diversified over the past 30 years to keep pace with consumer preferences to now include organic, grainfed and Wagyu beef.

“In the past, the consumption of beef was limited to certain dishes such as bulgogi, ribs, and grilled dishes. However, nowadays, beef is widely consumed in various dishes including shabu-shabu, steak, and HMR products,” Mr Ko said. 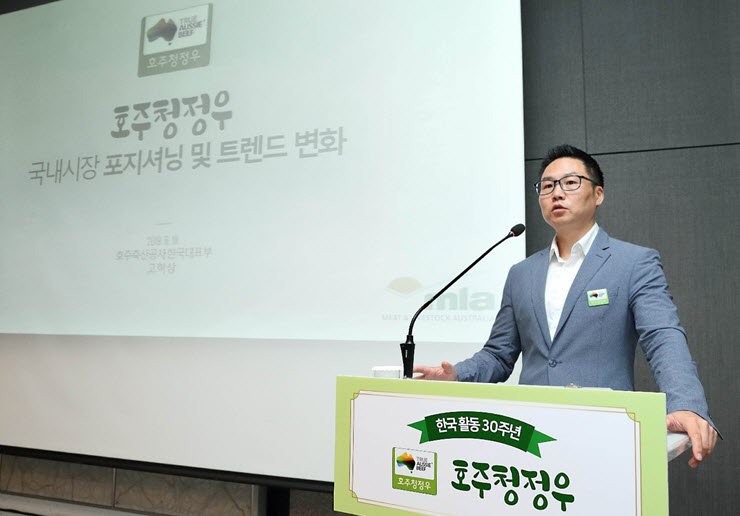 Consumption of food from guaranteed sustainable sources has been an increasingly large driver of consumer demand over the last 10 years, particularly in Western countries in Europe, North America and Australasia.

We are increasingly seeing environmental issues and social consciousness becoming more topical in markets such as Korea.

Given this, the proactive work of the Australian red meat industry around issues such as animal welfare and sustainability, for example, were central themes on the day.

The industry led Australian Beef Sustainability Framework together with the ambitious goal of Australia’s red meat industry being 100% carbon neutral by 2030 were key elements in Australia letting our key customers, both domestic and international, know about what we are doing in this area.

While the partnership between Korea and Australian red meat has come a long way in the last 30 years, the message was simple – Australia takes nothing for granted.  Our commitment to provide Korean consumers with healthy and safe Aussie Beef and Lamb that meets their needs remains strong.