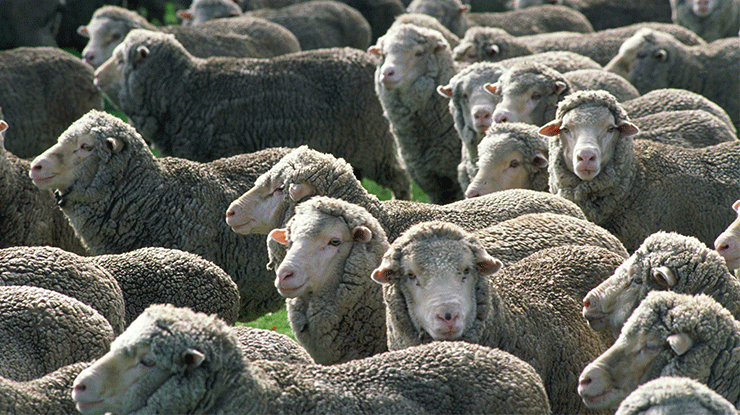 Research conducted by Meat & Livestock Australia (MLA) indicates that animal disease and defects cost the small stock species (sheep, lamb and goat) over $110 million annually through 10 common conditions found during processing. It also estimated that the on-farm sector bears 86% of the cost.

Gundagai Meat Processors (GMP) recently undertook a pilot study to demonstrate how sharing disease and defect data along the supply chain can improve productivity and profitability.

This project was conducted as part of the red meat pilot trials for the Rural Research & Development of Profit project, Health 4 Wealth.

The Health 4 Wealth project aims to introduce a standardised approach to the collection and feedback of animal disease and defect data to producers. By enhancing available feedback systems, this project will allow producers to monitor disease prevalence in their livestock and make informed decisions to maximise profits.

As part of the GMP pilot study, a case study was undertaken to develop a severity scoring system for arthritis in sheep carcases that will help estimate producer revenue losses and demonstrate the use of retain-rail trim information for enhanced producer feedback.

The scoring system developed may be used to provide improved feedback through Livestock Data Link (LDL), an online platform that delivers feedback to producers on carcase performance in a one-stop, user-friendly format. LDL aims to minimise losses due to animal disease and defects to improve the overall performance of the Australian red meat supply chain.

How the scoring system was developed

As part of her thesis at Charles Sturt University, honours student Paige Mazoudier was recruited to undertake the study at GMP in early 2019.

By the year’s end, Paige had successfully developed a trim severity scoring system for arthritis in carcases using data collected from GMP on carcase loss, carcase components that were trimmed (i.e. shank or leg) and the position of these trimmed components on the carcase (i.e. forequarter or hindquarter, left or right).

From mid-February 2019 to early July 2019, the data used to develop the system was collected in five week-long blocks, recording carcase components removed due to arthritis for 217 of the 42,164 lamb carcases observed.

The data collected found carcase losses to be highly correlated to individual trim components. This information was then used to create the following arthritis severity scoring system:

The estimated carcase losses at GMP during these periods were found to have ranged from 1.6% to 10.0% of hot standard carcase weight (HSCW), which equated to between 0.37kg and 2.31kg being trimmed off each carcase.

At an over-the-hooks carcase price of $7.83/kg and an average HSCW of 23.13kg, this meant producer revenue losses during these periods were significant, ranging from $2.95 to $18.08 per carcase.

Co-funded by ISC, Dr Henry’s role as GMP Client Research Advisor ensures she is invested in providing producers with the information necessary to improve their bottom line.

“This will improve the quality of lamb product entering the supply chain, maximise enterprise profitability, and maintain export market access through compliance with product integrity standards.”

GMP expects the feedback on individual carcases provided by the scoring system will equip producers with the resources they need to enhance carcase performance.

According to Dr Henry, the new system’s real-time recording of disease and defect data on an individual carcase basis is more accurate than the current mob-based estimates of disease prevalence available on LDL.

“If an individual carcase has been heavily trimmed and is of lesser weight due to disease and defect, then we want to be able to be transparent with the producer and provide that accurate feedback,” Dr Henry said.

“Recording on an individual basis can allow us to provide producers with more accurate feedback to inform disease and defect on farm, such as identifying if a single carcase has several diseases associated with it.”

Processing plants will require assistance to adapt technologies and systems for the recording and provision of health feedback to producers.

Further investigations are required as part of the project to include the removal of multiple limbs in the arthritis severity scoring system, and the financial impact of multiple diseases in carcases.

While the project remains in the trial phase, Dr Henry expects that GMP will be working with meat inspectors soon to record individual carcase information in more detail.

“When this project is finalised, the aim is to share accurate feedback through individual carcase information related to disease and defect with producers through LDL,” Dr Henry said.

In the interim, producers are encouraged to log in to LDL to view the mob-based carcase and animal disease feedback available on their livestock. It is recommended that producers seek support from an animal health professional to understand and implement the feedback provided by LDL in order to reduce risk of disease and improve productivity on-farm.

For more information on the pilot study, contact Michelle Henry via mhenry@gmpgundagai.com.au.