Extending the lifespan of productive pasture

Tim Leeming at his property in south-west Victoria

Annual pastures have an important role to play in Victorian producer Tim Leeming’s lamb production system, complementing his perennial base of phalaris and sub-clover pastures.

Initially, Tim wasn’t a fan of annuals due to high establishment costs and only short-term production gains, but observed other systems where such pastures had made strong contributions.

The main selling point was their lifespan could be extended beyond a single year.

Seeing the benefits, Tim started using annual/hybrid ryegrass and sub-clover to create quality feed for weaning lambs, finding them to thrive on the higher, well-drained areas of his property.

While these paddocks are not used for lambing, they do provide a great feed resource for twin-bearing ewes pre-lambing.

Tim started experimenting with seedling regeneration in 2018 with Tetila Ryegrass.

The results showed significant gains in winter production using the hybrid ryegrass, particularly at a higher sowing rate of 27kg/ha.

Looking objectively at the results, Tim believed if the hybrid ryegrass could be left to set seed in spring and allowed to regenerate in the autumn, it could significantly extend the life of the pasture.

If this was achievable, the high-cost strategy of sowing a hybrid would be less risky and more profitable, so he set out to refine his technique. 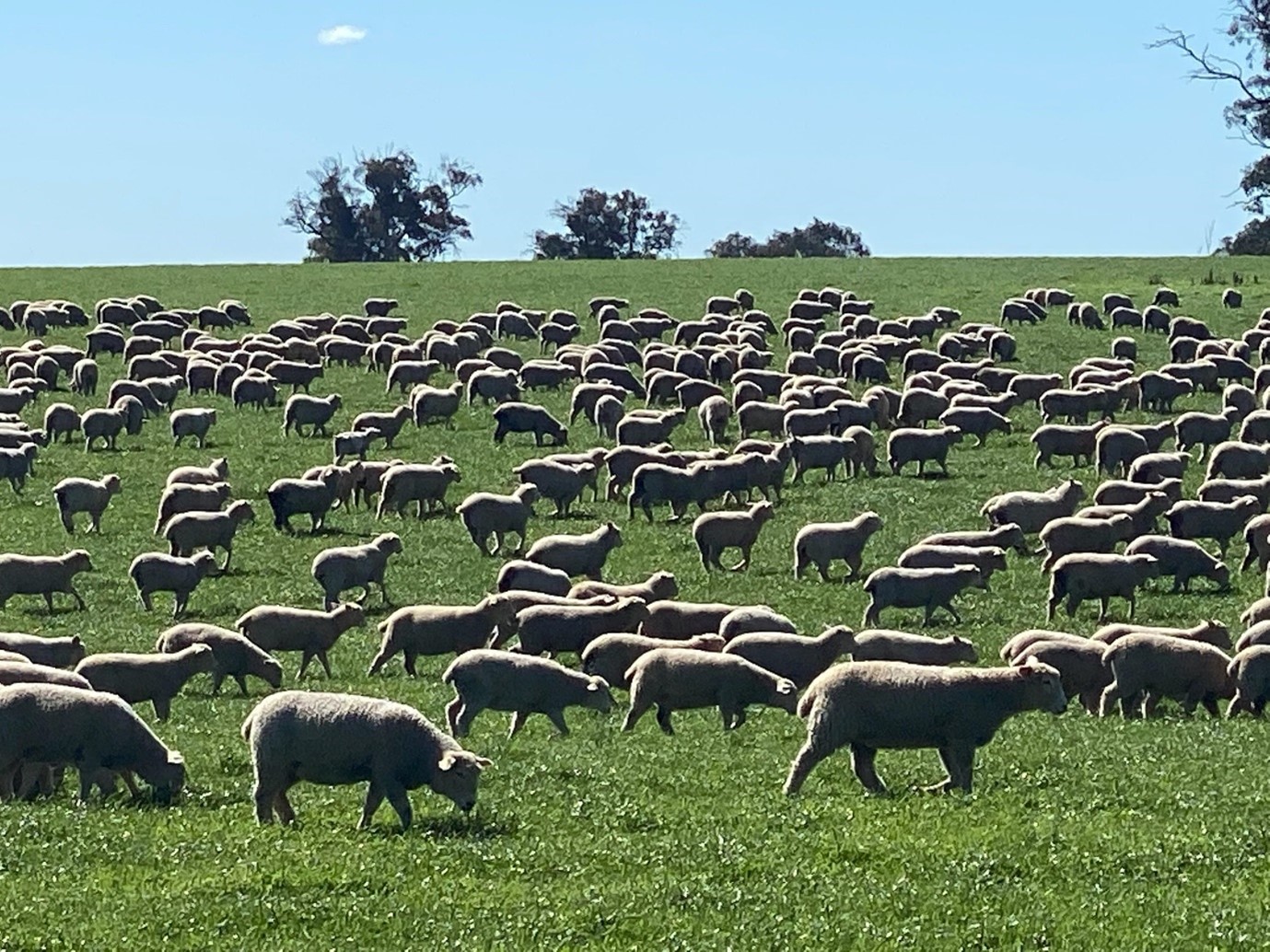 With good spring conditions in 2019, Tim let the trial paddocks go to seed and was blown away by the results.

“In the second year, these ryegrass pastures were just amazing. It was like I had sown 50kg of ryegrass,” he said.

Tim’s management approach for promoting hybrid ryegrass seedling recruitment is to graze evenly with large mobs up until the end of October.

The stock are then removed and the paddocks are spelled until high volumes of viable seed is observed on the soil surface.

Then in mid-late January, large mobs of stock are introduced to utilise standing dry feed and trample the seed into the soil, ensuring good seed-to-soil contact for germination.

Using this this method, Tim’s hybrid ryegrass trial paddocks from 2019 were still performing well at the end of 2021.

At the time, Tim also had other similar three-year old paddocks and one into its fourth year, however, he believed this to be the limit for their extended lifespan. The key indicator he said he uses to determine when resowing is required is when the barley grass starts to take hold.

Building a system for all seasons

Tim said although his management for seedling recruitment has worked so far, he’s experienced a very good run of springs, and believes an El Niño could impact his current system.

“In a spring when feed is in short supply, good pasture needs to be eaten; you don’t have the luxury of spelling for two months,” he said.

Discussing the success of seedling recruitment in years when autumn conditions were less than ideal, Tim said late autumn breaks weren’t really a concern, as the hybrid ryegrass seed would still germinate when the rain eventually arrived.

However, false breaks present more of a problem with seedling losses.

One of the other key ingredients for success is being able to have big mobs on the target pastures in spring to ensure even grazing and seed head emergence, with a minimum of 1,000 DSE/ha grazing through October.

“I don’t think that it would work with set stocking and low stock numbers, as there would be all sorts of maturity patterns in the plant,” he said.

He also believes small paddocks to be a critical element for maintaining control, with his own paddocks averaging 11.5ha.

As well as using hybrid ryegrass in stand-alone pastures, Tim has also used it to improve the species content in older, thinning stands of phalaris and provide competition against annual weeds.

The ryegrass seedling recruitment strategy also works within these pastures and compliments the spelling of phalaris for dormant bud production.