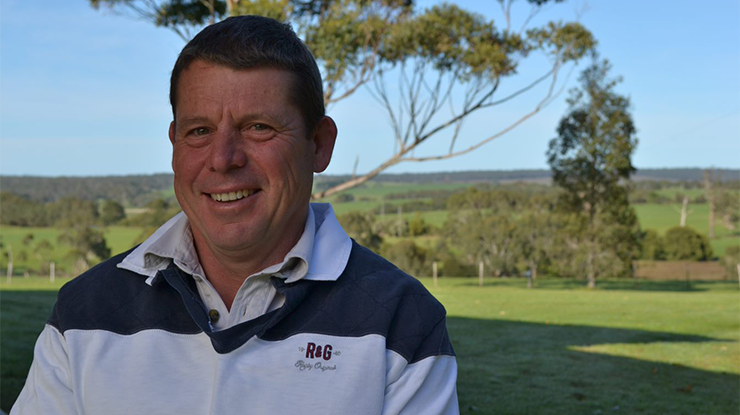 The business has evolved from running five different enterprises in the 1990s to, today, focusing on producing prime lambs for the supermarket trade and using their knowledge of genetics and best practice farm management to achieve their goals.

“Our interest in lamb started in 1995 when we began selling lambs finished on summer crops,” Philip said.

“We became more interested when we realised the potential to fast‑track our productivity improvement through genetic selection.”

Philip set about breeding a ewe that could wean 150% of lambs annually to suit the supermarket trade (fat score 3, 18–24kg carcase weight) at 130 days of age.

To do this, some production goals were set that would improve their viability:

From this, a crossbreeding program, based on Corriedale and Coopworth, was born that utilised the LAMBPLAN database to select high genetic merit animals on breeding values that the family could manage easily.

“We felt these breeds complemented each other but differed enough to deliver a good dose of hybrid vigour,” Philip said.

Other management strategies Philip put in place to support the genetic selection decisions include:

In the past 10 years, Philip has seen his lambing percentage per ewes joined climb from 127 to 154 – the goal was an average of 150. The amount of lamb produced per hectare has also jumped, from 363 to 440kg.

Watch Philip tell the story of genetic progress in his flock: genetics.mla.com.au/prime-lambs