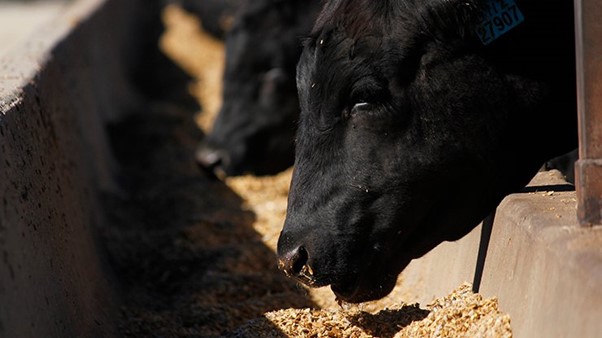 A recent project out of south-east Queensland has provided lot feeders with a range of insights into the effect of liver defects on carcase characteristics, performance and health of feedlot cattle.

As part of the MLA-funded study led by Associate Professor Rachel Allavena from the University of Queensland, researchers analysed a data set of 11,500 livers from cattle in three different classes: 100-day Angus, 100-day mixed breed and 300-day long-fed category.

Here, Rachel shares the key findings from the research and what this means for Australian lot feeders’ bottom line.

Use what’s available to you

Due to COVID-related restrictions, it was no easy feat for the research team to gain access to abattoirs and collect data from liver samples throughout this project’s duration.

Rachel said the retrospective study revolved around using disease data that was already available to them – something lot feeders can also take advantage of.

“We analysed data that meat inspectors were already collecting – so as the animals come through, and they’re health and disease status is being checked, the meat inspectors add all this information to the abattoir’s terminal or ‘box’.

“The good thing is that this type of data is already being collected by most abattoirs – it’s there if you want to look back over what’s happened in the past and use this information to make decisions,” Rachel said.

By running an analysis on this health and disease data over a number of years, Rachel said producers can obtain a range of insights, including whether disease prevalence has gone down over time and if there are any patterns to keep an eye on.

While liver disease occurrence can often be impacted by things lot feeders can’t control, like the weather, she said it could also be put down to things like where the cattle were sourced from, or any management strategies put in place to reduce liver abscessation.

“This can be really useful information for lot feeders and could definitely affect how you manage your cattle to avoid liver defects.

“It’s a cheap, easy way to monitor disease over time, assess your strategies to deal with that disease and put management plans in place for the future,” Rachel said.

The second study as part of this project – the ‘prospective’ component – relied on the research team matching individual animal, carcase and liver data after slaughter to find out detailed information about how liver disease impacted that particular animal.

“What’s interesting about that is we were able to match certain diseases that each liver showed to specific impacts, like reduction in carcase weight or increased ossification – really important things for lot feeders to have data on,” Rachel said.

This prospective collection of individual liver, carcase and animal data led to one of the major findings of the project – a ‘threshold’ which determines the point at which an abscessed liver becomes an economic problem for the lot feeder.

“We found that if more than 20% of an animal’s liver had abscessation or the abscesses were more severe, this was very much associated with reduced performance,” Rachel said.

In animals where >20% liver abscessation occurred, the researchers recorded increased frequencies of reduced:

Rachel said there’s a fine line between an economically viable animal with liver abscessation and one that’s going to cause issues for your bottom line, even if the animal looks well.

“That 20% mark is the clear cut-off. Once you’re over that point, you’re losing money and it’s worth your while to get to the bottom of the abscessation issue,” Rachel said.

As well as the discovery of a clear severity threshold for liver diseases’ effect on feedlots’ bottom line, Rachel said there was an especially unexpected finding from the prospective study.

Rachel and her team admit they were shocked to find that the long-fed cattle which had hydatid disease had an average reduction in hot standard carcase weight of over 9kg, reduced dressing percentages, p8 and rib fat, and increased ossification.

“There can be a perception that ‘hydatids are just a parasite, it’s not going to impact the animal too much’ – but we found that’s certainly not the case for long-fed cattle.

“Initially we didn’t believe it could have such a significant impact, but we checked, double checked and triple checked, and it’s real,” Rachel said.

“Other studies have shown a similar trend in short-fed export feedlot cattle. But no one knows why or what the hydatid is doing so more research is required.”

Rachel believes there’s definitely an opportunity to look into the hydatid finding further.

“I think an important step for the industry is to figure out why hydatids are having this effect on feedlot cattle…how much of a problem is it, or if there’s things like vaccination we can do to control the disease.

“We need to know more about this, considering our findings suggest there is a significant economic impacts that needs to be explored further,” Rachel said.

“Nobody knows what it is about these little cysts that make cattle grow so poorly, so it’s definitely something the industry could explore now that multiple studies have given us a hint something is going on.”

Effect of liver defects on carcase characteristics, performance and health of feedlot cattle