On Tuesday, the Bureau of Meteorology (BOM) announced a La Niña has developed over the tropics of the Pacific Ocean. A La Niña traditionally brings wetter-than-average conditions for many eastern and northern areas of Australia, alongside milder temperatures. This will be the second consecutive year the weather event has occurred, which is not uncommon.

Experiencing a second La Niña in a row reinforces that both the herd rebuild and flock growth will continue into 2022. Given the drought-breaking rains initially fell in March 2020, Australia is looking at three years of good seasonal conditions heading into mid-2022 with an abundance of grain, pasture and ground water.

This forecast will have several potential implications for both the sheep and cattle markets in supply and demand terms. Looking at the historic movements of the National Trade Lamb Indicator (NTLI) and the Eastern Young Cattle Indicator (EYCI) when a La Niña has occurred provides background for the coming months between the end of 2021 and into the first quarter of 2022.

For the NTLI, from the peak of the spring flush in November 2020 through to 2 March 2021, it rose by 28%, or 187c/kg cwt, to a level the market had not reached before and did not hit again until six years later in April 2017. This market high coincided with the peak of the 2010–12 La Niña, when flooding rains inundated much of the eastern seaboard. 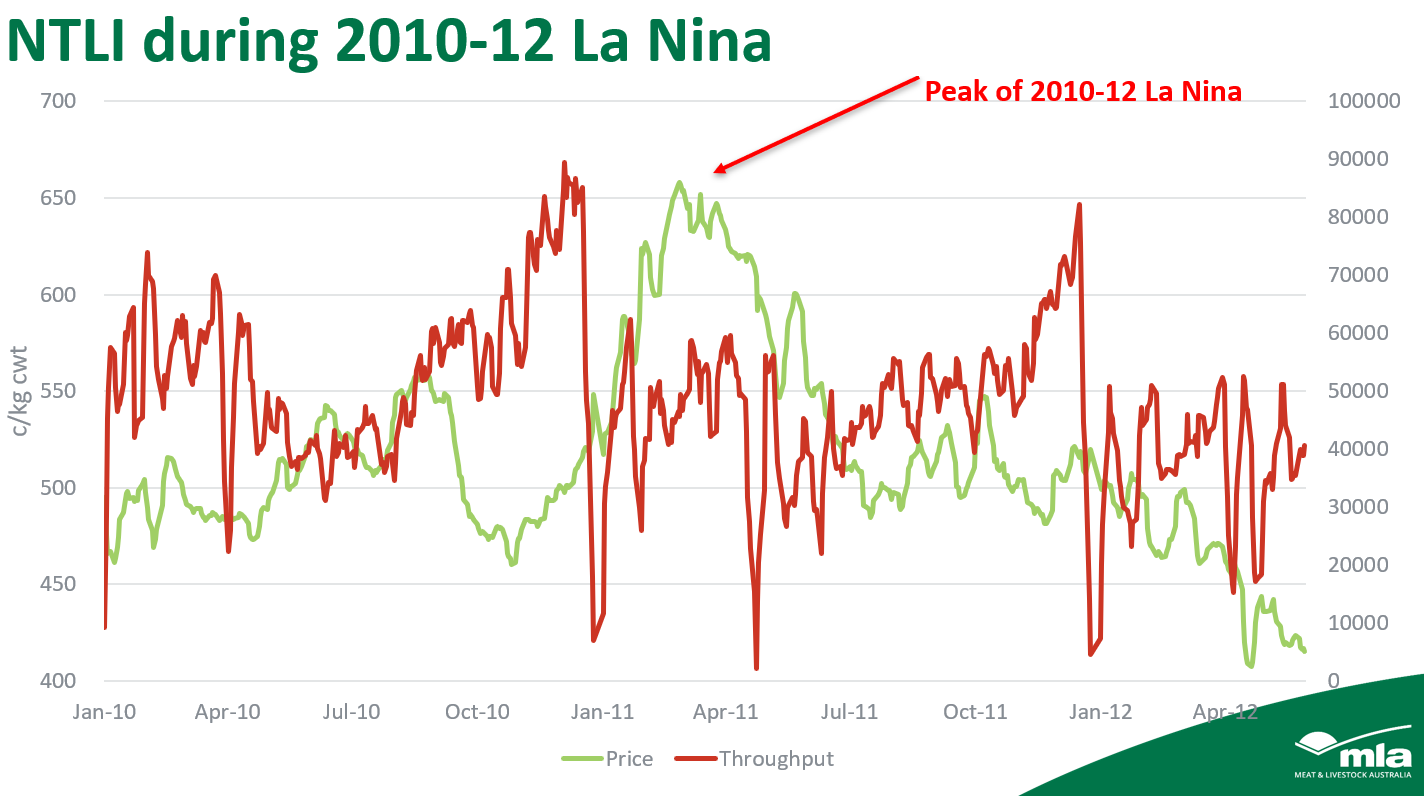 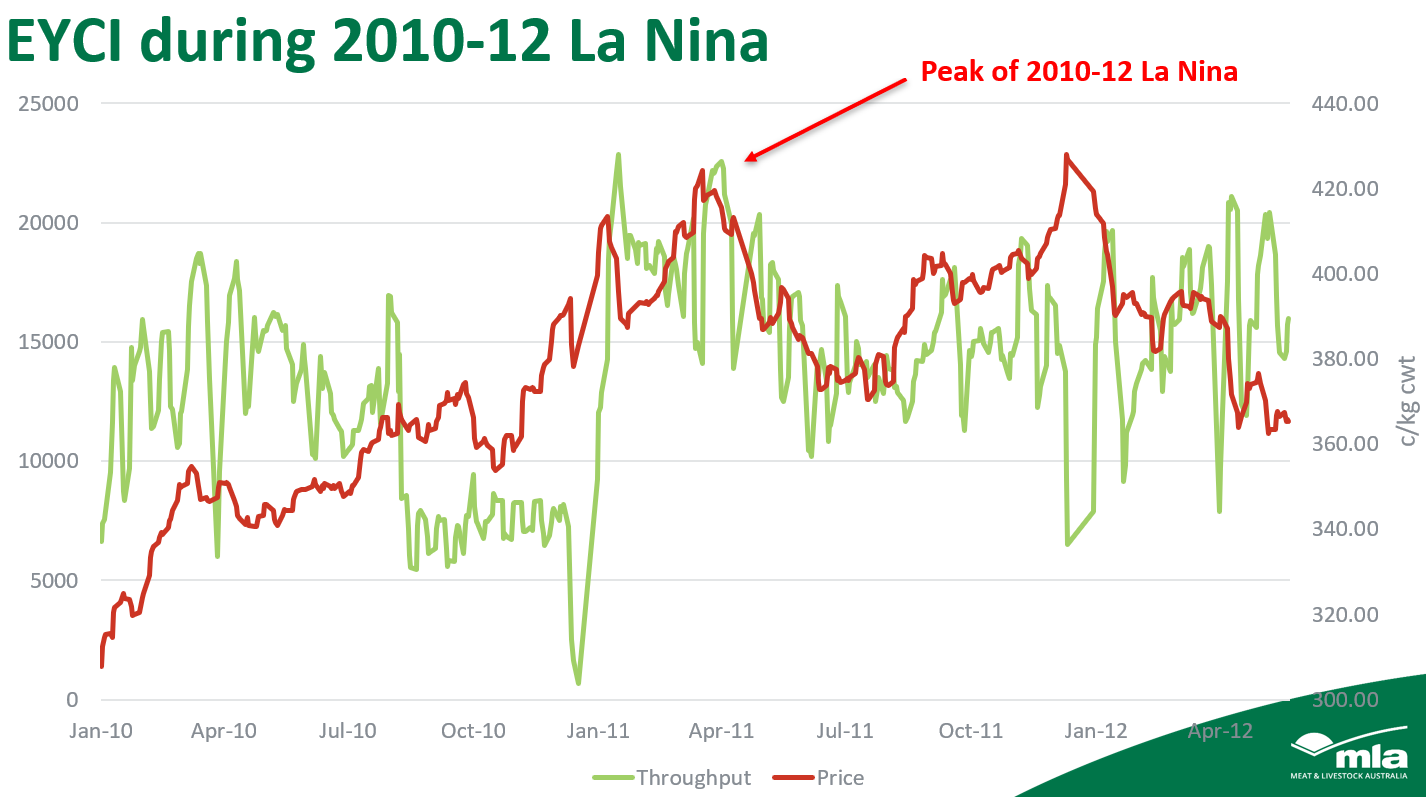 As this analysis demonstrates, the return of a La Niña for a second year to the eastern seaboard can contribute to significant rises in the lamb market.

Transportation and logistical issues of delivering lambs to market becoming challenging due to wet weather. This and other supply constraints, coupled with an ever-strong heavy lamb market incentivising producers to add weight, may continue to place upward pressure on the price of trade lambs in line with the forecast wet summer, as has occurred previously.

The current young cattle market is already at a level no one could have comprehended two years ago. While the price is at 1,105c/kg cwt, the previous La Niña years of 2010–12 demonstrate that a rising market during a wet summer has a high chance of occurring, with similar transport and logistical issues hampering supply.

With the rebuild firmly in the front of producers’ minds, the potential for the market to move in line with the previous La Niña has substance, as tight supply and pasture availability drive up demand. This was experienced during the 2020–2021 La Niña and it could continue into the first quarter of 2022.