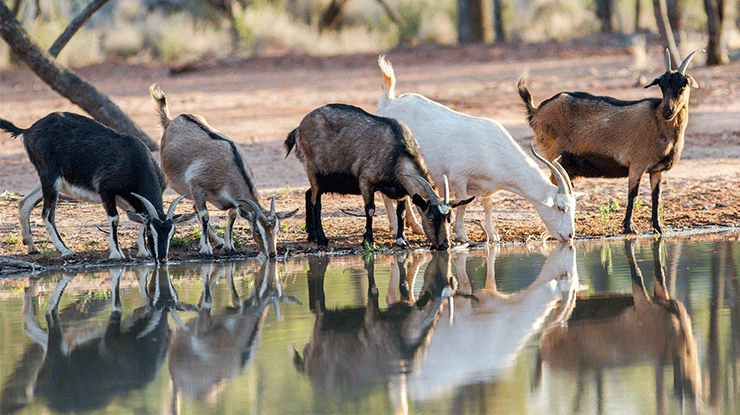 That’s according to the University of Queensland (UQ) meat scientist, Professor Louw Hoffman, who supervised research that looked at the effect of breed types and castration on carcase characteristics of Boer and large frame Indigenous Veld goats (IVG) in South Africa.

Results of the study showed that under the same production conditions, IVG could have a similar potential for meat production as Boer goats, and that carcase characteristics differed more between wethers and bucks than between breed types.

What the South African research found

The study looked at weaner male Boer goats and large frame IVG, including both bucks and wethers for each breed.

Both breeds were raised on hay and natural grass ad libitum and the recommended amount of commercial pelleted diet to a live weight between 30–35kg.

The right sides of the carcases were divided into wholesale cuts and dissected into subcutaneous fat, meat and bone. Large frame IVG wethers were slightly lighter than the IVG bucks with no significant difference observed between Boar goats.

Prof. Hoffman said given that the Boer goat originated out of IVG, there might be superior genetics in Australian Rangeland goats the industry could be selecting for that perform just as well as Boer goats.

“The study in South Africa demonstrated that some of the IVG performed just as well as the Boer goats and were very similar in their performance indicators,” Prof. Hoffman said.

“Australian rangeland goats have adapted well and there might be superior genetics in our rangeland goats but which no-one has selected for it. That’s what we need to research.”