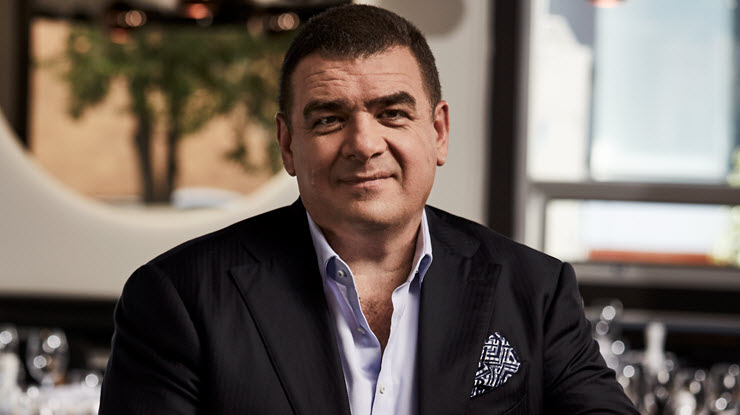 While the decade old national policy debate around emissions reduction targets flared again last week, Australia’s red meat producers and businesses are continuing to demonstrate their commitment to maintaining and improving the environment.

The news may come as a surprise to some.  Unfortunately, we have grown a little too accustomed to seeing negative headlines around red meat’s impact on our environment, and not enough coverage of the positive, proactive steps our forward thinking industry is taking.

The reality is our industry is leading the way in the challenge to lower emissions and improve productivity, ensuring a steadfast commitment to intergenerational sustainability while producing some of the highest quality and in demand red meat in the world.

And regardless of any national policy debate – the red meat industry’s willingness to seize the initiative is something that Australians can proudly point to as a progressive and sensible pathway forward.

Back in 2017, Australia’s red meat industry took the first steps on this journey, announcing our intention to be carbon neutral by 2030 (CN30). This was based on research undertaken by a consortium of organisations led by Australia’s national science research agency, CSIRO, which showed it was possible for Australian red meat production to achieve carbon neutrality by 2030, through continued efforts to reduce greenhouse gas emissions, improve on-farm husbandry practices and land management and store carbon in vegetation and soils, all while maintaining herd and flock numbers.

From this, we now have the CN30 target – an industry aspiration to achieve net zero annual greenhouse gas (GHG) emissions by 2030.

The CN30 target, alongside investment in technologies and research that demonstrate the industry is proactively addressing emissions, reinforces our reputation as a global leader in sustainable food production. This is a key point of difference for Australian red meat in a competitive global protein market. But equally important, CN30 is connected to increasing efficiency and growing profitability  throughout the red meat supply chain.

There have already been some big inroads towards CN30. Net GHG emissions from red meat production have fallen 57% since 2005, representing by far the greatest reduction by any sector of Australia’s economy. Our industry currently contributes 10% of all of Australia’s greenhouse gas emissions – this figure has halved since 2005. However, continued progress is vital.

We have seen many red meat producers, businesses and brands already embrace sustainability and emissions reductions. There is a growing number of producers that can currently say their on-farm businesses are carbon neutral and there are carbon neutral beef brands in the market already. They have embraced the challenge because they see the opportunity.

But why have they done this and why does the red meat industry have this ambitious target?

We know there is growing interest from our global customers and consumers around where food is from and how it’s produced.  While not yet being a major purchase driver, universally, the majority of consumer surveys continue to show the growing interest in how the food we eat affects our environment.

In the last month, we have seen the results of the largest ever opinion poll on climate change – conducted by the United Nations Development Programme (UNDP) and Oxford University – again reinforce the public’s view on climate change.

More than a million people in 50 countries were questioned, with 64% of participants agreeing climate change was a global emergency. However, deep in the report was a fascinating statistic. Out of 18 policy suggestions presented to the respondents, the least favoured was switching to a plant-based diet, which failed to attract majority support in any country.

So while the community want something done on climate change, and rightly so, they also want to continue to enjoy red meat as part of a healthy diet and it’s our job to provide the evidence that says its absolutely ok to keep doing that, and not let those with an anti-red meat agenda create noise and confusion.

This is certainly reflective of our own consumer sentiment research, which confirms consumers trust and feel very positively about Australia’s red meat sector and they are not turning away from meat in their diets.

At the same time, through initiatives like CN30 - and our evidence based Australian beef and sheep sustainability frameworks - we can ensure we are leaving our vast grazing lands in better condition than we found them, delivering profitable businesses for future generations and doing something positive for the environment.

In many cases, these credentials and initiatives highlight industry practices and a commitment to environmental stewardship that existed before any GHG reduction targets were even considered.

For Meat & Livestock Australia (MLA), we are investing in research and technologies to support red meat’s transition to a carbon neutral position. Some technologies and practices being adopted include improved animal genetics, efficient rumen function and on-farm husbandry practices to reduce emissions intensity (per unit of meat produced). And while other options require further research and development to validate their environmental and economic benefits, our focus must be on achieving our goal through innovation and adoption of a multi-million dollar portfolio of research and development.

The path to carbon neutrality for Australia’s red meat sector provides a huge opportunity to meet the growing interest from consumers AND be rewarded and acknowledged for doing so.

Importantly, the pathways to success we have identified don’t require the heavy hand of regulation. It will be our industry’s people, customers and consumers who will empower industry to achieve CN30 while remaining a trusted supplier of the highest quality protein.

As a national debate continues, it should be recognised Australia’s red meat industry is looking to the future, investing in innovation to reduce emissions, meeting global trade requirements and fostering a profitable and sustainable industry.