The majority of cattle indicators, both eastern states’ and national, hit new records this week as Australian cattle prices continue to surge.

The Eastern Young Cattle Indicator (EYCI) reached 996.50¢/kg cwt on Tuesday, a new record, ever so close to the 1,000¢ mark, then proceeded to fall slightly on Wednesday. The EYCI launched more than 13¢ on Tuesday, heavily backed by the Roma saleyard, which had both a record EYCI eligible yarding of 5,570 head, along with a record average price of 1,018.75¢/kg cwt. Roma maintained 40% of the total EYCI yarding, contributing to the rise.

Nevertheless, 70% of saleyards experienced week-on-week gains, laying a strong foundation for the rising market. A higher percentage of lighter yearling steers and restocker activity is supporting the lift and fetching higher premiums. Demand is still strong, highlighting a keen interest in young cattle as the seasonal outlook is positive and weight gains can be realised.

The Eastern States Heavy Steer Indicator has also lifted to new heights, achieving 434¢/kg lwt on Tuesday 21 July. This indicates there is still life left in the heavy types this season, as they will provide a margin for producers if prices remain strong. Eastern States Cattle Indicators 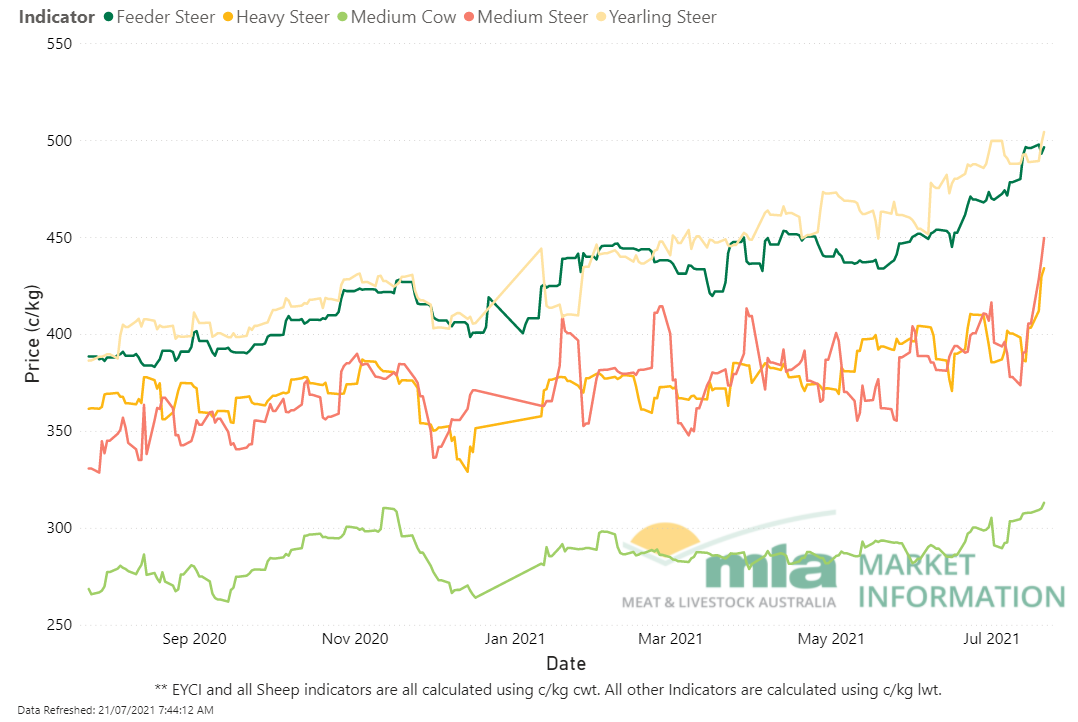