With China shifting into second place after the US as Australia’s most valuable red meat export market, the activity around marketing, relationship building and education in-country has hit top gear. From trade shows to cold chain seminars and cooking demonstrations to Asia’s largest food expo, Meat & Livestock Australia’s (MLA) team China has been operating around the clock to ensure Australian beef and lamb is front of mind as China continues down a path of purchasing unprecedented volumes of meat.

Tremendous growth of Australian chilled beef to China has come on the back of rising middle class incomes and the increasing sophistication of demand and appreciation of beef products, he said. This has gone hand-in-hand with strong recognition of the Australian brand.

Chilled beef exports to China is up 146% for the year-to-May, on top of a 120% total growth last year. Despite limited cattle supply in Australia, year-to-May growth in overall Australian beef exports has seen 61pc growth to close to 95,000t. Lamb exports are up 22pc for the same period and mutton up 78pc.

Still, there is untapped potential, said Joe. “The Chinese consumer with a household income over US$35,000 –  the threshold where people start to consume premium imported meat regularly – is forecast to double between now and 2023,” he said. “China has a 1.4b population but if you zoom in to our target segment, it is still a larger number than all of Australia.”

Joe said the Australian provenance story was very strong in China. “People recognise Australian products as being green and safe. There is a very high confidence in its safety and quality,” he said. “Australian beef has been in China for a long time. Australia is the only country that has always had access to China and has always maintained a consistent supply.” 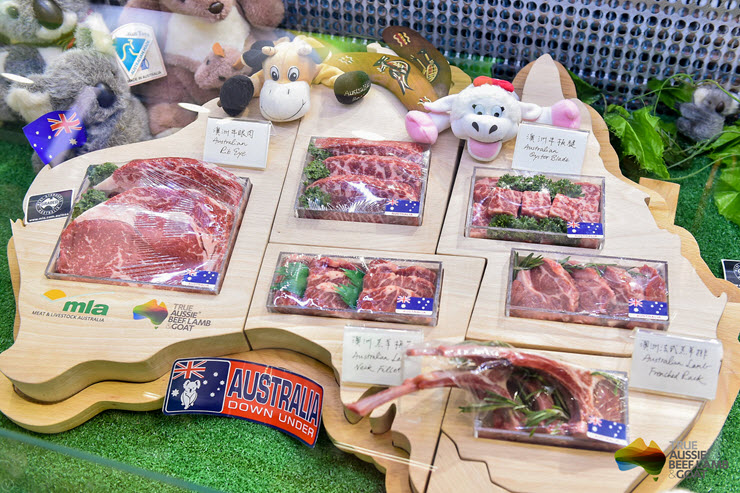 South American countries are a more recent start in the China beef market and volumes are growing at a fast pace. Joe said Brazil, Uruguay and Argentina had now overtaken Australia in terms of volume of supply but offered a lower-quality product, taking the lower-income market segment and pushing Australia even more towards a premium position. This also explained the growth in Australian grainfed and chilled product to China, he said.

MLA was focused on working closely with industry bodies in China to maintain relationships and keep the two countries engaged while issues at a political level were challenging, Joe said. Trade relationships were in fact very stable, given the difficulties at the political level, he said.

“From a marketing perspective, we are focused on ensuring the Chinese industry is able to get the right message across to the end user to allow consumers to appreciate products such as grassfed and grainfed, loin and secondary cuts,” Joe said. “This will drive a sophistication in demand. Three years ago, people here associated any kind of beef meat as a steak, but now they understand beef is much more and with that, they are willing to pay a premium for better products.”

More energy and resources are being directed to the geographical areas where MLA has determined those with the target income are living – typically provincial capitals and larger coastal cities.

Trade shows are a large part of business development efforts and a collaboration with Austrade called the Festival of Australia saw red meat tasting and cooking demonstrations delivered across five cities in late May, with digital platforms and media leveraged to maximize impact. 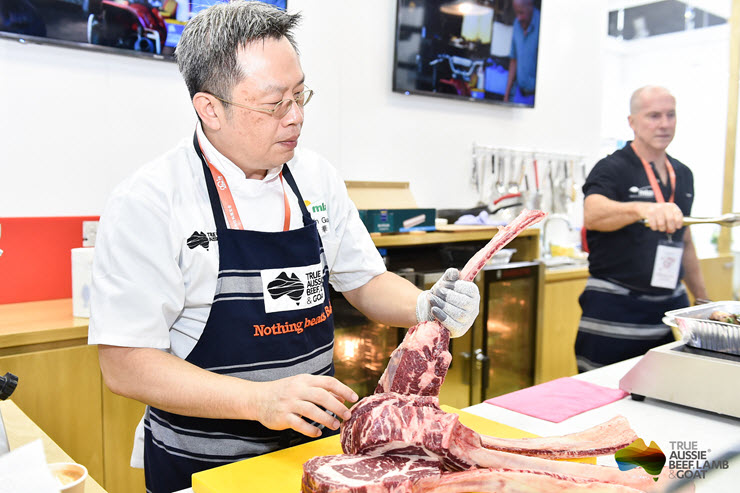 Also in May, a record number of 26 beef and lamb suppliers from Australia, including big exporters like Teys, JBS, TFI and Mort and Co, took part in Asia’s largest food show, SIAL, in Shanghai. More than 1000 visitors stopped by the MLA booth during the show and Joe said Australia’s position as a high standard food provider was significantly strengthened. The number of MLA WeChat official account followers jumped dramatically on the back of this event, which means many more importers and consumers receiving industry and nutrition information.