The right stocking rate starts with a soil test

Sam and Kirsty White operate Bald Blair Pastoral Co, an Angus cattle seedstock herd backed by their own commercial Angus cattle herd. Consisting of four properties in the Northern Tablelands of NSW, Sam is a seasoned soil tester and has been soil testing every year for almost 30 years on his Bald Blair and more recently purchased Kolora property. 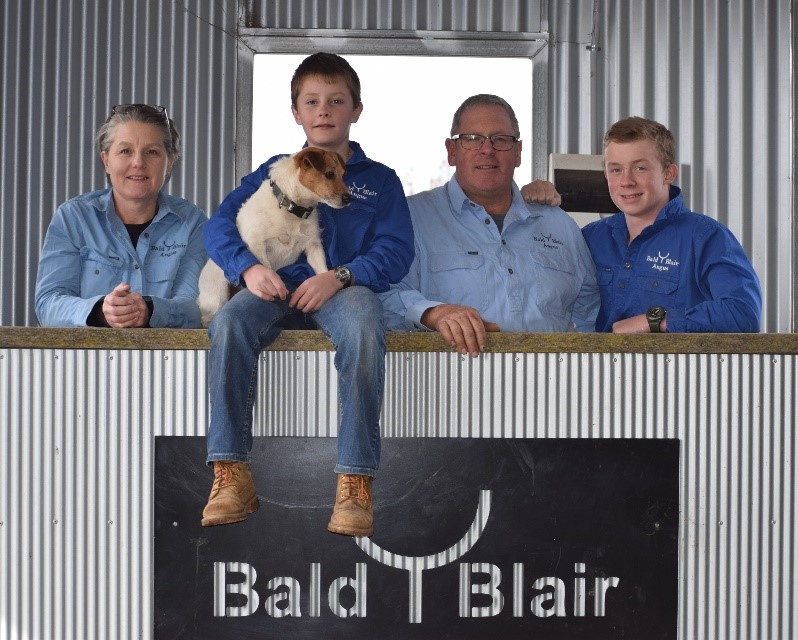 started soil testing primarily to find out what nutrient deficiencies existed in our soils so I could manage them accordingly with fertiliser,” Sam said.

Soil testing has allowed Sam to boost his carrying capacity by approximately 25% because he has managed to avoid any level of degradation of pastures caused by overstocking.

Sam started working with agronomist, Milton Curkpatrick from Precision Pastures in 2016, making the most of his specialist skillset.

“We conduct grid sampling every 200m2 across the property, usually in spring, to devise management plans (fertiliser, gypsum and lime) for the coming 1–3 years. We then use variable rate technology to apply exactly what we need in different areas.

“Precision Pastures have helped me interpret our soil test results and I can say to them – these are my production goals, they interpret those needs and identify what nutrients and soil amendments we need address to achieve them.

“We test every three years to see how things have changed in relation to our strategy. For example, during the drought, we didn’t use as many nutrients as we thought (due to low livestock numbers), so we didn’t need to apply as much fertiliser.

“Soil testing allows you to get the best bang for your buck, so you're not wasting money and only spending money on fertiliser, lime or gypsum where the nutrients are needed.”

What Sam found most surprising from conducting soil tests is the variation of soil nutrients across the whole property.

“I was surprised at the level of variation in soil nutrients across paddocks, what one paddock required in fertiliser was completely different to the paddock right beside it,” Sam said.

“Visually you might see subtle differences in your pastures but the data from the soil tests gives you solid evidence to base your soil management strategy on.” 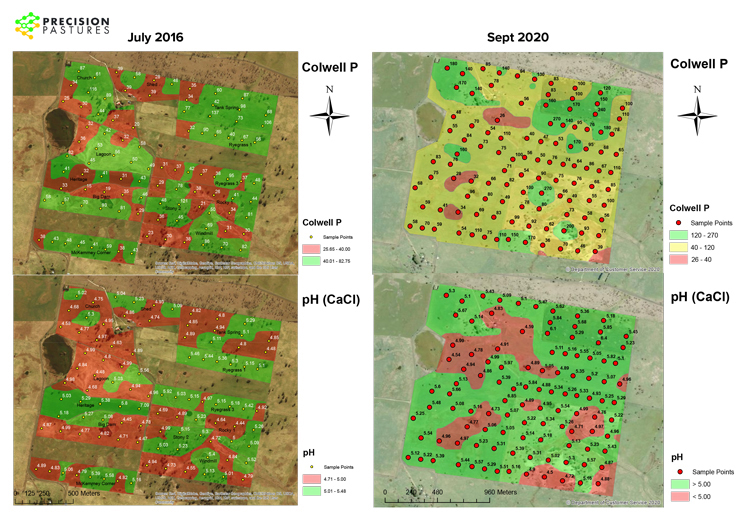 Lapping up the long term benefits

It’s the longer term benefits where Sam has really seen the value in soil testing by maintaining a healthy carrying capacity and optimising production.

“We operate a rotational grazing system so we’re constantly moving stock. Plant health is therefore extremely important, and what we find is the plant health under this system is very healthy.

“By applying the correct nutrients, the resilience and health in pasture species means they recover quickly after grazing periods and we also came out of the drought in much better shape.

“Soil testing has ultimately lead to boosting our carrying capacity by approximately 25% because we’ve managed to avoid any level of degradation of pastures caused by overstocking.

“With higher management, we're able to put more stock on and get a better return on investment from our property asset.

“Soil testing is like a prescription – it's a measure of where you're at, you know which nutrients the livestock are taking out of the soil and you can replace them accordingly.

“For example, we want to put this amount of stock in one paddock so we need to make sure there is enough plant growth to manage the stock levels that we want.

Controlling the cost of production

Sam believes soil testing has helped him focus and control the cost of production, which is now more important than ever.

“The cost of inputs continues to rise and our commodity prices – while very buoyant right now – are not always rising at the same rate as the costs of production.

“Ultimately we're trying to get productive efficiency gains and optimise the production of our properties.

“Soil testing allows you optimise your assets. A single big improvement like a 10% improvement in pasture utilisation has a multiplying effect on the level of profitability, on your bottom line.

“Pasture utilisation is one of the things you can control that will make a big difference to your livestock enterprise.

“It’s pretty powerful stuff. So the answer is soil test, soil test and keep soil testing – and keep a record of change.” 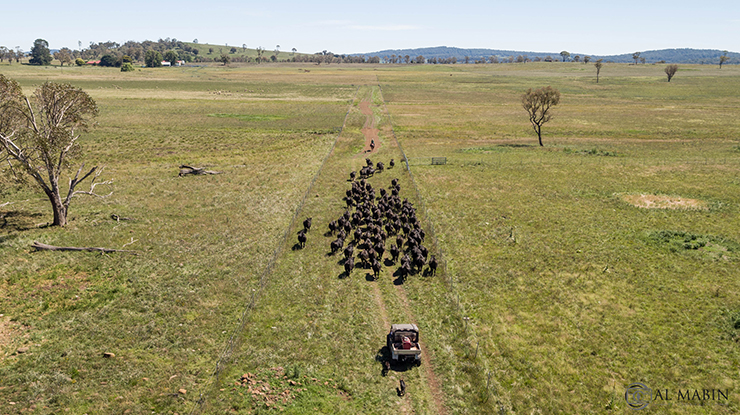 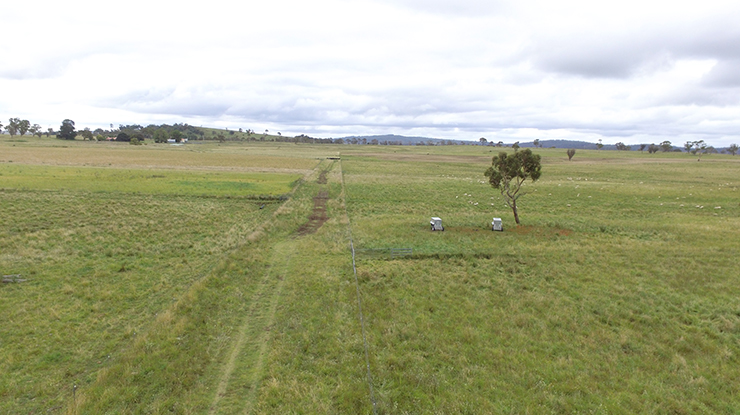