COVID-19 cases in South Korea have recently resurged, with new daily cases remaining above 100 since mid-August. For the past two weeks, the Korean government enforced level 2.5 social distancing measures for the country’s capital, Seoul, and the surrounding areas. This involved:

Currently restrictions have been eased to Level 2, however, many consumers are still opting not to dine out, which is lending support to both retail and e-commerce retail sales. Charlie Ko, MLA Country Manager, South Korea, said the market had experienced a shift in demand from foodservice to in-home cooking and home delivery, as consumer behaviour reflected the rise and fall in the country’s COVID-19 cases.

As the COVID-19 outbreak continues to affect foodservice in many of Australia’s key export markets, Korea has emerged as a key destination for loin cuts, in particular tenderloin. Traditionally used in hotels and restaurants, tenderloin was an unfamiliar cut at retail in Korea. Responding to increased availability of tenderloin due to COVID-19 and reduced demand from foodservice, MLA’s Korea marketing team have co-marketed several tactical tenderloin promotions since May with some exporters and a range of Korean retailers, e-commerce retailers and meal-kit processors.

Most recent export data shows Korea has become the largest export customer for Australian tenderloin during June to August, registering a 58% increase from the same period in 2019. According to Charlie Ko, almost 80% of tenderloin sales in recent months have been through retail, e-commerce retail and meal kits sold online, creating new opportunities for this cut. 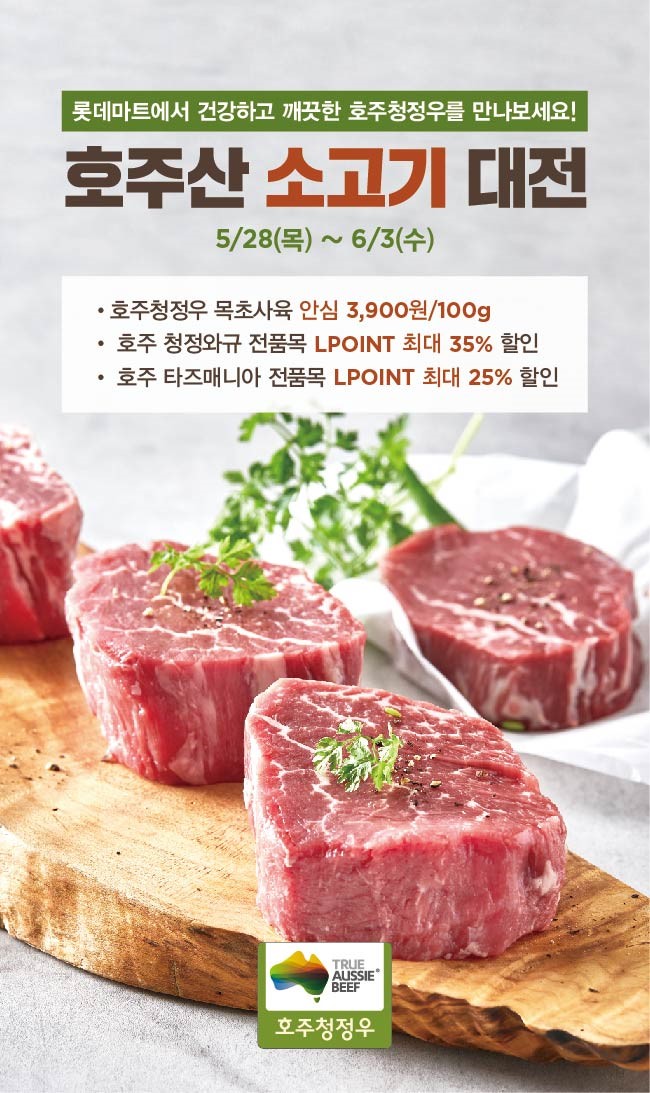 Considering the tight levels of Australian cattle slaughter, beef exports to South Korea have been performing relatively well through 2020 and have now surpassed 100,000 tonnes shipped weight (swt). Relative to 2019, volumes are back just 5,000 tonnes swt (-4%) for the year-to-August. Interestingly, chilled beef exports are up 5% for the year-to-date, representing the growing demand for tenderloin cuts.

For the past three months, South Korea’s proportion of total Australian beef exports has been above year-ago levels, reaching 17% in August, the highest level since September 2018. Last year, as demand for beef grew in China off the back of the African Swine Fever pork production deficit, this fostered strong price competition for Australian beef between the two markets. Exports to China trended upwards through 2019, yet have fallen back this year, with South Korean market share fluctuating accordingly. In the coming months, if export volumes to China remain subdued, this could result in South Korea accounting for a greater share of Australian beef exports.

Looking at share within the South Korean market, the US has strengthened its market position over the past few years, pulling ahead of Australia through 2018 and 2019. A prominent reason for this shift was Australia’s expansion into the Chinese market, while due to trade restrictions, the US was unable to do the same. As Chinese demand for Australian beef grew, South Korea looked to the US to supply a greater share of imported beef. 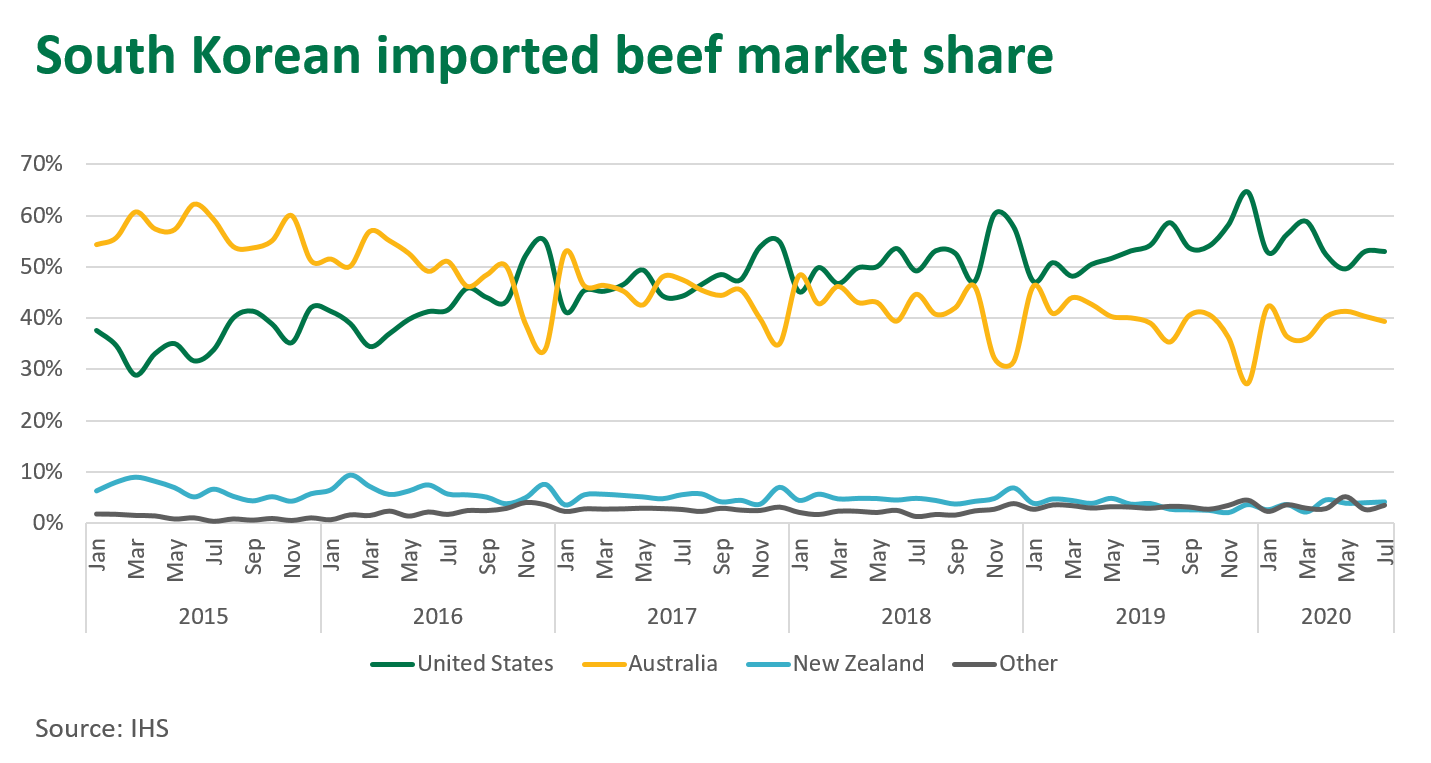 Now, as the US looks to expand into China off the back of the US-China Phase one trade agreement agreed upon in January this year, while Australian beef exports to China decline as five plants deal with temporary trade suspensions to China, this could spark renewed competition and result in Australia claiming South Korean market share back from the US.

The beef import safeguard is a mechanism that allows Korea to increase tariffs temporarily once imports exceed an agreed level under the Korea-Australia Free Trade Agreement (KAFTA). The safeguard volume for 2020 is 174,087 tonnes swt and increases by 2% each year. Once the safeguard is triggered Korea can raise the tariff for Australian products from 21.3% to 30% – effective until 31 December 2020. Currently, 82% of the safeguard volume has been utilised. Given the current level of exports, Australia is anticipated to trigger the safeguard later than in previous years.