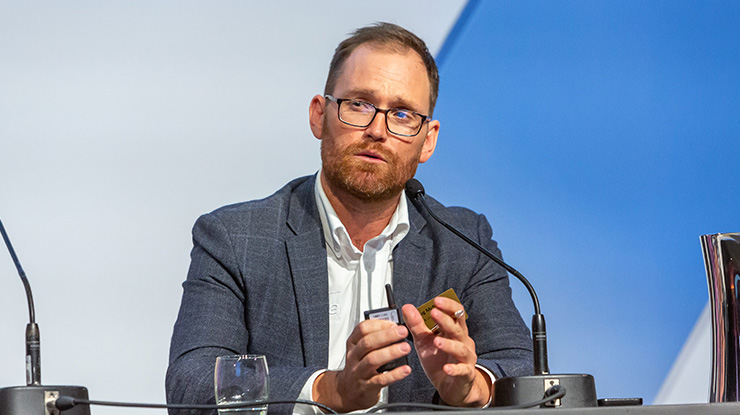 The Australian red meat and livestock industry has set the ambitious target to be carbon neutral by 2030 (CN30).

This means Australia’s beef, lamb and goat industries – including production, lot feeding and meat processing – are aiming for no ‘net release’ of greenhouse gas (GHG) emissions into the atmosphere in 10 years’ time.

But what does this really mean on‑farm and what can producers do to reach this goal?

Here, MLA Manager – Sustainability Innovation, Doug McNicholl, shares what producers need to know about CN30 and the part MLA is playing to reach this target.

“The industry has created an opportunity to turn today’s pressures into tomorrow’s opportunities,” Doug said.

MLA’s approach to achieving CN30 is focused on delivering multiple benefits to industry, customers, consumers and the community.

“The CN30 target sends a clear signal to government and consumers that the red meat industry is proactively addressing emissions.”

Staying ahead of current and future consumer, customer and community expectations regarding environmental credentials allows red meat producers to stamp their mark in a competitive global protein market.

“Demonstrated commitment to environmental stewardship, through initiatives such as CN30, enables ongoing trust and support for our industry. It underpins our position as a responsible producer of high‑value, clean, safe and natural protein,” Doug said.

What’s in it for producers?

The big wins for producers from CN30 activities include:

Doug said CN30 is achievable with industry commitment, the right policy settings and new investment in research, development and adoption.

CSIRO has presented some theoretical pathways for the Australian red meat industry to achieve CN30; however, the support of producers will be crucial to the initiative’s success.

Australian red meat producers have a long and proud history of adapting to environmental and market conditions. As custodians of around half of Australia’s land mass, an enormous opportunity exists to be the prime example of a productive, profitable, carbon neutral industry.

What will this mean for Australia’s national herd in 2030?

According to Doug, carbon neutrality doesn’t need to come at the cost of livestock numbers.

By 2030, producers will be even more attuned to the influence of genetic, environmental, technological and market factors on red meat production, and will be able to:

What’s in the CN30 pipeline?

MLA is working on a range of tools and technologies for producers to cost‑effectively reduce emissions and boost the value of red meat sales by demonstrating environmental stewardship credentials to customers, consumers and the community.

“An important first step is providing producers with a carbon accounting tool so they can determine their net GHG emissions position, identify strategies to reduce these emissions and improve carbon storage on‑farm,” Doug said.

“MLA’s CN30 Manager, Margaret Jewell, has been working with producers across the country to develop a next generation arm‑level accounting tool.”

A carbon accounting training manual is also being developed to help producers get on the front foot and maintain or improve productivity while reducing emissions.

More than three‑quarters of emissions from enteric fermentation (digestion) are from beef cattle on pasture. Approximately half these emissions are from cows aged more than two years.

“This is why MLA and its research partners are investing in new feedbase options and supplements which reduce methane emissions from livestock and improve animal growth rates and reproduction,” Doug said.

Several supplements have been identified which provide reductions in enteric methane and improvements in animal productivity, including the following: