Your guide to getting Parkinsonia under control 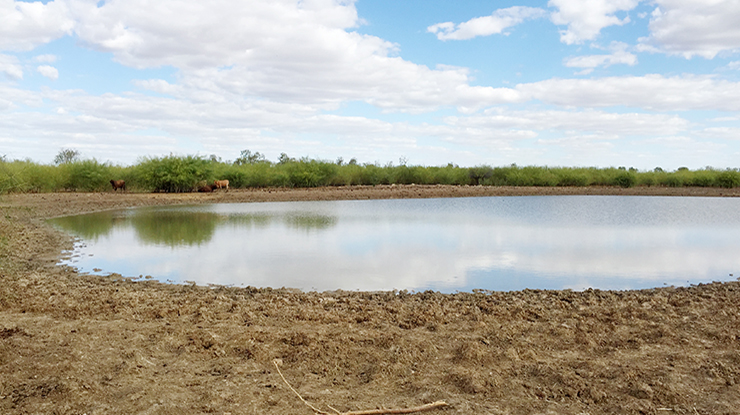 Producers have a tool in their arsenal to control the invasive riparian weed Parkinsonia across northern Australia with the biological herbicide, Di-Bak Parkinsonia, but effective control needs the right approach.

The Deputy Head of School at the University of Queensland’s School of Agriculture and Food Sciences has spent more than 16 years investigating dieback disorders of invasive woody weeds in the Australian landscape, including Parkinsonia.

His work resulted in the development of Di-Bak Parkinsonia, developed with MLA support, and the establishment of a start-up company, BioHerbicides Australia (BHA).

“PhD student Naomi Diplock and I started investigating this in 2005, and MLA joined in to extend this research in 2009. We found it was caused by fungal organisms that infect the plants and kill them.

“Naomi’s research also found that dieback spreads through Parkinsonia populations via the soil and root system contact, or through overland water flows.”

Step one: understand how the problem spreads

Vic said that before using any control measures, producers need to understand how Parkinsonia plants spread.

The three main avenues of seed spread are:

“It drops pods on the ground that then move downstream.

“It can spread through cattle grazing and picking up the pods and ingesting the seeds.”

As well as the new bioherbicide, there are a range of chemical options for the control of Parkinsonia – the best option depends on the individual situation.

Sometimes, chemical control is preferable, however herbicides will only kill those plants onto which it is directly applied.

“It really depends on your level of infestation. You need to determine how big (and dense) a Parkinsonia problem you have,” Vic said.

He advises producers develop a detailed map of infestations on their property and the density of these infestations, before deciding on a control approach. This can be created using aerial or satellite imagery and ‘pinning’ locations using GPS to map where infestations occur.

“For fairly light infestations or just scattered plants, the best approach is to clean them up using herbicides,” Professor Galea said.

“If you have 1ha with 10 plants on it, I wouldn’t advise you treat every plant with a bioherbicide. Even though it will take you the same amount of time to apply the treatment, the bioherbicide takes longer to kill the plants. The chemical herbicide is a more rapid approach.”

Because Di-Bak Parkinsonia is a living pathogen that spreads throughout populations via soil, root systems and overland water flows, it’s the ideal option for extensive infestations.

It’s important to understand the way water flows across your property, so you can aim to treat the plants upstream.

“When you have very dense infestations, you cannot treat every plant with herbicide,” Professor Galea said.