For the Australian cattle market, trying to capture how 2020 unfolded is a difficult task, as pandemic-induced disruptions and changing seasons resulted in unpredictable situations unfolding. These unforeseen circumstances will carry impacts over into 2021 as the industry enters uncharted territory. Despite these challenges, Australian cattle have performed well this year, highlighting the strength of the industry to adapt, and the quality of the product being produced.

Restockers continued to make their presence known in the market, with a change of season in key southern regions offering an incentive to rebuild herds. The bounce back was immense, with the largest continuous climb ever seen in young cattle prices – the Eastern Young Cattle Indicator (EYCI) sat at 477¢/kg cwt at the start of the year, rising 289¢ by March 11, as rain came.

The scene was set for a booming year for domestic cattle prices before COVID-19 hit. The impact of the pandemic was profound, disrupting logistical supply chains, reducing foodservice demand, triggering trade tension and undermining the confidence of the Australian cattle market. Border closures and plant suspensions also took a toll on the processing sector.

Retail volumes, however, surged on the back of panic buying and increased cooking from home, with the desire for quality red meat at the forefront of consumers’ minds as they endured the pandemic. Export volumes continued to dwindle however, down 14% year-on-year, with a slow recovery expected for many key export markets. 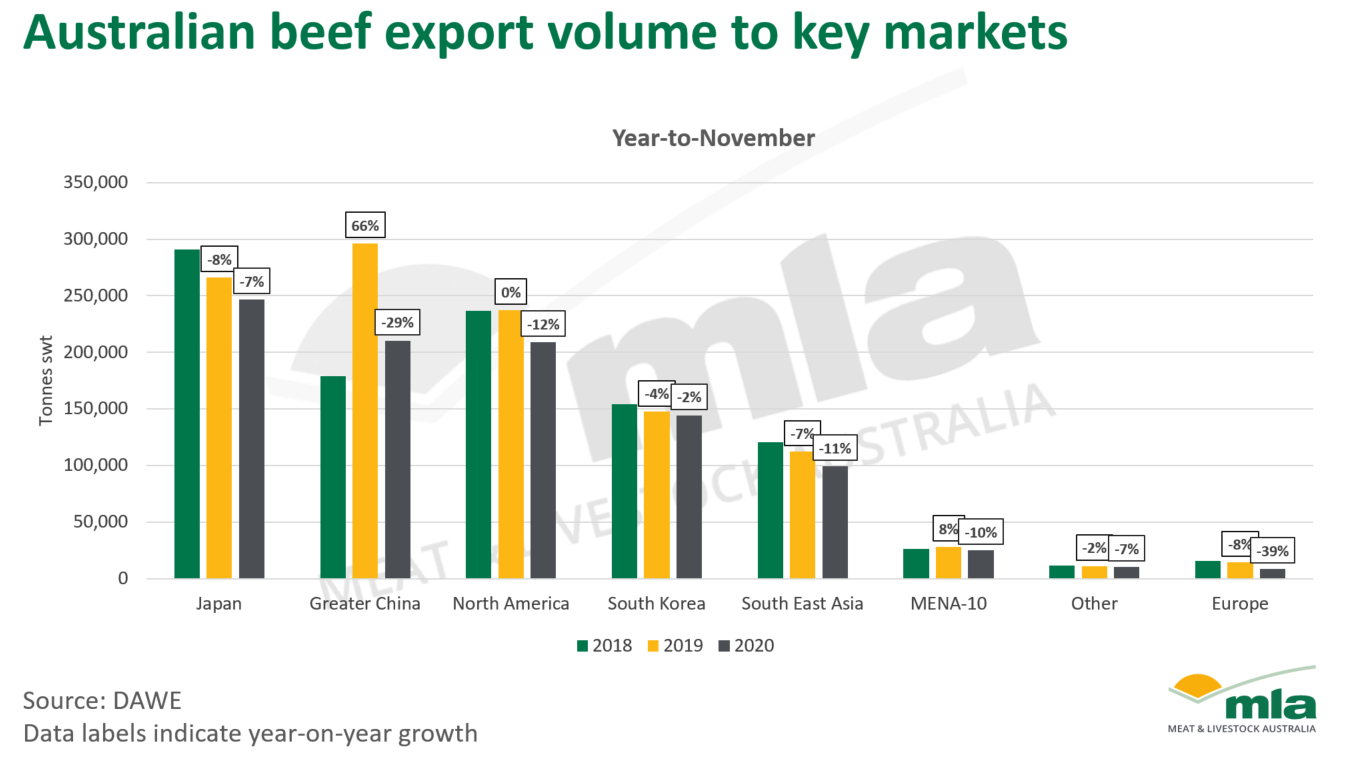 Beef processors were forced to remain agile throughout 2020 on the back of reduced export and foodservice demand and low supply, maximising carcase value through altering cuts and pivoting to focus on retail markets.

While medium and heavy categories took a hit due to the decline in foodservice demand, young cattle prices were able to rally. Solid rainfall across the eastern states throughout the Easter period spurred on restocker activity, climbing for the remainder of the year.

Slaughter volumes continued to decline following mass drought-induced turnoff in 2019 and heightened restocker activity in 2020 primarily out of NSW as supply continued to tighten. The continual rise of Australian domestic prices, along with a rise in the AUD, reduced the competitiveness of Australian exports. Nevertheless, Australia remained resilient with the high value of Australian meat able to offset the lower volumes exported in 2020. 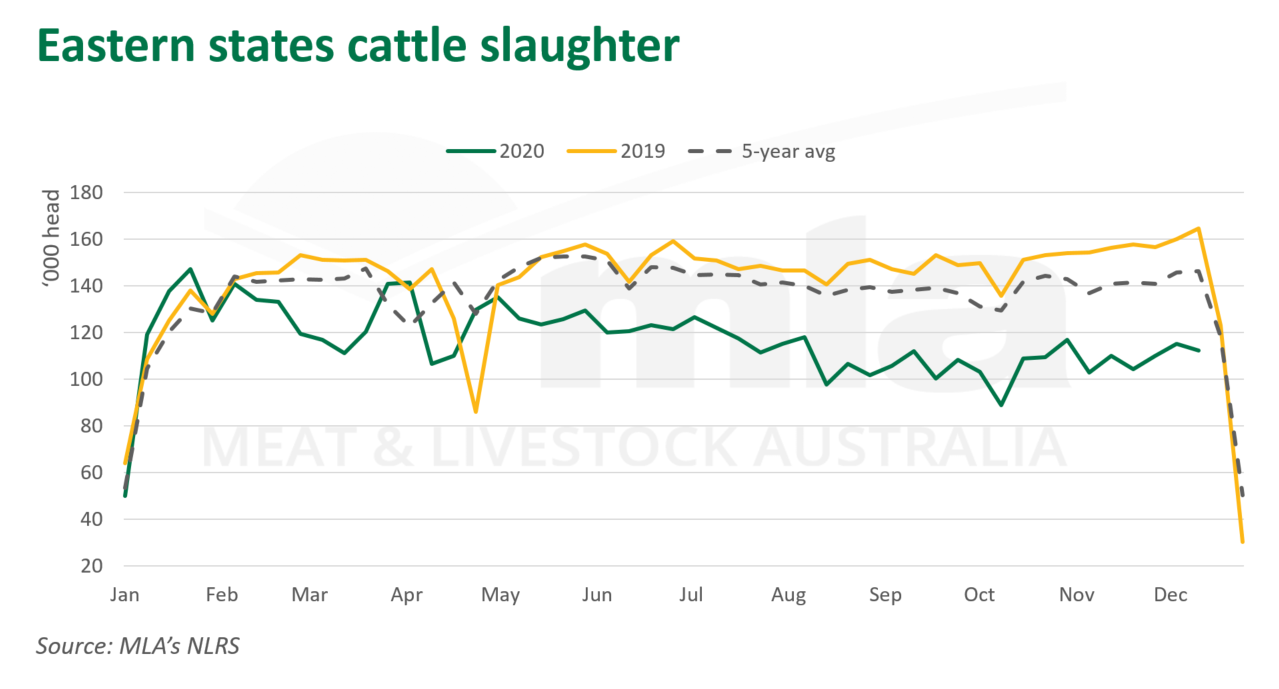 New South Wales sought large amounts of cattle out of Queensland and the Northern Territory, helping to drive herd rebuild momentum. However, significant volumes on feed, high female slaughter and an underwhelming season across large parts of Queensland, the Northern Territory and Western Australia stalled the pace this rebuild, even with a La Niña still predicted throughout summer.

Prices have since softened slightly as the selling year wraps up, but tightening supply and strong demand sentiment is expected to flow into the new year, underpinning high prices in 2021.