The Bureau of Meteorology’s (BOM) latest climate outlook is forecasting a wetter-than-average spring for most of the eastern mainland, in part due to La Niña conditions developing over the Pacific Ocean. New South Wales, Queensland, Victoria and South Australia have a 70–80% chance of exceeding median rainfall between September and November, albeit drier-than-average conditions are expected in northern WA and southern regions of Tasmania.

The chance of La Niña over the coming months lifted to 70% in the most recent BOM outlook, which is three times more likely than normal. This means wetter-than-average conditions are more likely to develop over large parts of Australia, as La Niña systems are typically associated with increased rainfall and cooler maximum temperatures. The last significant La Niña event to occur in Australia was in 2010 and caused widespread heavy rainfall and flooding.

Maximum temperatures are forecast to be cooler-than-average for large parts of the southern states over the coming months, however, the northern mainland and Tasmania are likely to see a warmer-than-average September to November period.

The entire eastern seaboard will be hoping the outlook comes to fruition, but particularly Queensland, as large areas of the state have dried up significantly since the rain event at the beginning of the year.

The impact of La Niña could further tighten domestic livestock supply, given the heightened retention of breeding stock across the cattle and sheep markets, strengthening the transition towards a herd and flock rebuild. 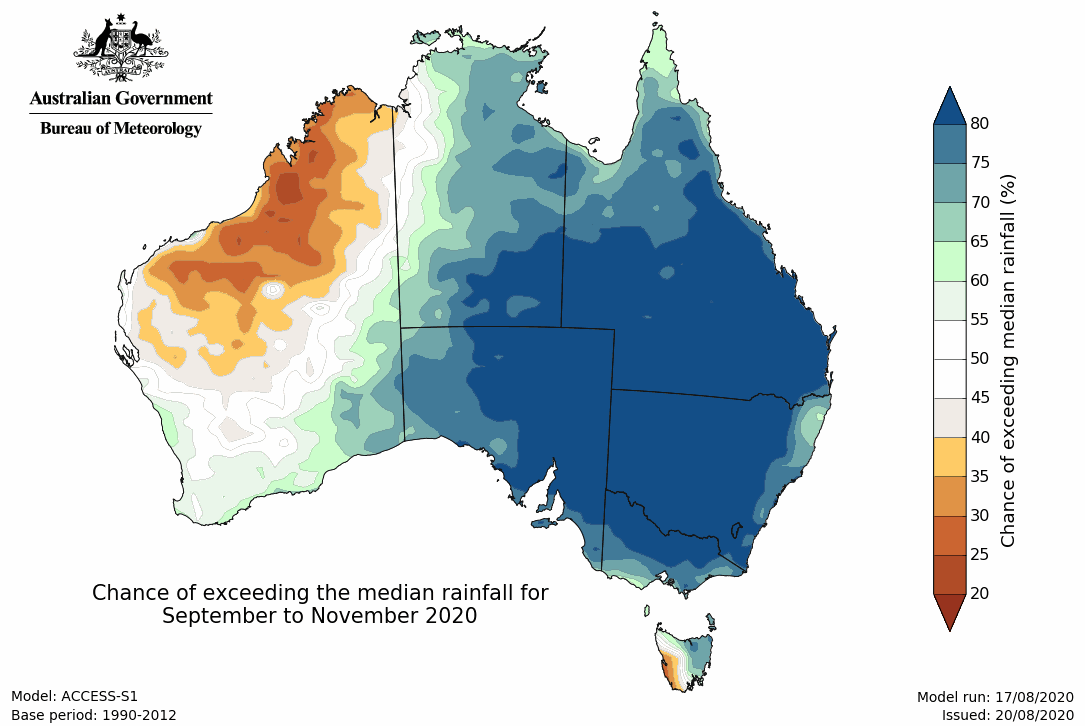