While prices for young cattle have been buoyed by restocker demand, in September, feeder buyers accounted for the largest portion of EYCI eligible cattle at 43%, up from 35% in August. Restockers followed closely, accounting for 41% of throughput, back from 47% in August, with processors making up the remaining 16%, steady with the month prior. The shift in the buyer breakdown of EYCI eligible cattle through September to favour feeder cattle over restockers illustrates the change in the spec of cattle entering the market. While restocker activity has remained robust in recent months, the supply of EYCI eligible cattle suitable for restocking appears to have started declining, with feeder buyers picking up suitable stock. 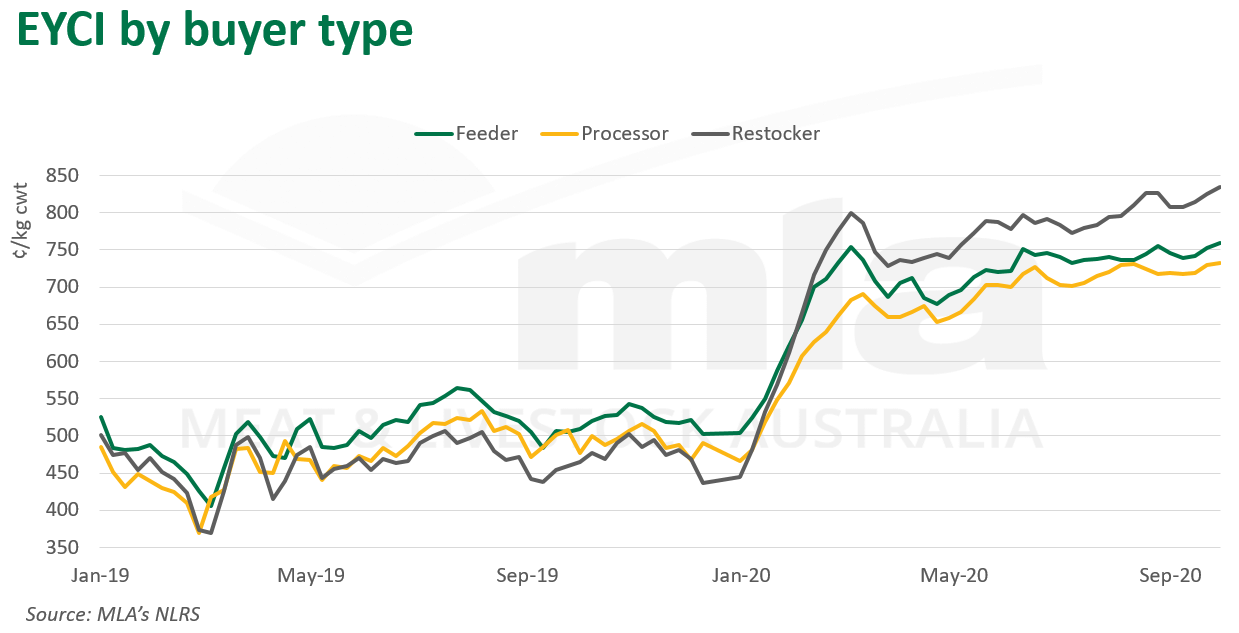 Examining the climate at a state level, the majority of EYCI eligible cattle sold through saleyards in September were sourced from the northern states, with Queensland and NSW accounting for 41% and 53% of total throughput, while Victoria accounted for only 6%. While prices for young cattle in Victoria typically trade at a premium to its northern counterparts, the heightened competition in a depleting supply pool has seen southern buyers operate at a discount in recent months.