The highest sheep and lamb yardings last week were:

For the week ending 16 October, eastern states lamb slaughter totalled 365,945 head, an increase of 14% from the prior week and 4% above year-ago levels. Victoria accounted for the largest throughput of lambs at 49%, as strong numbers of new season lambs continue to enter the market, followed by NSW at 35% and SA at 14%. 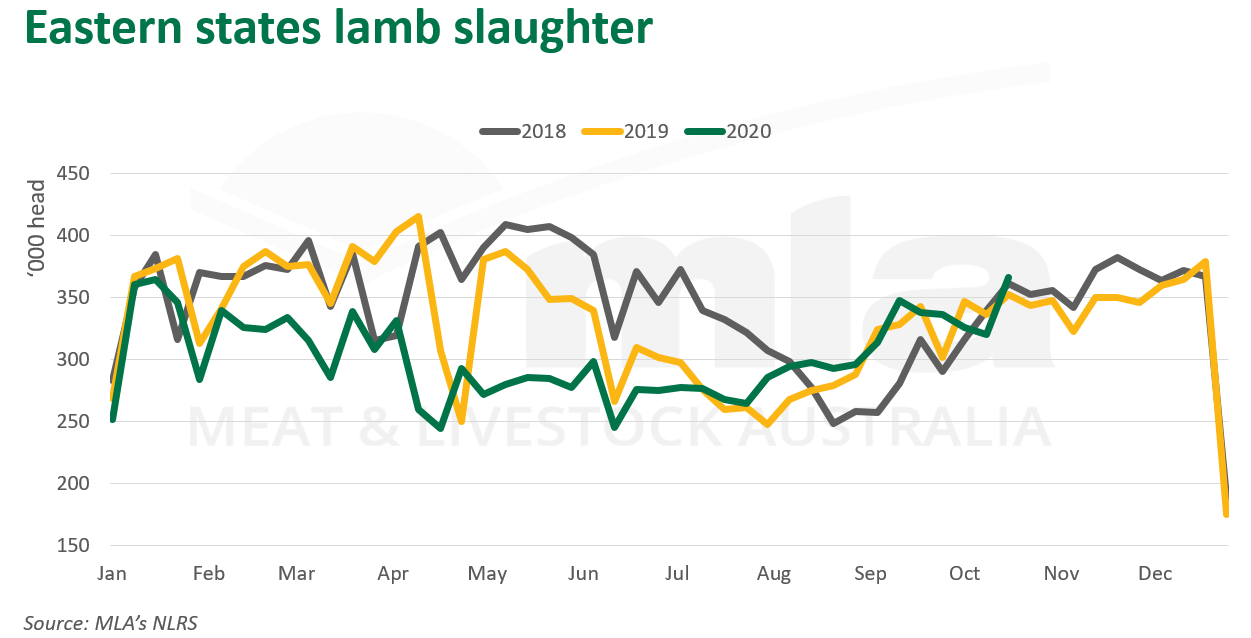 Eastern states sheep slaughter was reported 50% below year-ago levels at 71,080 head, with Victoria and NSW accounting for 50% and 35% of total sheep slaughter, respectively. The decline in supply compared to 2019 levels indicates the high retention of productive breeding ewes across the eastern states.

While lamb prices continue to decline, competition for breeding ewes remains robust, driving price increases in the eastern states. On Tuesday 20 October, the Eastern States Mutton Indicator was reported at 639¢/kg cwt, 3¢ higher week-on-week and 56¢ above year-ago levels. The current market dynamics complement producer intentions to retain productive breeding stock, as the national flock looks towards a rebuild period for the remainder of 2020 and into 2021.