Prolonged restrictions and closures in foodservice outlets, corresponding with tight domestic cattle supplies, have seen subdued beef trade volumes for the start of the year. For SEA, total volumes for the first two months of 2021 were down 25% year-on-year.

The heightened number of Australian grassfed cattle being retained for restocking purposes has resulted in a modest increase in exports for grainfed beef, especially chilled, which has lifted 22% in the 12 months to February.

Exports to Indonesia followed similar trends, contracting 21% for January and February compared to last year. Ongoing financial uncertainty and social restrictions on foodservice, public events and catering, have put downwards pressure on beef exports, with importers wanting to avoid surplus inventory. However, despite a year-on-year decline in total exports, volumes have seen a steady increase since November, when COVID-19 related restrictions started to ease in Indonesia. 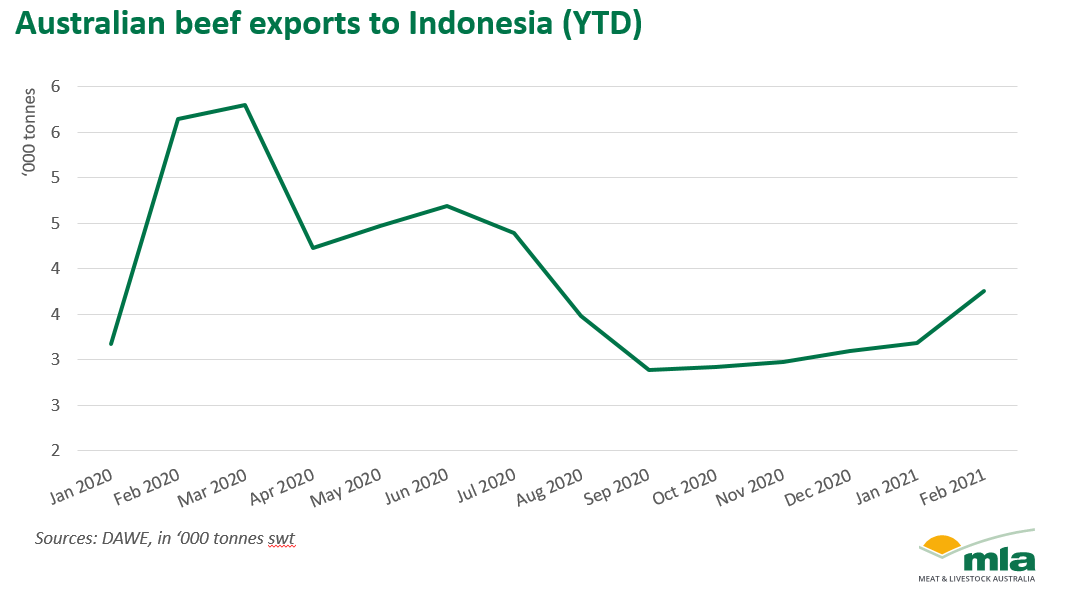 Despite total export volumes being down overall, total volumes for the first two months of the year remained steady on year-ago levels in Singapore and Vietnam. More households have chosen to consume home-cooked meals as opposed to dining out, which has helped mitigate further losses in the foodservice sector for Australian beef exports. Boxed beef exports to Vietnam for the months of January and February saw a marginal lift of 4% on year-ago levels, while export levels to Singapore moved sideways. 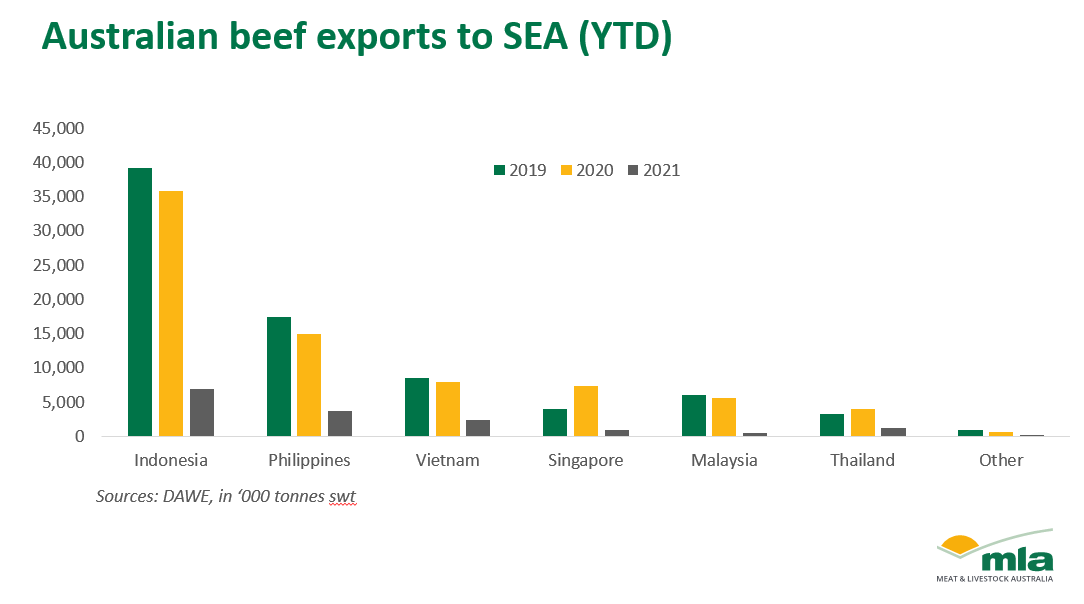 For more information on the SEA market, refer to MLA’s market snapshots.