ABS figures have been released for the March quarter, revealing the key production, slaughter and carcase weight trends for both beef and sheep.

Beef production has continued to decline since the March quarter in 2020, totalling 443,476 tonnes carcase weight (cwt) for the same quarter in 2021.

Similarly, adult cattle slaughter has declined each quarter since a year ago, currently totalling 1,413,700 head for the March 2021 quarter.

On the other hand, adult carcase weights have surged to record levels, averaging 313.7kg on the back of improved seasonal conditions and greater feed availability. Incentive to add additional kilograms in a rising 2020 and early 2021 cattle market has also led to heavier finishing weights, along with high levels of grainfed turnoff, signalled at 47% according to the ALFA Lot feeding brief (the highest in 20 years).

Higher carcase weights have helped offset the significant decline in slaughter to a degree, evidenced by production not falling at the same rate as slaughter. This trend can be seen below across all wetter seasons highlighted by the gap between slaughter and production. 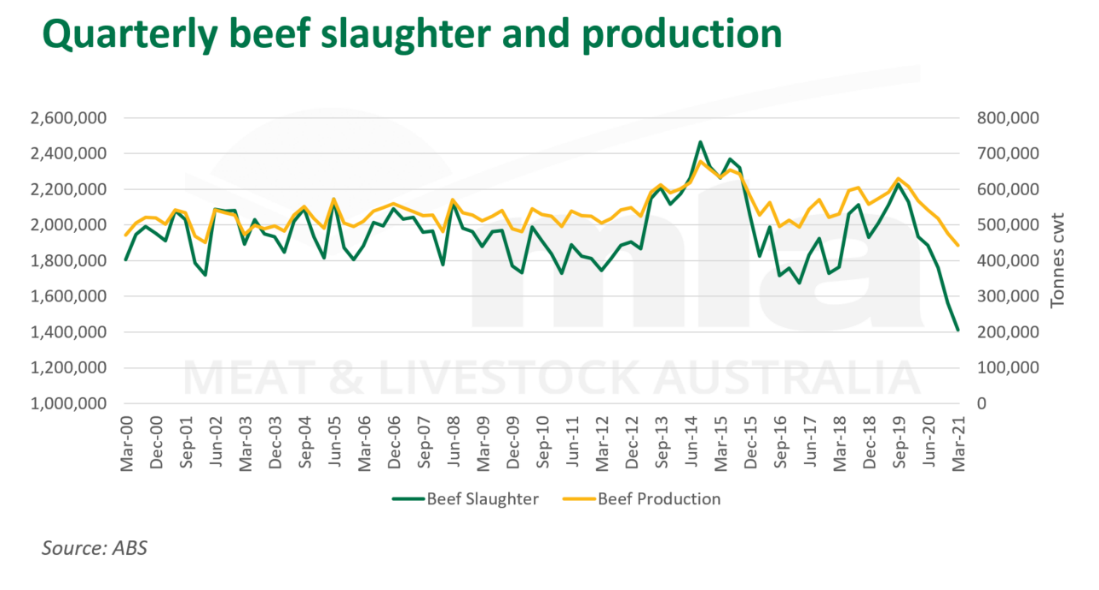 Lamb slaughter followed suit, declining 7% from December 2020 levels and 8% for the March 2020 quarter.

Lamb carcase weights across all states improved on December levels, with the national average carcase achieving 24.6kg, up 0.6kg from the December 2020 quarter and only down 0.2kg on year-ago levels. 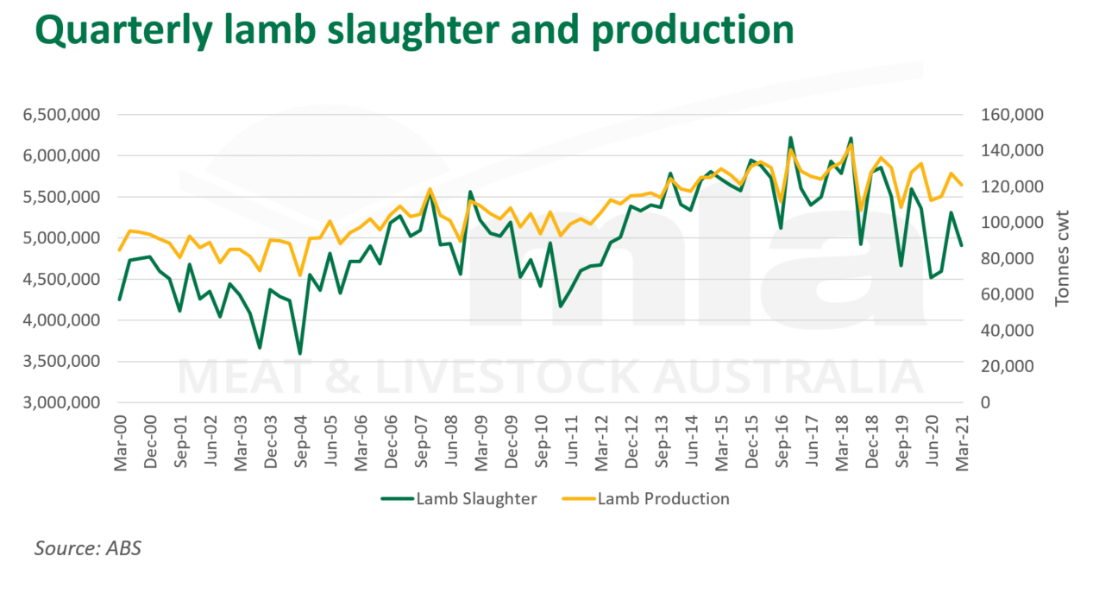 Mutton production declined by 16% from the December quarter and 38% on year-ago levels to reach 33,778 tonnes cwt. Mutton production continues to dwindle on the back of retention of breeding ewes on-farm to build stronger flock bases.