If the first quarter of the year is anything to go by, 2021 is on track to see a historically low slaughter record. The NLRS eastern states report has slaughter at 1,206,404 head for the March quarter, the lowest in over 20 years. Continued rainfall and an abundance of feed in many cattle producing regions has ensured tightening domestic supply of finished cattle.

Slaughter in March totalled 391,189, firm on February volumes and a significant improvement on January. Recent rainfall and flood impacts dented the potential for higher levels to be achieved, as logistical issues impacted livestock activity, and subsequently reduced operations for the short-term. The Easter lull brought a mere 72,000 head for the week ending 2 April. 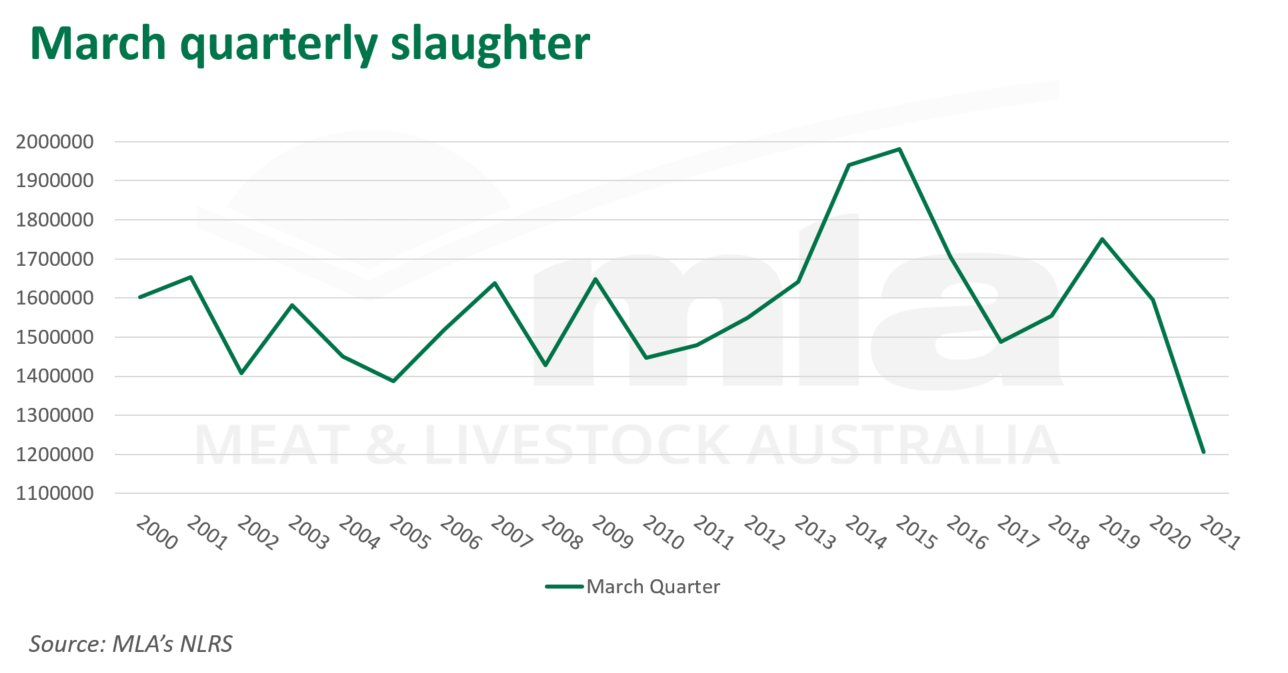 Recent rainfall across the eastern states, and Queensland in particular, will continue to support restocker intentions, placing pressure on finished cattle supply throughout the autumn and winter months, with the hope of an uptick later in the year.

With feeders continuing to pay premiums in the market, some restockers have looked to sell off weaners or yearlings to backgrounders or feedlots and not feed out to heavier weights on grass to capitalise on strong prices. This has resulted in a higher proportion of grainfed cattle going to slaughter.

As more cattle are retained, feedlotters are likely to stay active and support a larger contribution of finished product, until the effects of the rebuild come to fruition and grassfed stocks can better support production. Nevertheless, cattle coming off grass, particularly in NSW, are entering saleyards and abattoirs with great condition, evidenced by record weights across the supply chain.

The BOM three-month outlook (April–June) for the eastern states isn’t as promising as the first quarter of the year, potentially allowing some respite for processors and prompting more finished stock onto the market. Abundance of feed and high demand will continue to apply price pressure until conditions deteriorate or volumes significantly increase.

The latest slaughter data can be found here. 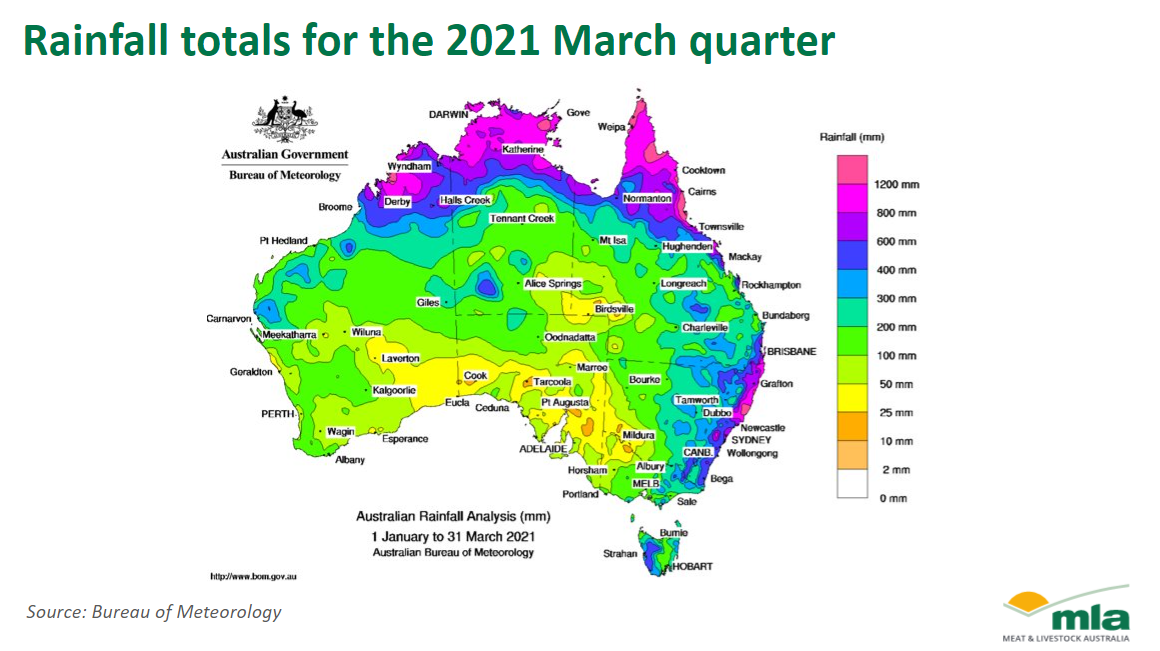