It has been a slow start for the processing sector this year, with volumes down significantly from 2020 levels. The first seven weeks of 2021 have brought in 36% less processor cattle according to the National Livestock Reporting Service (NLRS), falling from 850,000 head in 2020 to 544,000 head. Looking at the state breakdown, Queensland has experienced the largest decline of 38%, with NSW and Victoria experiencing reductions of 33% and 37%, respectively, for the year-to-date. However, recent slaughter has seen a consistent trend for the last two weeks at 97,000 head, bouncing back slightly after a slow start but still well below average levels. 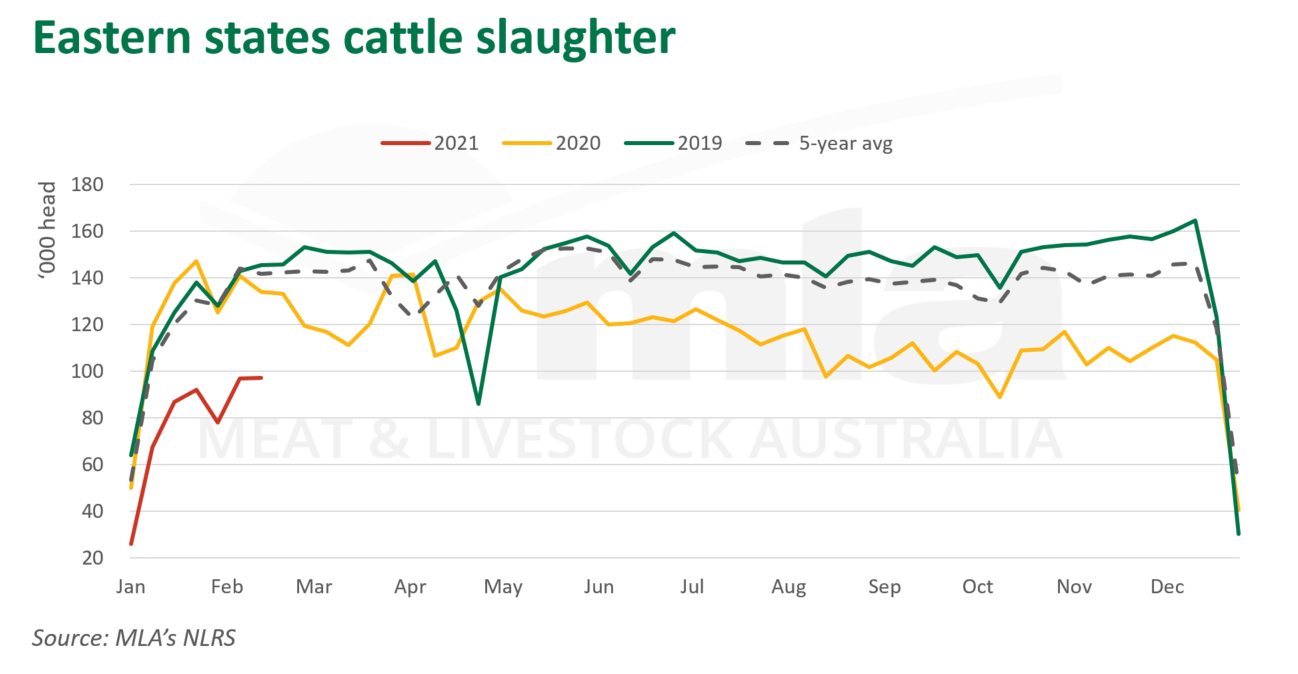 All categories of cattle sold to processors at the saleyard are down 39% year-on-year for the week ending February 12. Throughput of processor cows in particular has incurred a constant decline in the last 12 months, down 52% year-on-year, and reporting only 5,206 head last week. These figures are symbolic of the rebuild efforts and tightening supply of female cattle available for slaughter. In 2020, there was a buying frenzy of cows as producers looked to firm up their breeding herd, contributing to higher retention on-farm and less amounts going to slaughter.

Beyond volume, the continued weight gain of cows going to processors since August last year is also evident. Average cow weights are averaging 590kg, 40kg higher than the same time last year, a testament to the season. The higher weights, coupled with rising prices, have meant producers who bought cows and decided to sell have been able to cash in on premium processor prices. 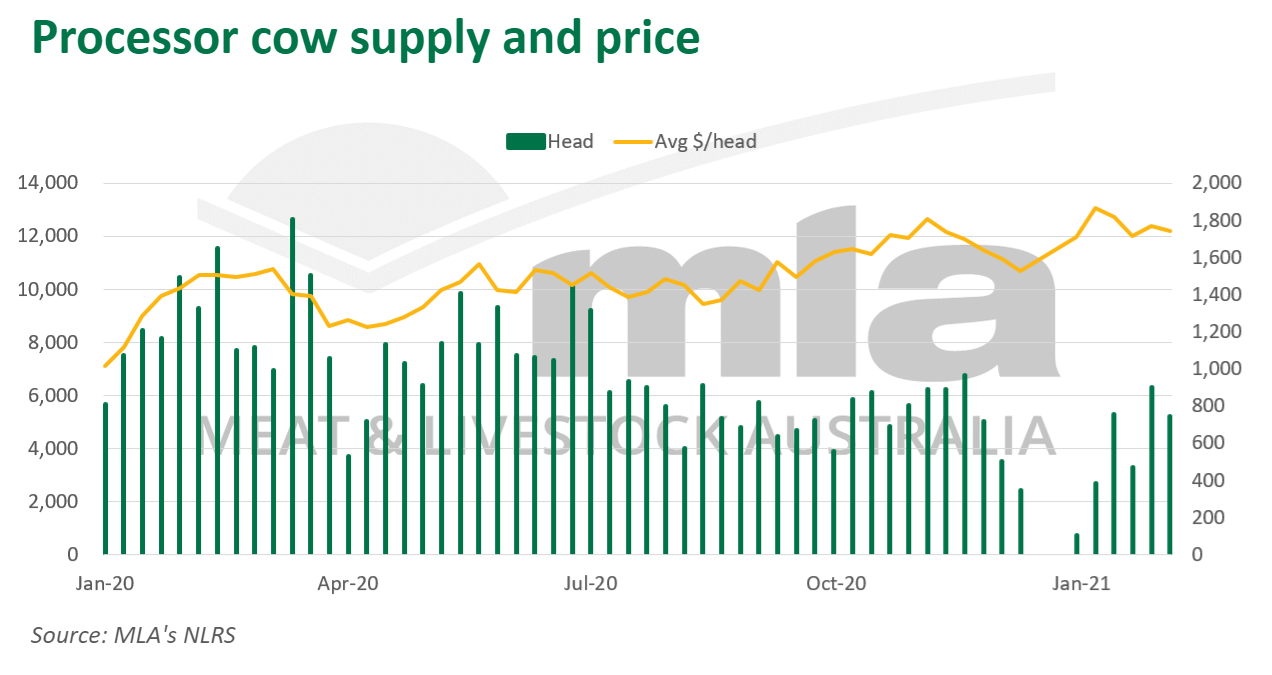 Lower saleyard throughput and production are certainly transferring into the export market, with January export volumes down 37% year-on-year, totalling just below 50,000 tonnes shipped weight (swt). Evidently, the declines have been consistent across the whole supply chain, a direct flow on effect of limited supplies of prime cattle being sold at the saleyard or going direct to works.