Recent ABS data was made available for MLA, highlighting goat slaughter and production trends for the March quarter. The data shows a declining level of goatmeat production since 2016. The data has goatmeat production at 4,632 tonnes cwt for the quarter, a 5% lift on Q1 2020, but 37% below the 10-year quarter average.

NSW and WA have experienced the largest declines in recent years, with only 96 and 2 tonnes produced by each state respectively, with Victoria experiencing a modest uplift. Factors that can be attributed to lower production include volatile supply of rangeland goats, seasonal conditions and COVID-19 disruptions to trade. The drop in production also highlights that producers are not harvesting as many rangeland goats as they were during the drought – allowing goat populations to rebuild. 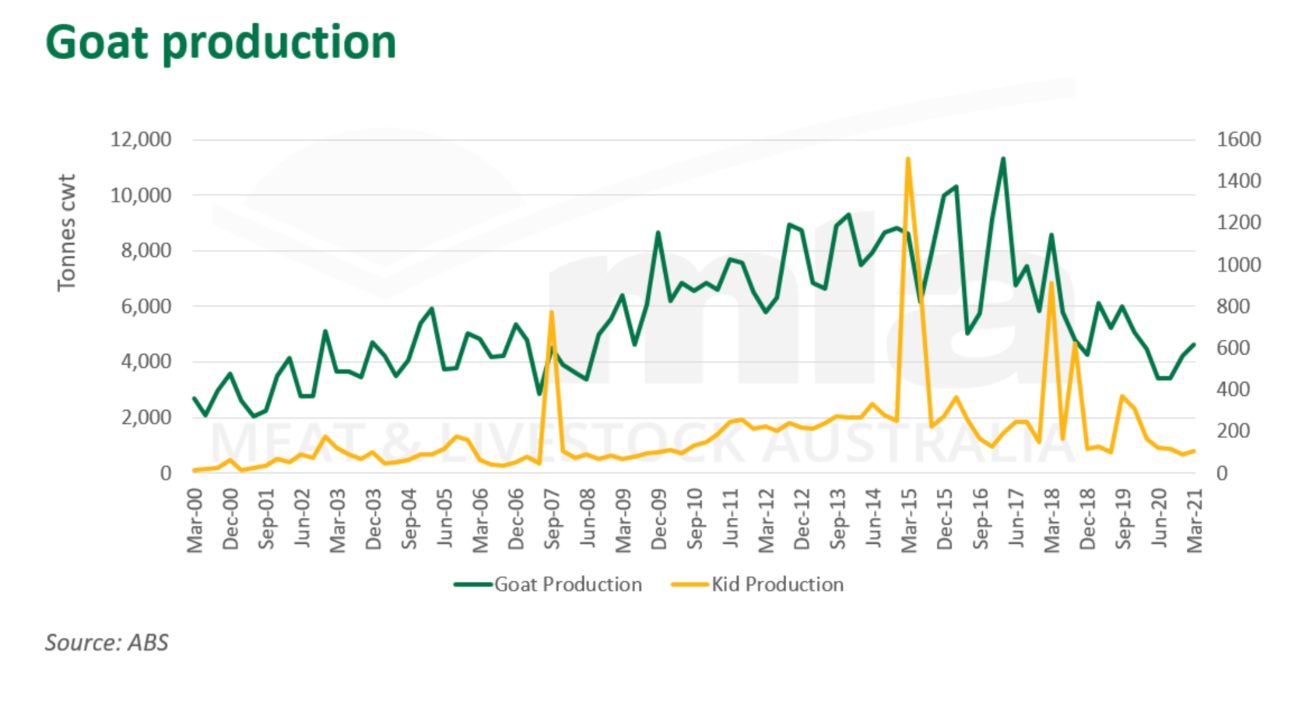 Goatmeat remains a niche part of many consumers’ diets, mostly among key ethnic segments. Australia only caters for about 1% of the global goat production. Lower production is also being reflected in exports, with the US currently acquiring 55% of total exports and the remainder going to Asia and the Caribbean.

Goatmeat production traditionally rises in the March quarter as conditions are typically drier, enticing producers to offload. Kid slaughter has also declined since the previous March quarter, down 36% at 107 tonnes cwt. This could be reflective of potential rebuilding activity, as producers see upside in keeping young goats to grow out and breed as seasonal conditions improve across key regions such as northern NSW, southern Queensland and WA.

The aforementioned improvements may contribute to a greater number of goats being produced in the medium-term as younger kids become available for slaughter and local conditions improve along with the export trade. The vaccination rollout will likely aid global foodservice demand and historically high prices should also assist in more goats coming onto the market. 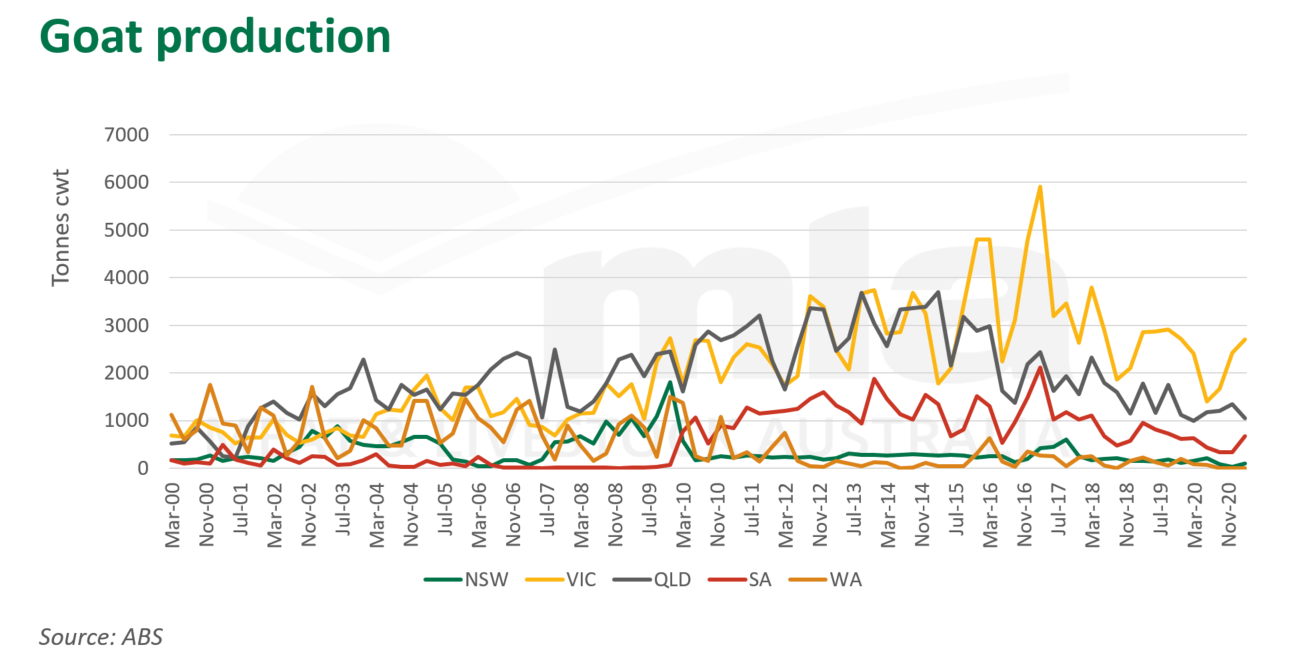 Millions of livestock migrate from west to east