The most recent Bureau of Meteorology (BOM) outlook forecasts a wetter-than-average winter for most of Australia, including for winter dominant rainfall areas where the majority of Australia’s sheep flock is located.

The main influence driving the above-average rainfall forecast is a negative IOD. In periods of a negative IOD, the Indian Ocean is warmer along the Australian coast, increasing convection and rainfall over Australia. 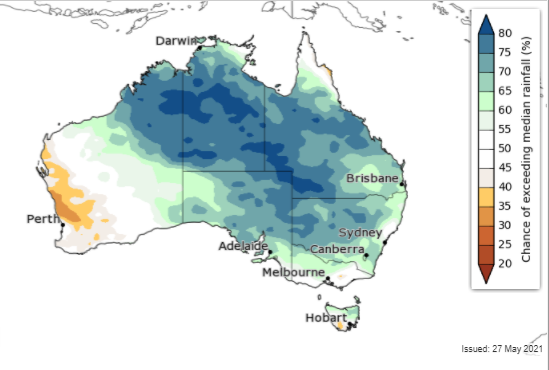 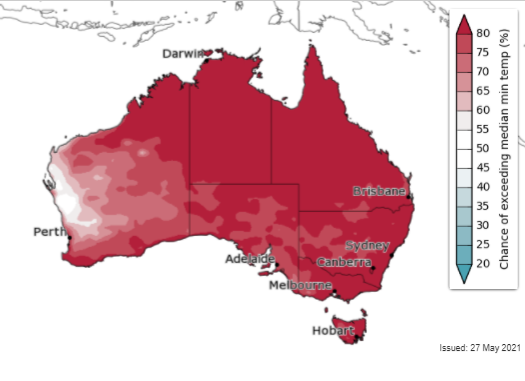 For producers, increased rain and moderate-to-high temperatures are also expected to lead to higher marking rates and heavier lamb weights.

This recent outlook is encouraging for producers in central Victoria who have experienced a dry autumn. Similarly, it will be welcomed by WA producers who have endured a number of below-average seasons.

This weather forecast underpins MLA’s sheep and cattle projections that forecast both a national flock and herd rebuild in 2021. On the back of this outlook, sheep producers are expected to retain breeding ewes, both old and young, to build out their flocks.