Australian beef exports were steady in May, reaching 99,000 tonnes swt. Relative to 2019, beef exports are now down 3% for the year-to-May. Tightening cattle supplies have flowed through and impacted export numbers, however, given the range of challenges and headwinds caused by COVID-19, this small decline shows the strength of Australia’s diversified export industry.

Reduced beef production in the US places Australia at an advantage

As discussed last month, US beef production has faced a temporary trough due to COVID-19, causing a slowdown in chains and temporary closures of some meat packers in the US. Australian beef exports to the US jumped last month, climbing back to 21% of total Australian exports and reaching 20,500 thousand tonnes swt. This growth coincided with a sharp rise in the value of the US 90CL imported beef indicator, a common yardstick for measuring the demand for imported beef. Last week the 90CL indicator was up by 23% on prices seen in late April, highlighting the increase in US import demand as concern regarding domestic production emerged in the marketplace. While year-to-May exports to the US are down 14%, this can mostly be attributed to the impact of COVID-19 slowing foodservice channels, the prominent destination for Australian beef. 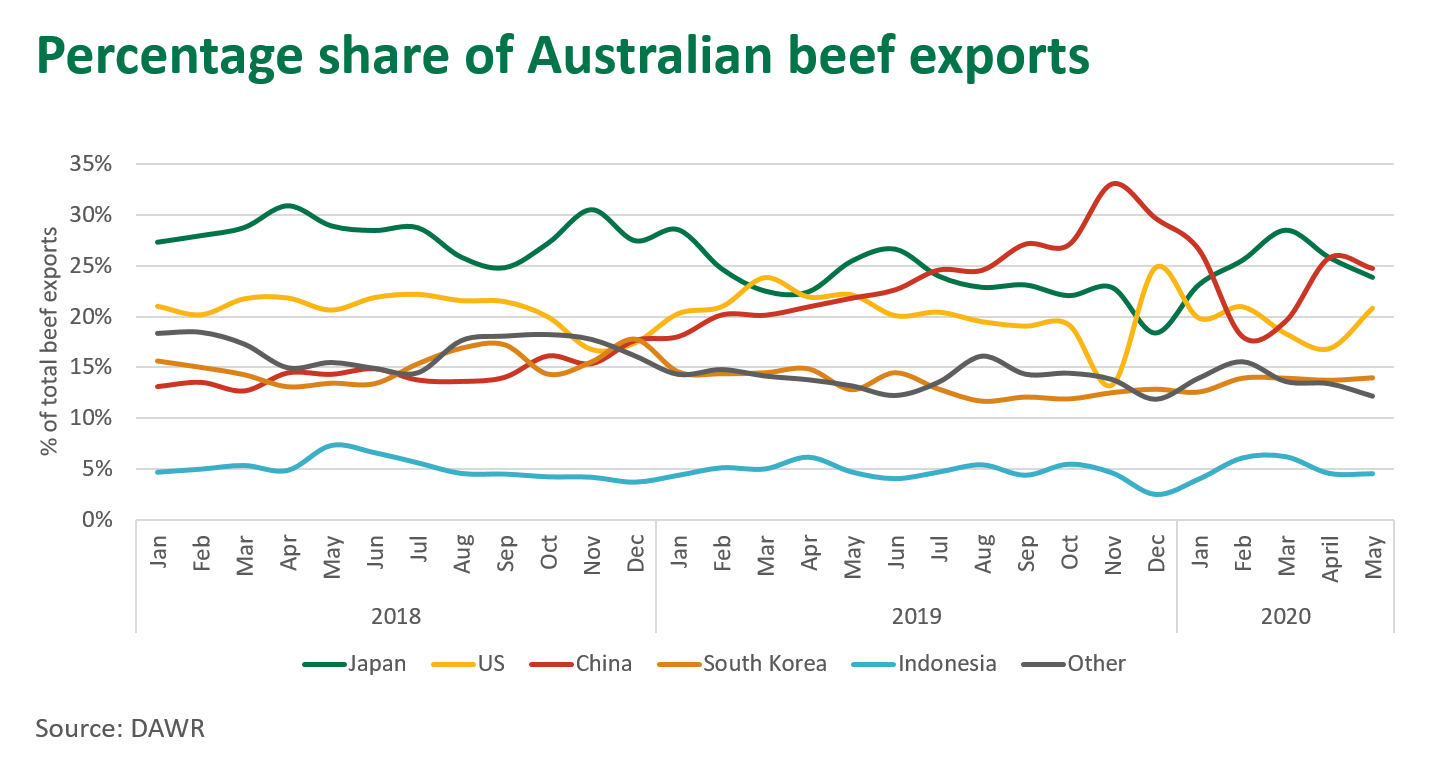 Australian beef exports to Asia solid as US exports dwindle

This rise in the price of the US 90CL indicator has coincided with a comparable dip in the volume of US weekly exports. The US is a major supplier of beef to South Korea, Japan, Taiwan and the Philippines, and with US exports struggling off the back of reduced production, this has been favourable towards assisting demand for Australian beef. For the year-to-May, exports to China and Japan have both grown relative to 2019, while other Asian destinations such as South Korea, Indonesia and Taiwan have dropped back slightly. Considering that NRLS cattle slaughter is running 10% back on last year, export volumes have been steady.

As discussed last week, other suppliers such as Brazil and India have been struggling with processing capacity as a result of COVID-19 implications. Lockdown measures in India have impacted exports of Indian Buffalo Meat (IBM), which has supported demand for Australian beef in Indonesia. Indonesia accounts for roughly 5% of all Australian beef exports, and demand has remained steady, supported by the efficient manner in which Australian meat packers have managed processing and logistical challenges through COVID-19.

While competitors have been struggling to maintain typical beef production levels, these trends will likely only remain in the short term. Last week US production levels returned close to volumes produced in the same week last year, and export volumes will likely follow in the coming weeks. As for Brazil and India, it is trickier to predict when volumes will recover due to the escalating number of COVID-19 cases and difficult nature of sourcing accurate production figures. However, it is expected that as meat packers adapt to new norms, production volumes will also recover to some level of normality. As these suppliers look to ramp production back up in the coming months we may see some heightened levels of competition placing pressure on prices.

After a remarkable decline in March, the Australian dollar has rallied back, once again breaking the 70 US cent mark on 5 June. The temporary drop in exchange rate was beneficial for the value of Australian exports through the initial outbreak of COVID-19. However, expectations are now for the Australian dollar to remain strong through the remainder of the year, limiting the upside potential for exporters. 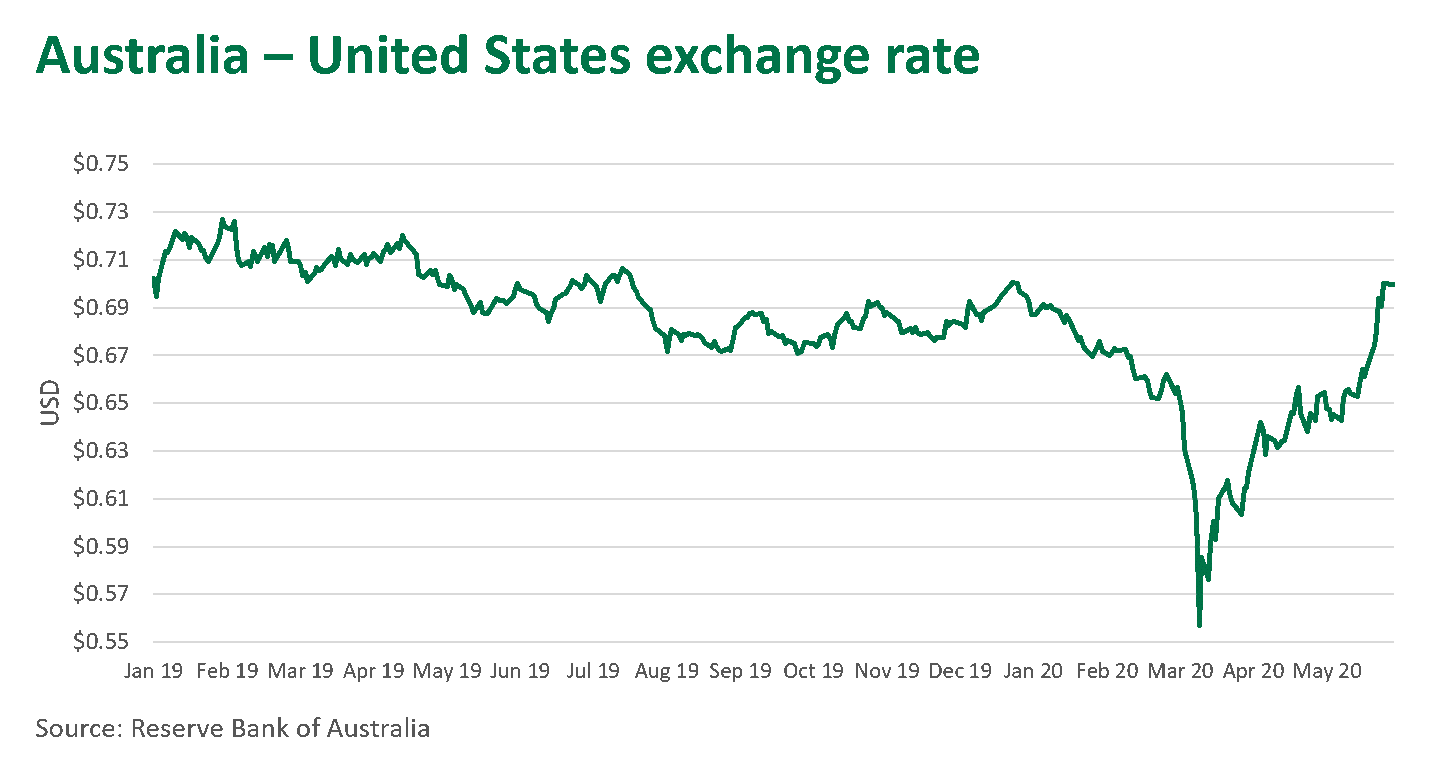