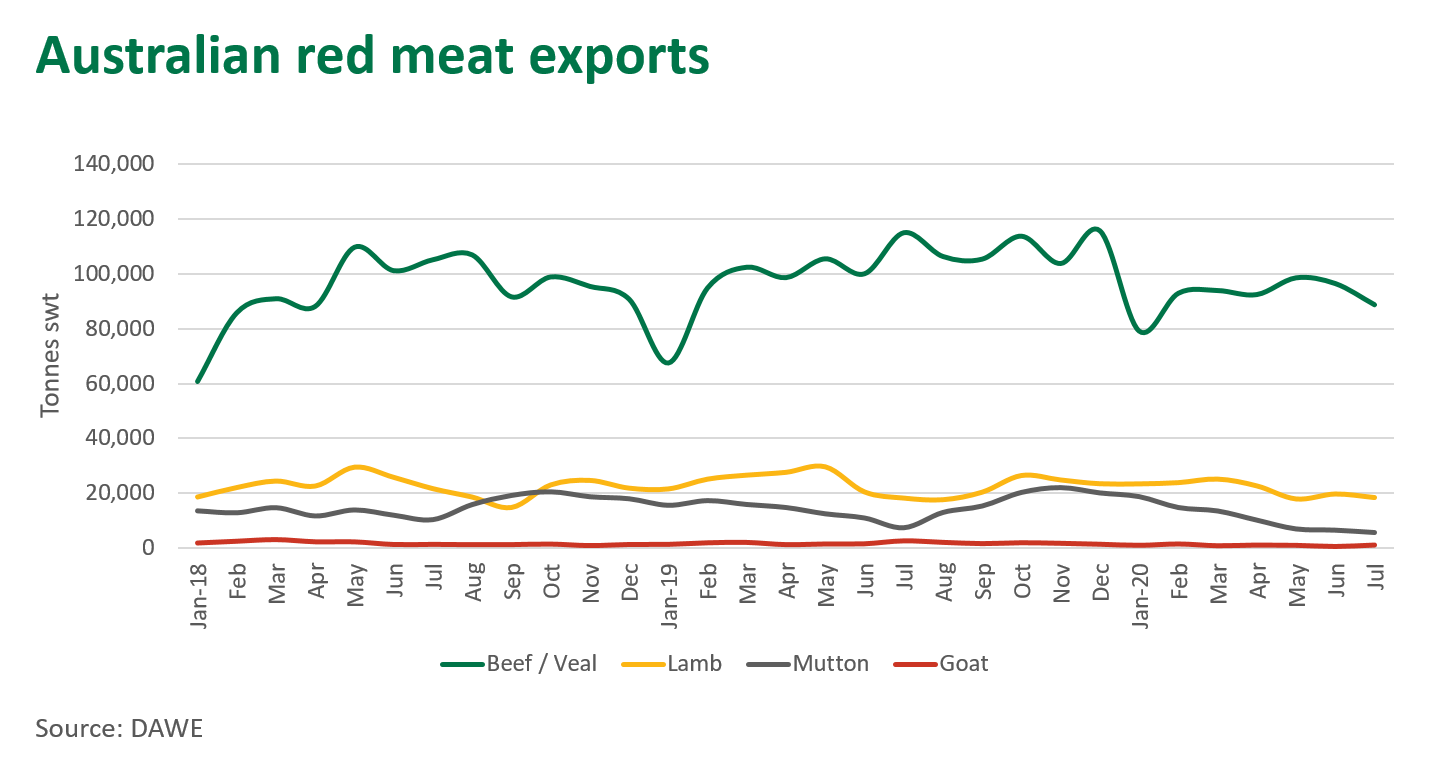 The US was Australia’s top destination for beef exports in July, with volumes reaching a steady 23,700 tonnes swt, on par with July 2019 levels. Retail demand remains upbeat, as the spread of COVID-19 continues to complicate the re-opening of foodservice outlets across various states.

Beef shipments to China contracted for the second consecutive month, reaching just 12,500 tonnes swt, half the volume sent in July 2019. Subdued demand from China was influenced by a higher tariff imposed on Australian beef due to reaching the quota safeguard in June, strong competitor presence and the temporary delisting of four Australian plants. The pace of Chinese beef imports is expected to sit below 2019 volumes for the remainder of the year.

July beef exports to Japan were down 24% year-on-year, just shy of 21,000 tonnes swt. Tighter volumes are likely due to a combination of supply and demand factors. Mid-range eateries and hotels are some of the major users of Australian beef, but demand has been reduced due to social distancing rules, shortened business hours and a loss of tourists/business functions. Japan appeared to have combatted the spread of COVID-19, however, through July the number of new daily COVID-19 cases lifted gradually. This is likely to impact the recovery of foodservice channels and subsequently the demand for imported beef. 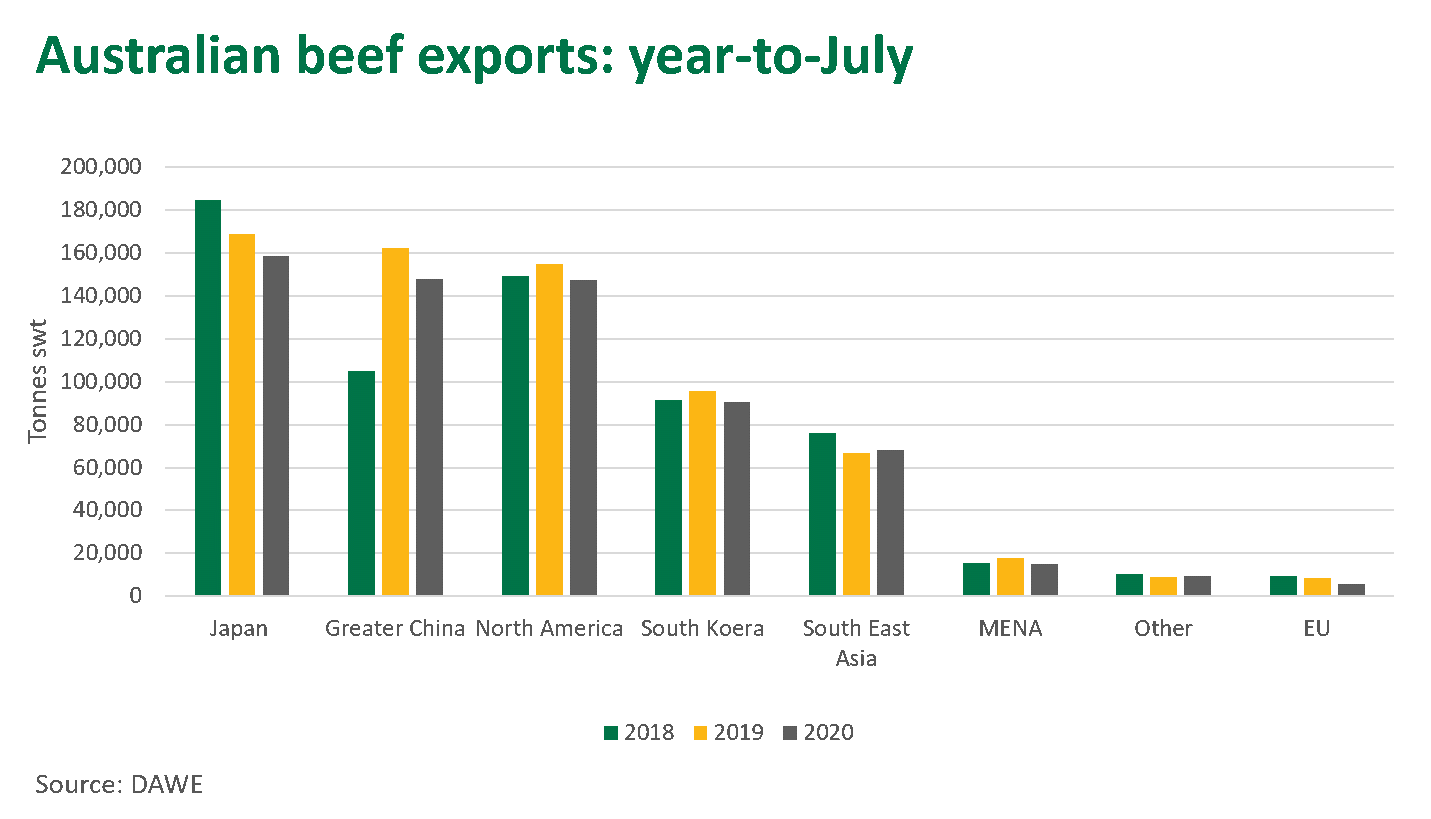 China remains the top market for sheepmeat, however, the US has been closing in quickly over the past two months. July sheepmeat exports to the US were solid, with lamb shipments registering an increase of 51% year-on-year and mutton an increase of 33%. In comparison, sheepmeat trade with China and the Middle East was subdued, with both regions experiencing a decline of 20% and 27%, respectively. 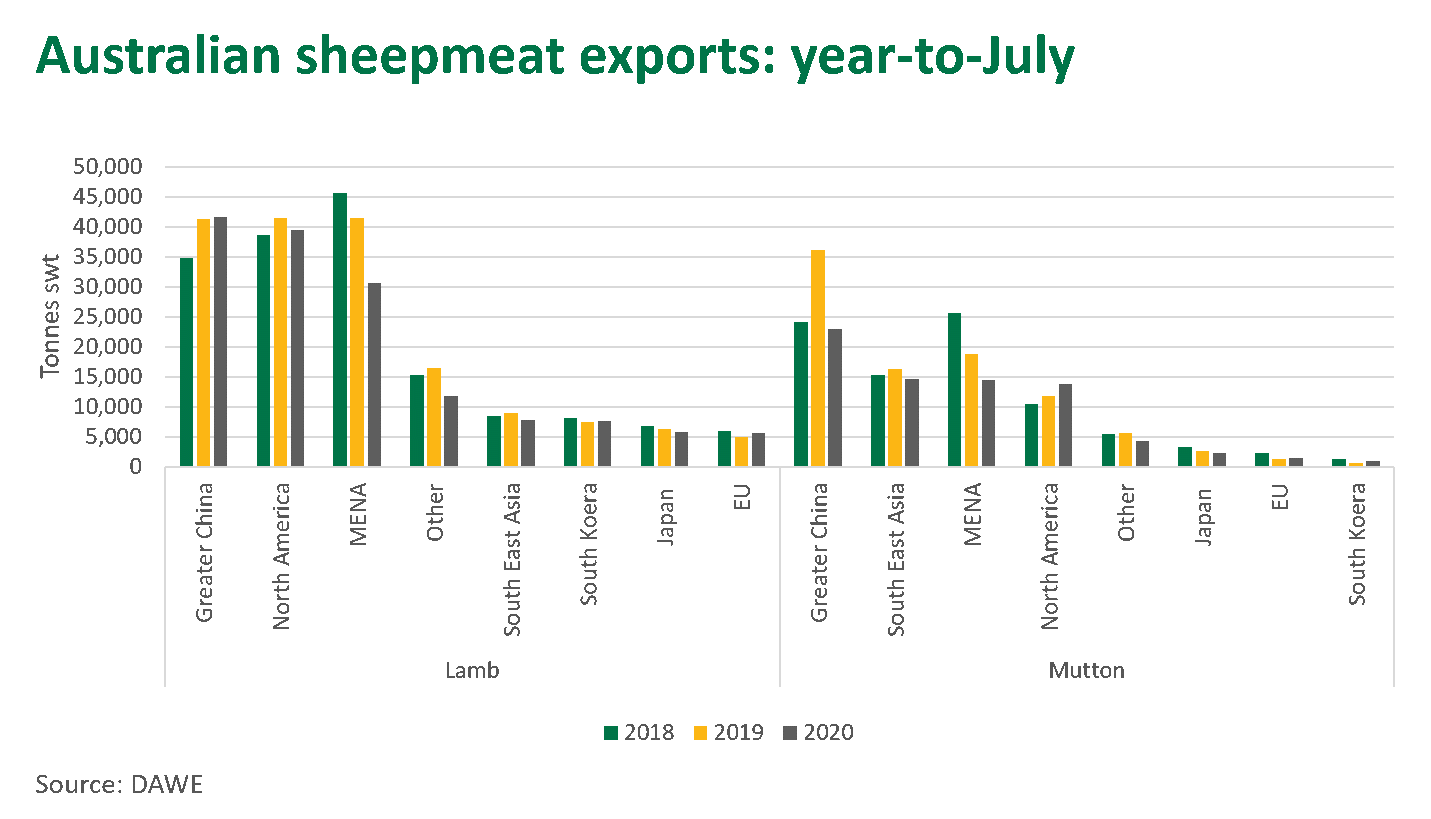