In recent weeks, attention in the cattle market has focused on young cattle, while at the same time, the finished end of the market has also reported strong price trends. Limited availability of cattle in the store market is bolstering already elevated prices, and demand for grinding beef in domestic and global markets has seen competition between processors and restockers continue.

While cattle slaughter has been subdued throughout 2020, it is typical to see an uptick in throughput towards the tail end of the year. For the week ending 11 September, eastern states cattle slaughter was reported at 111,900 head, an increase of 6% on the week prior, but 23% below year-ago levels. Queensland accounted for 51% of eastern states throughput at 57,500 head, back 28% on the same period last year. NSW followed, contributing 25% of total slaughter at 28,300 head, 17% below year-ago levels, while Victoria accounted for 17% at 18,900 head, 19% lower year-on-year. 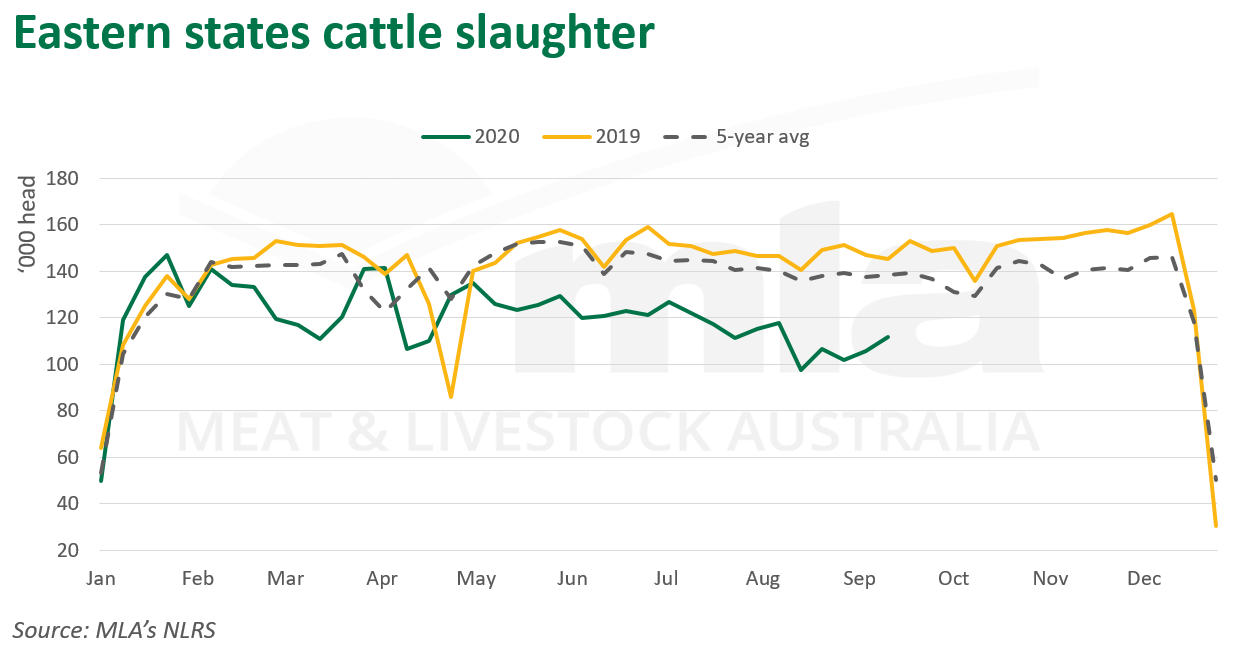