Recently, the record high Eastern Young Cattle Indicator (EYCI) has received significant attention, although western cattle prices are performing even stronger away from the spotlight.

Cattle prices in Western Australia remain high on the back of tight supply. Since 13 February, the WYCI has continued to trade higher than its eastern states counterpart.

This week, the WYCI was trading at 967.75c/kg, only 1% behind the record of 979c/kg set on 18 March this year, with the WYCI remaining above 950c/kg for the last three weeks, demonstrating continued demand for western cattle after much-needed rain for some key cattle regions. 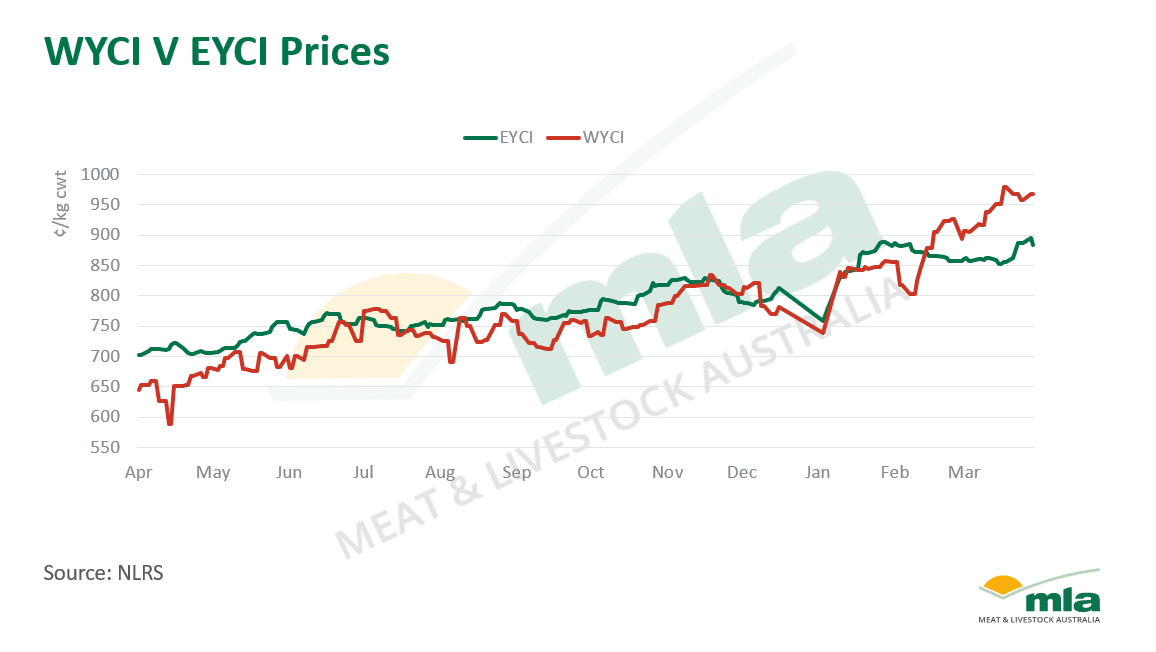