Falls of rain between 50mm–200mm have been recorded of late across much of the nation.

However, parts of central NT as well as the Pilbara and Kimberly regions have experienced little to no rainfall in the last week.

The Bureau of Meteorology (BOM) has charted the rainfall in the last week in the diagram below.

Recent weather events in Queensland have reduced production for processors across the state.

Last week, some areas of coastal Queensland experienced between 300mm–400mm of rain, causing flooding that has cut roads and affected the ability of processors to maintain a reliable supply of livestock.

This comes shortly after major flooding events in inland southern Queensland, inland northern NSW and coastal NSW during the month of April.

Some major saleyards, such as Roma in Queensland, are not going ahead with sales this week due to the recent weather events. 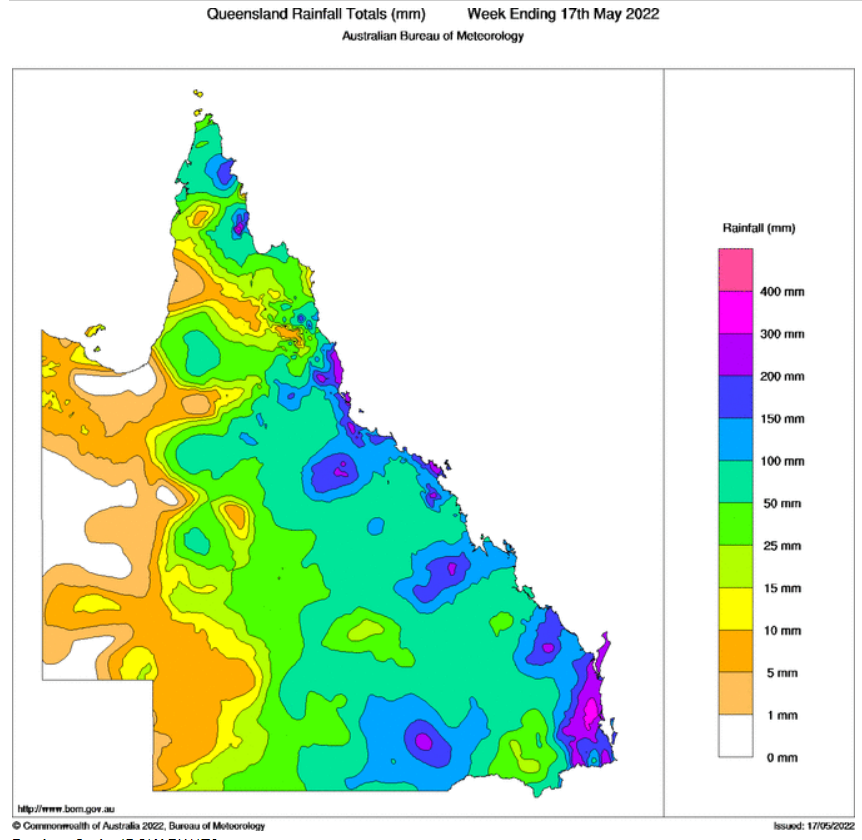 The recent floods have also seen high stream flows on the southeast coast and in the Murray-Darling Basin, allowing these reservoirs to reach full capacity.

Storage in northern Australia has increased during monsoon season to reach above 75% capacity, but there have been low storage conditions in parts of central Queensland and the Wimmera-Mallee region.

According to reports by BOM, the total storage volume in Australia is now at 69% full capacity, with root zone soil moisture between 44% and 95% across much of the coastal areas in the east.

The root zone soil moisture was below average in April for western and central Tasmania, southwest and central Victoria and the coastal areas of South Australia. The northern tropics along the Queensland coast and much of the Northern Territory, moving into the Kimberly and Pilbara regions, have also been experiencing below average soil moisture in the root zone. This will have an impact on the success of pasture growth and any grain production for the coming season. 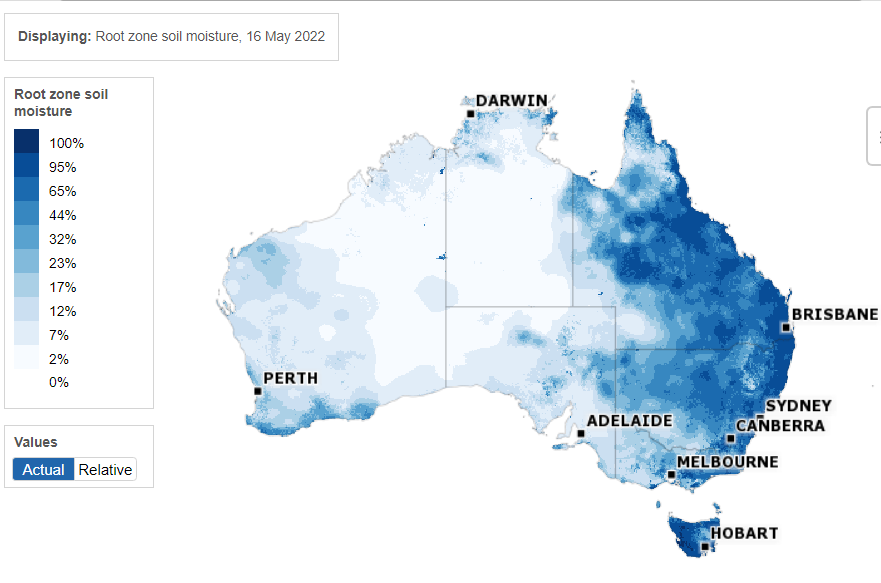 Although many areas have been experiencing large falls of rain, there have been serious rainfall deficiencies experienced in the Northern Territory at the base of the state, as well as in central parts of the Queensland coast. Rainfall in April was also below average for western Tasmania, the coast of South Australia and the southwest of Victoria.

The June-August outlook for rainfall and temperature are looking to be favourable for southern Queensland and northern NSW, but higher temperatures further north could create challenges for producers. Pasture growth could be limited and water retention might be reduced significantly if higher temperatures are reached, increasing evaporation. 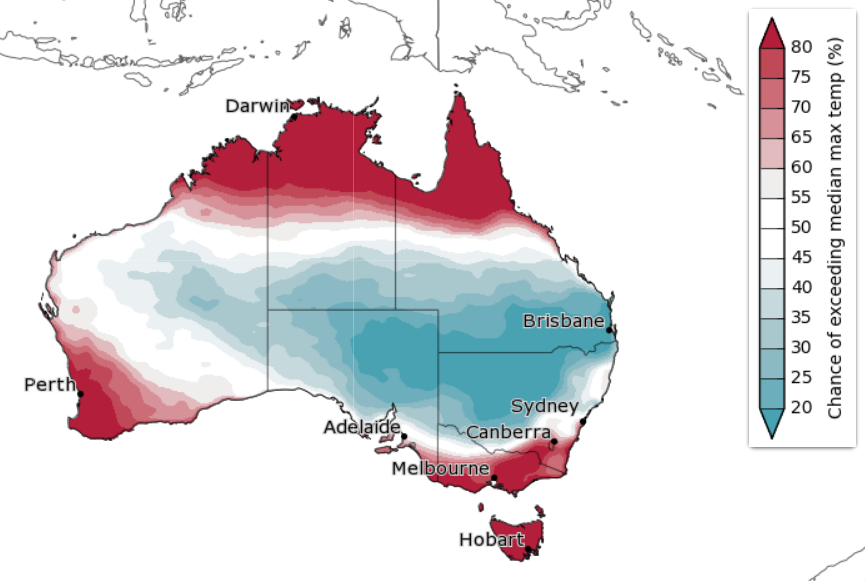 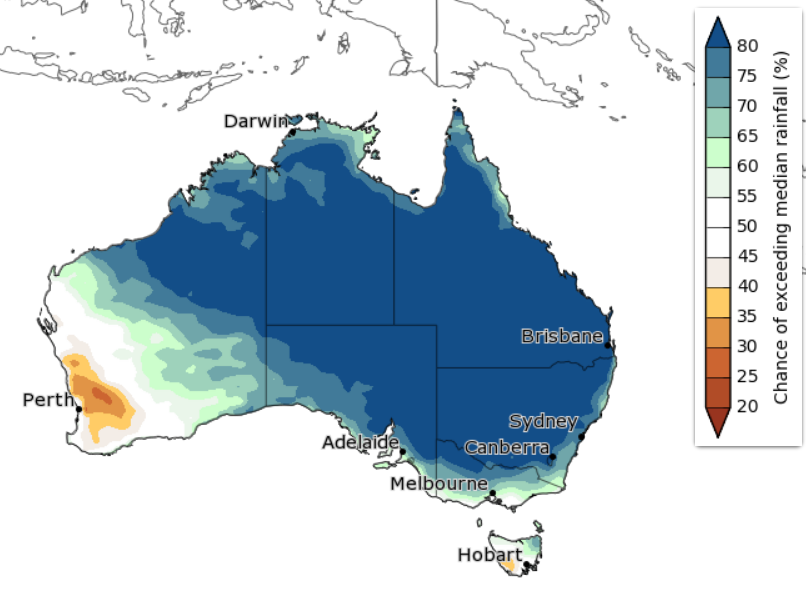 Meanwhile, the outlook for some areas of the WA wheatbelt are also looking less than ideal, with expected below average rainfall in these areas. This, along with higher expected temperatures, could cause challenges for these mixed farming systems.

As we move into the winter months, future rain events could further impact on saleyards and processing.