Industry is represented by: Cattle Council of Australia

Who collects the levy:Australian Government Department of Agriculture and Water Resources - Levies

How we consult on where your levy is invested:

Marketing: In July 2017, MLA's 'Australian Beef. The Greatest' campaign was launched, inspiring consumers to reconnect with beef - the greatest meat on earth.

Meat Standards Australia: Meat Standards Australia (MSA) was developed by the Australian red meat industry to improve the eating quality consistency of beef and sheepmeat. More than 2.7 million cattle were graded through the MSA program in 2016-17, delivering an estimated $130 million back to beef producers through additional farm gate returns.

Targeting buffalo fly: A three-year R&D project is underway to investigate controls to target buffalo fly - one of Australia’s most significant cattle pests, estimated to cost the industry $99 million annually. It will focus on direct control of buffalo fly populations using an agent known as Wolbachia. 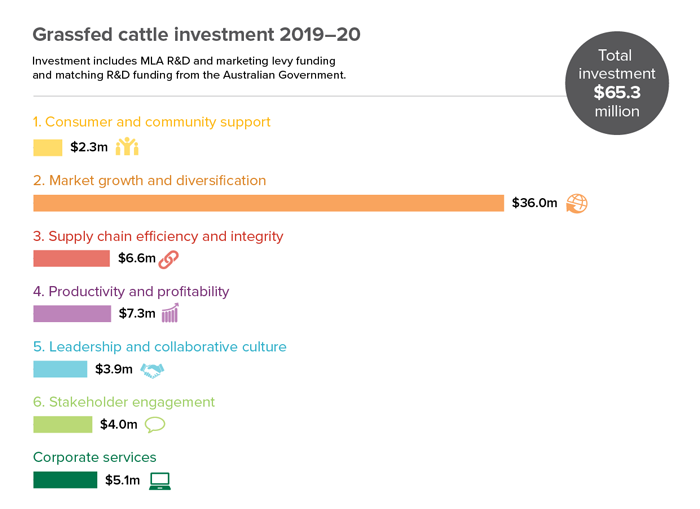