Back to About MLA

Name of the levy: Sheep or lambs transaction levy

Who collects the levy:Australian Government Department of Agriculture and Water Resources - Levies

How we consult on where your levy is invested:

Marketing: MLA’s 2017 summer lamb promotion was spearheaded by the ‘Celebrate Australia’ campaign and resulted in the average volume sales of lamb increasing by 23% during the campaign – the third highest result on record.

Pasture Trial Network: The Pasture Trial Network (PTN) tool was launched in September 2017 to enable southern producers, for the first time, to assess and compare the performance of more than 100 pasture varieties across the key pasture species for the industry. It was the culmination of more than 10 years’ work by MLA forming a partnership with all major pasture seed companies, developing research protocols, and undertaking trials to deliver meaningful data to producers to help with their pasture variety decisions.

Sheep genetics: Sheep producers using Australian Sheep Breeding Values (ASBVs) now have access to more accurate, reliable data on more animals in LAMBPLAN and MERINOSELECT, with these databases now including all information from genomic testing for Merino, Poll Dorset, White Suffolk and Border Leicester breeds. The groundbreaking work was led by Sheep Genetics, which is managed by MLA. 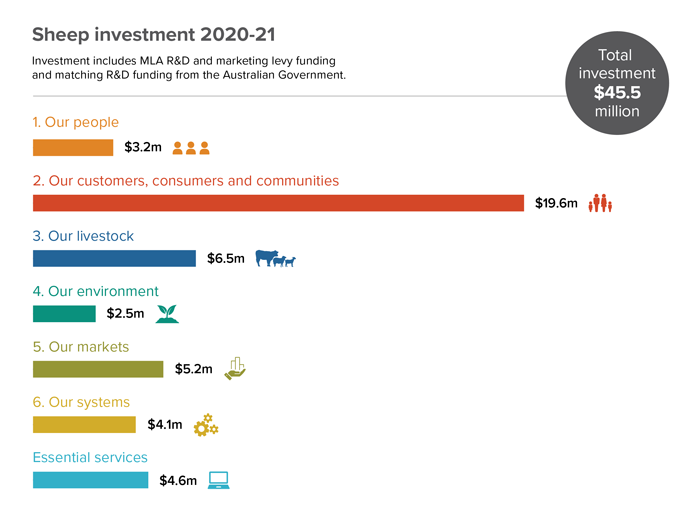